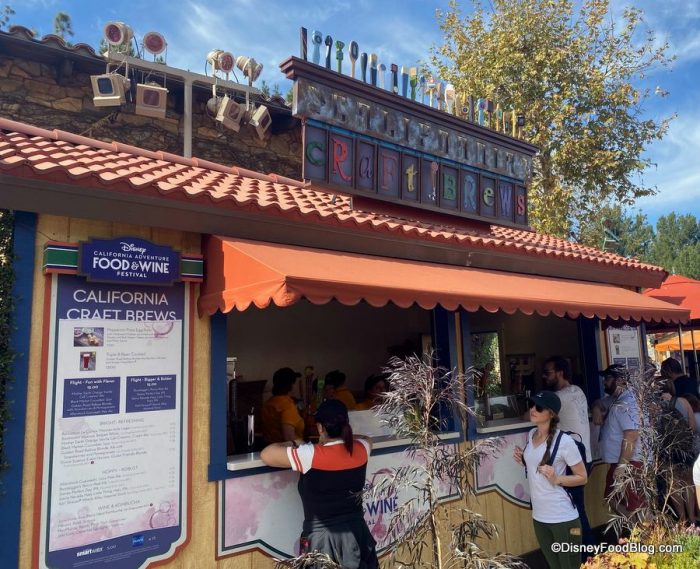 Let’s start out by taking a look at the one and only food offering at this booth. It may be your only choice, but don’t despair because it’s a GOOD ONE. In fact, it made our BEST of the FEST list again this year! Check out the Pepperoni Pizza Egg Rolls for $7! These guys are a pretty solid bite and a really good companion to many of the beers you’ll have to choose from. 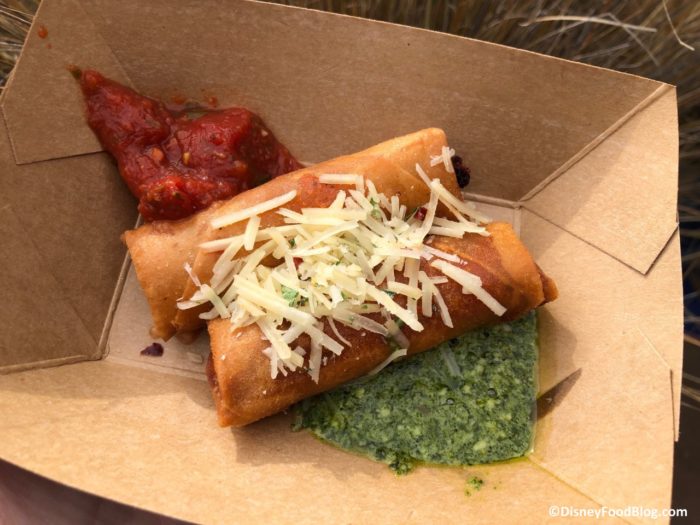 Speaking of which, BEER is where it’s AT at California Craft Brews! Check out the lengthy beverage menu at this booth! 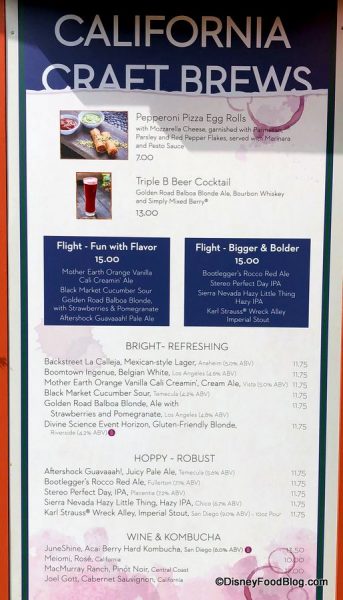 First up, we’re taking a look at a few of the new beer flights! These are perfect if you just can’t make up your mind when confronted with this many delicious brews at one time.

There are two NEW flights for this year! The first is the Beer Flight Fun with Flavor for $15. This flight comes with Mother Earth Orange Vanilla Cali Creamin’ Ale, Black Market Cucumber Sour, Golden Road Strawberry and Pomegranate Balboa Blonde Ale, and Aftershock Guavaaah! Hazy Pale Ale. You can also have any one of these four beers by the glass for $11.75. See our tasting notes for each below! 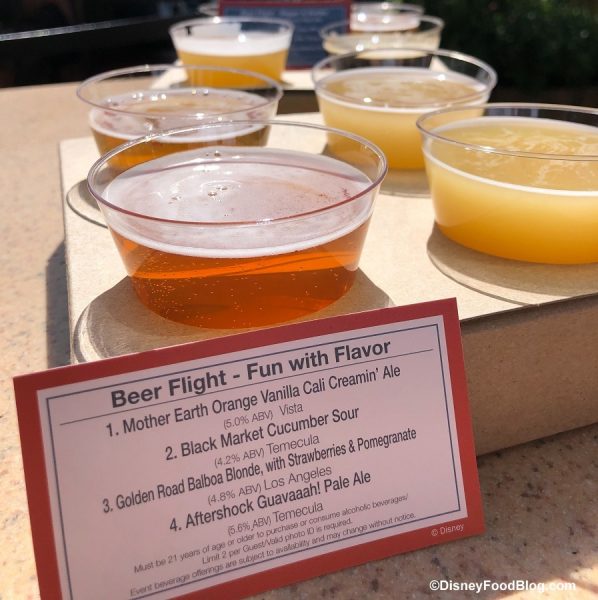 This one was oddly light and refreshing! It’s orange and vanilla flavors tasted just like a creamsicle soda you could get at Cracker Barrel! If ya know ya know. We’d recommend this one to non-beer drinkers!

Smells strongly of cucumber, with a salty, sour aftertaste. We weren’t in love with this one!

Very sweet and strawberry forward with a hint of pomegranate. The flavors were light, but the sweetness level would lead us to not want any more than the small cup of this stuff. The flight-size pour was just the right amount!

This one’s a good sweet pale ale. Nice fruit flavor to compliment the hops. If you like fruit-forward IPAs or Pales this is a good beer for you! 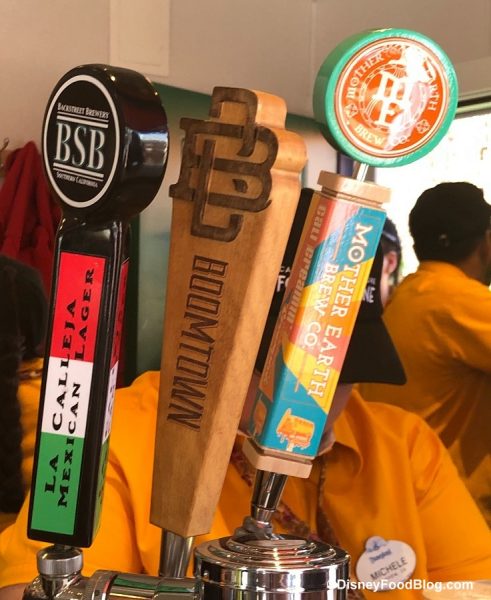 Don’t worry if fruity isn’t your thang either, the other option is the Beer Flight Bigger & Bolder for $15.

This flight features Bootlegger’s Rocco Red Ale, Stereo Perfect Day IPA, Sierra Nevada Hazy Little Thing Hazy IPA, and Karl Strauss Wreck Alley Imperial Stout. You can also have any one of these four beers by the glass for $11.75. See our tasting notes for each below! 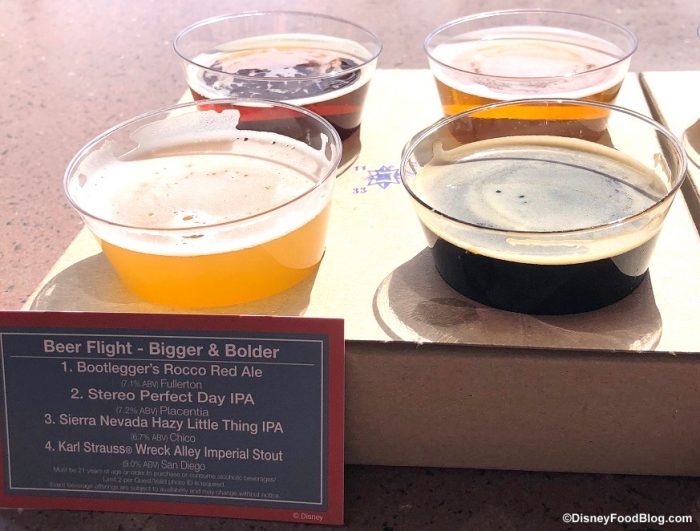 Light, easy-drinking beer with a nice caramel malt flavor. Despite its rather hefty ABV (7.1%!) it drinks with less of an alcohol taste than we were expecting. There were also some pine and citrus notes that helped balance out the caramelly maltiness.

This one had a strong hoppiness to it, but tasted like a very traditional IPA.

Sweeter IPA with a more fruitier flavor but still the classic hop taste of an IPA.

The strong flavor of this one has some rich chocolate and coffee undertones and a smooth, sweet finish! 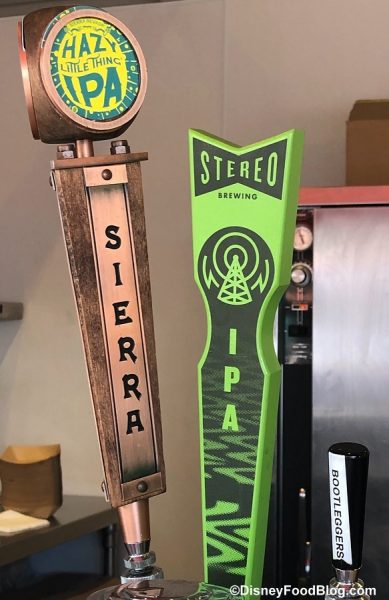 Other offerings that come by the glass at this booth include the Backstreet La Calleja Mexican-style Lager for $11.75, Boomtown Ingenue Belgian White for $11.75.

There are also TWO gluten-friendly drinks at this booth including the JuneShine Acai Berry Hard Kombucha for $11.75. This one was pretty polarizing amongst our group! Some of us dug it, while others weren’t fans. It has a very strong berry flavor, so we see some potential in you liking this one if you enjoy fruity beers or ciders. 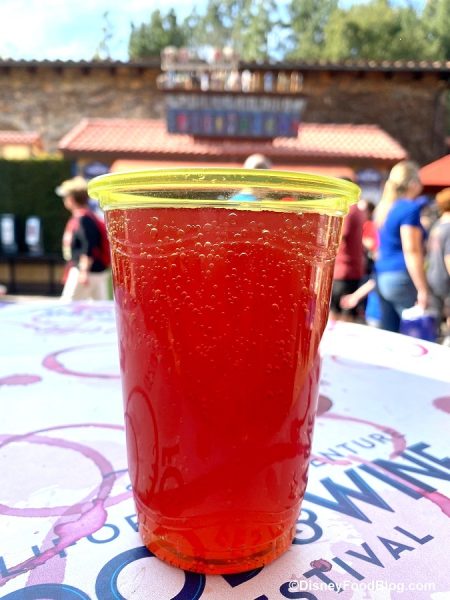 The other gluten-free option is Divine Science Event Horizon Blonde for $11.75. If you don’t require a gluten-free beer, we’d recommend sticking with one of the regular blondes since those were a lot more flavorful. This one was rather plain and lackluster to us. 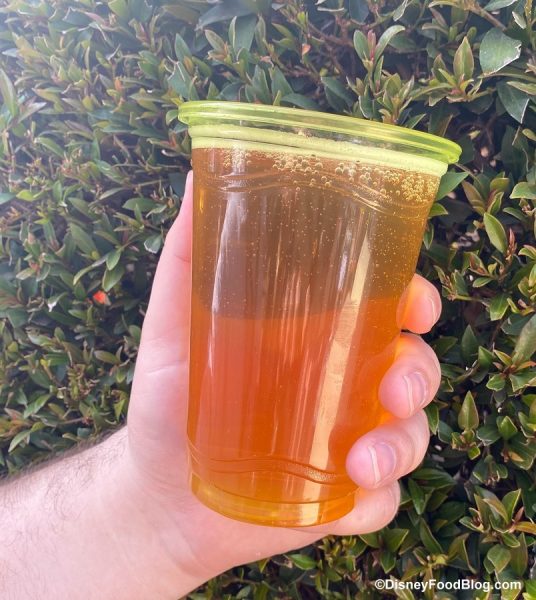 Another option is to opt for the Triple B Beer Cocktail for $13. And of course, there are plenty of places to snag wine at the fest, but California Craft Brews has its own options with Meiomi Rosé from California for $10, MacMurray Ranch Pinot Noir from Central Coast for $12, or Joel Gott Cabernet Sauvignon from California for $13. 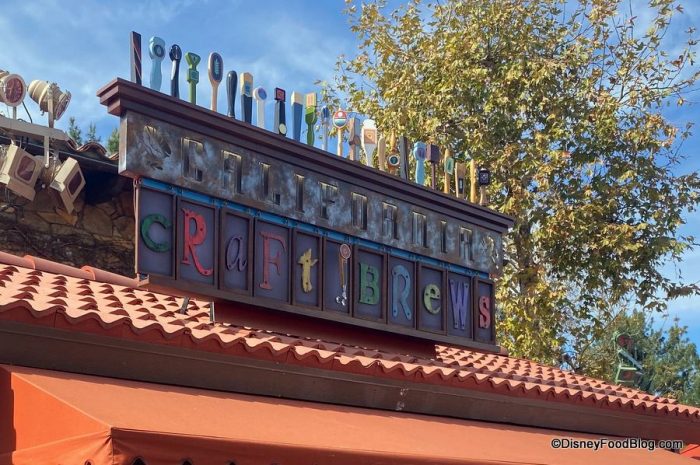 Overall, if you’re looking for sips at Food and Wine this year, California Craft Brews is the PLACE TO BE!!

Booking for all special events, seminars, and demonstrations is available at the official DCA Food and Wine Festival reservation page.

What brew sounds best to you at the California Craft Brews booth? Tell us in the comments!