Hey, guys, we’re following our treasure map to the Disneyland Resort to check out all the new happenings! 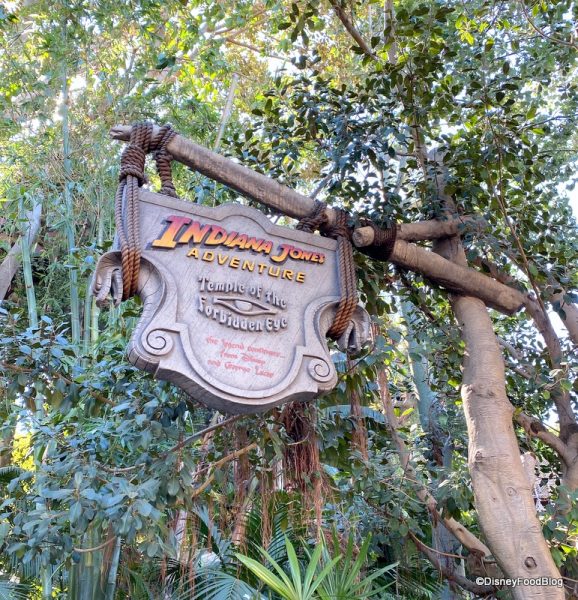 We’ve unearthed some new special treats and merch, including some inspired by our favorite archaeologist. Let’s get started!

You can find the Char Siu Pork Rib Rice Bowl at Bengal Barbecue right now in celebration of the Indiana Jones Adventure’s 25th anniversary. You can try this savory snack before delving into the Temple of the Forbidden Eye for $16.99. 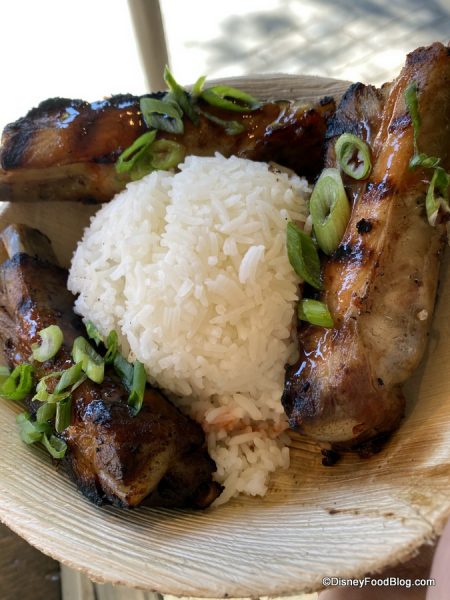 See what we thought of the Char Siu Pork Rib Rice Bowl here!

We choose wisely when we decided to grab the Noodle Shaker Salad for $7.99. It’s just the thing we needed to get our energy up for some more adventures! 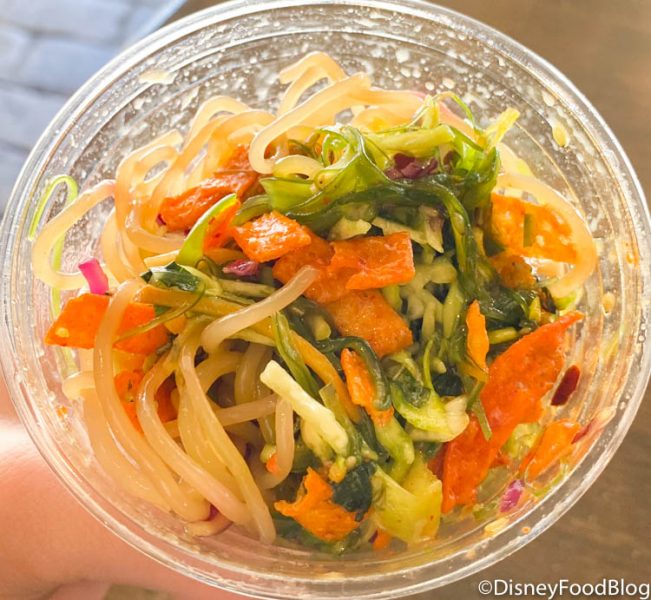 Read our full review of the Noodle Shaker Salad here!

The Hideaway is also serving up the Specialty Loaded Whip that comes with two of Indy’s arch-enemies, gummi “snakes”, and a chocolate “boulder” cake pop for $7.99. 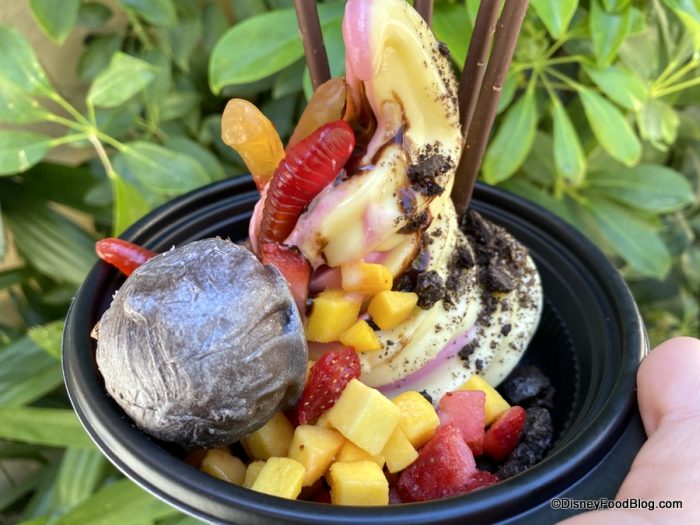 Check out our full review of the Specialty Loaded Whip here!

These treats should only be available until March 8th, so you’d better get to eating!

If we’ve learned anything from Indiana Jones, it’s that you got to look stylish when you’re out digging for artifacts. Good thing we found this Indiana Jones Adventure Anniversary shirt for $29.99 at the Adventureland Bazaar. 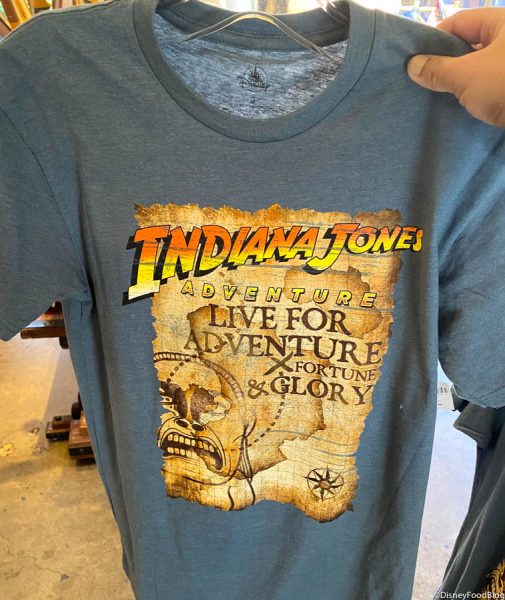 Annual Passholders can get their hands on an exclusive Indiana Jones Adventure Anniversary shirt for $29.99. 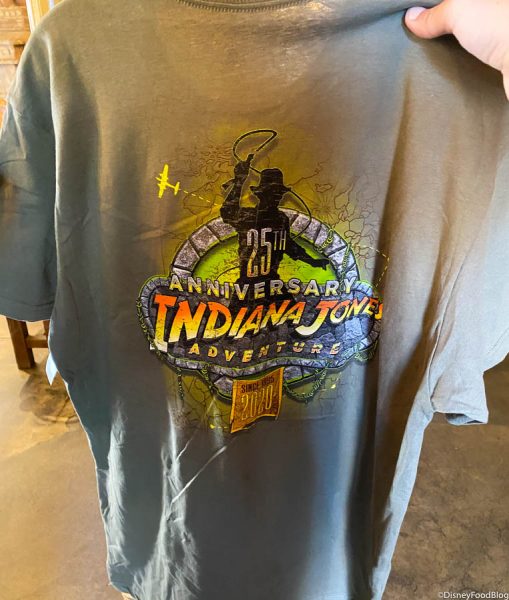 We also noticed that they were handing out the decoder cards for free at the Adventureland Bazaar, as well as Bengal Barbecue. 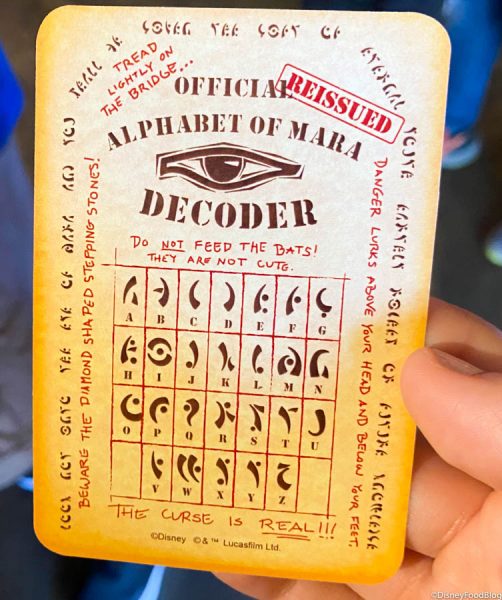 Like the snacks, we’re not expecting to see this special anniversary merch after March 8th, so you better grab it fast!

Over at the Craftsman Grill, their new Hot Dog of the Month made us do a double-take. A hot dog inside a waffle was too interesting, so we had to try Le Waf Dog for $10.50. 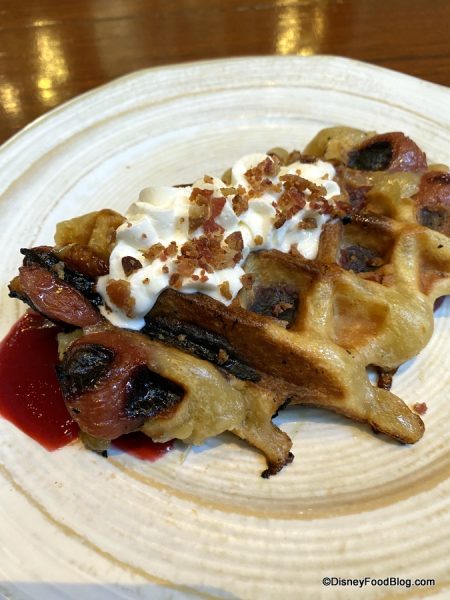 They also have a new St. Patrick’s Day Cupcake for 7.00 to celebrate the festivities. Hopefully, that Irish luck will rub off on us! 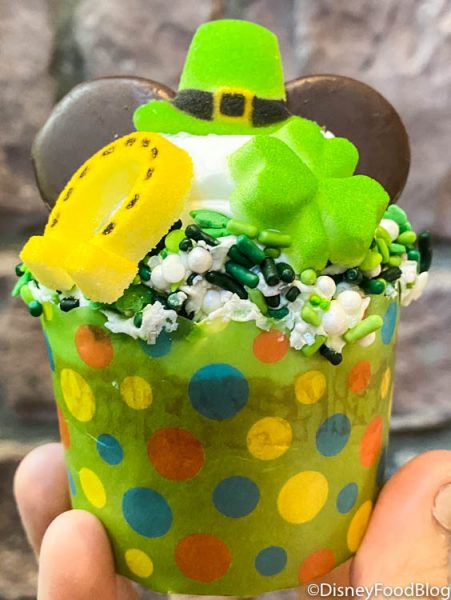 Click here to see what we thought of the St. Patrick’s Day Cupcake!

After seeing all of the new Classic Cozy Knit Plush Figures at World of Disney, we’re ready to pop in some retro cartoons! You can get each plush for $27.99. 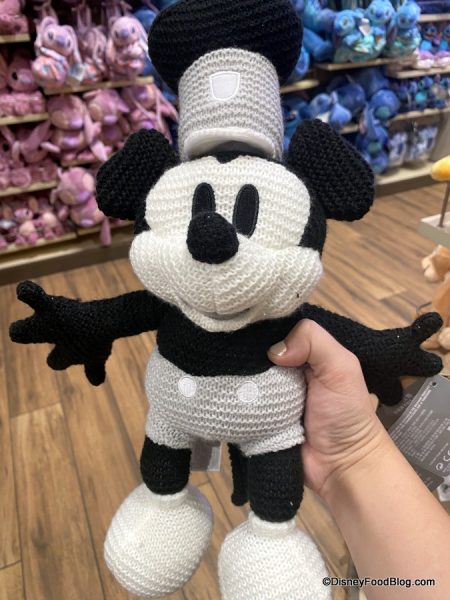 It’s time to hang up the fedora and whip for now on this What’s New at the Disneyland Resort. We’ll be back to keep you guys updated, so come back soon!

What do you think of the Indiana Jones Adventure anniversary snacks and merch? Let us know down in the comments!

« Check Out Which Moroccan Foods You’ll Find This Year at Epcot’s Flower and Garden Festival
Haunted Mansion Has Been Closed for Over 24 Hours in Magic Kingdom! »