In a press briefing that was issued today, California Governor Newsom announced he was almost ready to move to Phase Two of his reopening plan.

California has been under a stay at home order since March 19th. And while Newsom presented a four-staged approach for reopening businesses and public spaces throughout his state last Thursday, he didn’t discuss an official start date.

Governor Newsom is now stating he is ready to move forward with his phased-approach on Friday, May 8th.

While more details and guidelines will be released on Thursday, May 7th, Governor Newsom is stating Phase 2 will include reopening retail stores such as clothing, book stores, sporting good stores, and florists (in time for Mother’s Day which falls on this Sunday, May 10th). 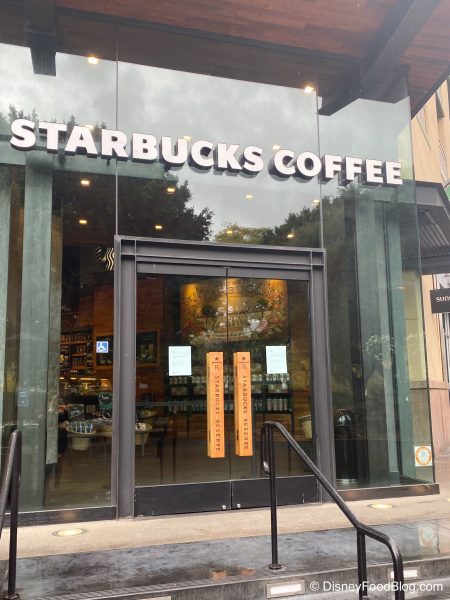 Starbucks at Downtown Disney – closed due to Coronavirus

Phase 2 will also have sub-stages, with the earliest stage of Phase 2 including some modifications such as curbside pickup for retail stores and restaurants. Then, in the LATER part of Phase 2, restaurants will reopen with indoor seating along with the possibility of some shopping malls and office buildings.

Some of California’s counties will be allowed to move to Phase 2 quicker than others, but we expect to find out more information soon. We’ll continue to follow this story as it develops!

« Presidents of Disneyland and Walt Disney World Share Messages of Hope from Star Wars: Galaxy’s Edge on May the 4th
Universal Orlando CityWalk is Reportedly Planning a Partial Reopening SOON »