While we’ve been stuck at home, we’re looking for as many games as possible to entertain us (if you’re bored, you can always paint some Star Wars rocks, you know ;D). 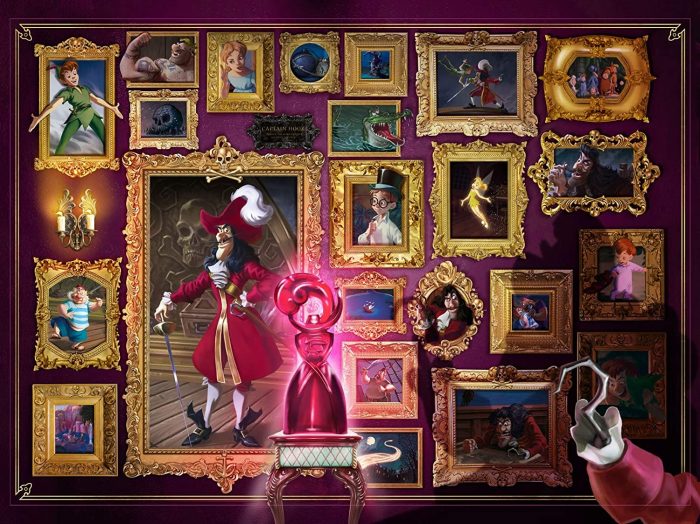 We’ve shown you Disney puzzles, board games, how to build your own DIY board games, and even toilet paper Minnie Ears. We’ve played DFB Snack Madness, a Counter-Service Throw Down, and the Table-Service Throw Down with you in our instagram stories (did your favorite snacks and restaurants win??)! But, now you can play another series of games with these Disney Instagram filters!

When you open your Instagram app, swipe to your right so you see the camera screen.

How to Get to Filters

Keep it on the “Normal” section and swipe through some of the filters until you get to this search glass! Click this button to be transported to the Instagram filter search page.

How to Get to Filters

While you’re there, you can type in any keyword you want like “Disney” or “Marvel…”

…to search through all the filters that different social media users have created.

Then you can pick a Disney filter to use to film yourself and to play the different games!

After you’ve taken a video or a picture of yourself, you can save it to your camera roll, send it to your friends, or share it in your Instagram story! Now that we’ve covered the social media basics, let’s take a look at some of our FAVE filter games brought to you by our DFB team members!!

Ever wondered what Disney character you resemble the most? One of Instagram’s most popular Disney filters made by @arnopartissimo shows you who your Disney twin happens to be! While our DFB team member played, she got the BIG BADDIE Hades (which obviously confused her just a l’il bit since she’s a sweetheart ;D). 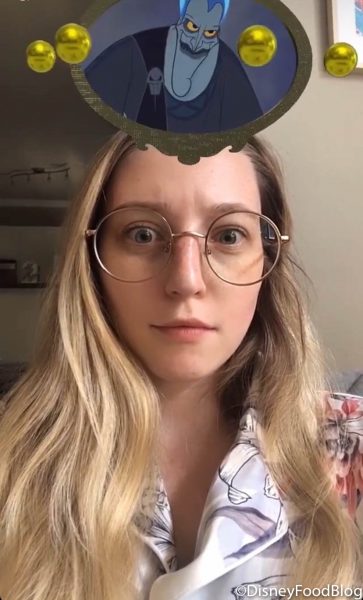 Which Disney Character Are You?

Speaking of Disney characters, some of our favorite heroes and villains come from Pixar movies. Our writer Quincy and her boyfriend played @janmahavan‘s game to find out which Pixar character they were…and their reactions were pretty priceless. Sorry, Ken — looks like SOME people might think you’re not as fabulous as you believe, buddy!! 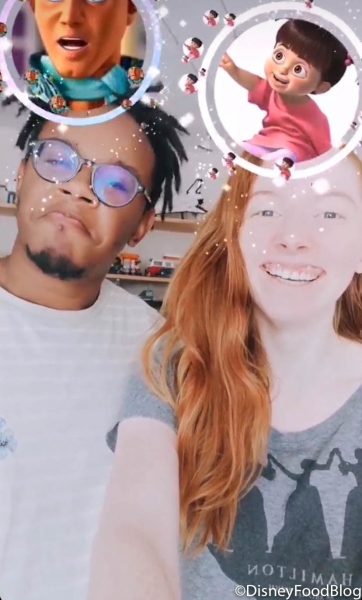 Which Pixar Character Are You?

Want a little more Pixar magic in your life? Make your own DIY Adventure book from Up!

While you’re on your grand and glorious quest through the land of Instagram, you can reminisce about a time where magic existed! As you’re watching Onward on Disney+, you can discover which mythical creature you are from the film straight from @Pixar‘s game!

Our fair maiden happened to uncover the secret that she is the MIGHTY Manticore (who is a very strong and independent woman). Wow, we can’t wait to hear all about her adventures through the “World of Yesterday, Tomorrow, and Fantasy!” 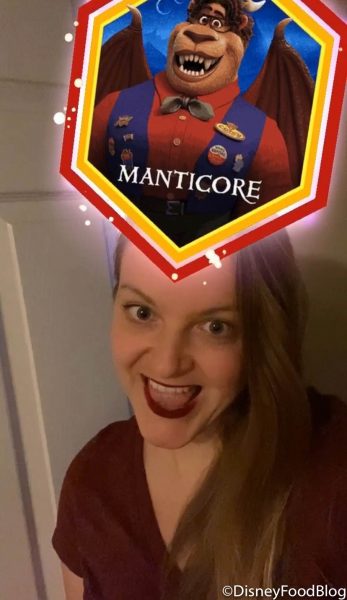 Which Pixar Onward Character Are You?

While “eternally craving Disney snacks” is always our mood, this filter from @at.augmented shows you what characters you are when you’re happy, angry, and sleepy. We aren’t surprised that our reporter happened to be the “fairest of them all,” just like Snow White (outfit on fleek, girl)!

The best part about “Which Disney Mood Are You?” is that there are SO MANY different character options, though, so you can play it as many times as you want to get a new set of moods! 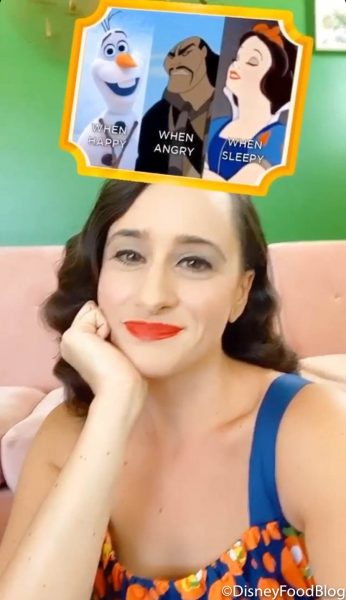 Which Disney Mood Are You?

All the way from @thegracemattei, you can discover if you can sing like Ariel or paint like Rapunzel! The “What Disney Princess Are You?” filter comes with pre-set mascara and freckles to give you a Bibbidi Bobbidi Boutique worthy makeover.

While she was playing, our team member Jordan was so excited to get Belle that she spontaneously burst into song! We wonder if maybe her kitchenware is suddenly enchanted too… . 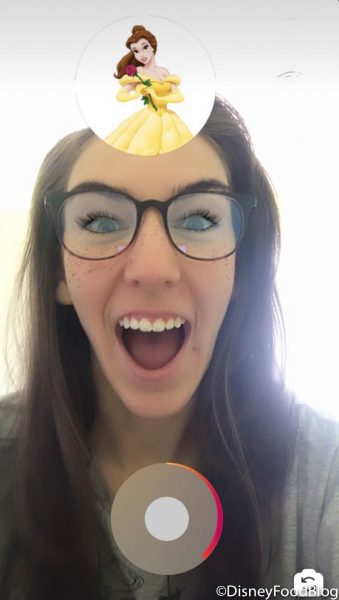 Which Disney Princess Are You?

Our DFB team member’s husband just happened to hear that we were putting together this post for you guys, and he wanted IN. And, of course, we couldn’t deny someone wearing an ORANGE BIRD shirt!!

Since he loves Disney food as much as we do, he hopped into @drdannyphantom‘s “What Disney Snack Am I?” to discover that he is a classic Mickey Bar. We challenge you to play this must-have DFB Instagram filter game to see what classic snack you are! 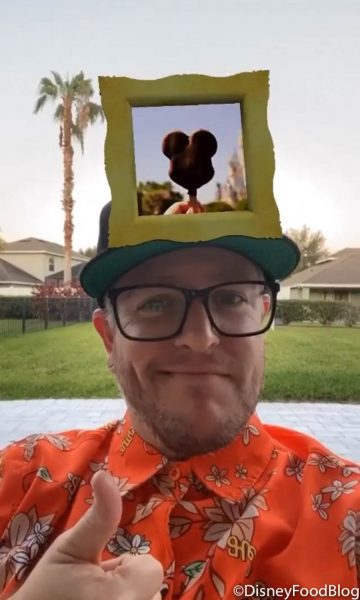 “What Disney Snack Am I?”

“Luke… I am your father.” No, really — our writer might actually be a Skywalker IRL since she got Darth Vader during “Which Star Wars Character Are You?” from @at.augmented. The game scrolls through heroes and villains from the original trilogy, sequels, expanded universe, and MORE to discover whether you’re a part of the Light Side or the Dark Side. According to Janelle, she’s “Dark Side 4 Lyfeee,” and we REALLY hope that means she’s besties with our homeboy Kylo Ren. 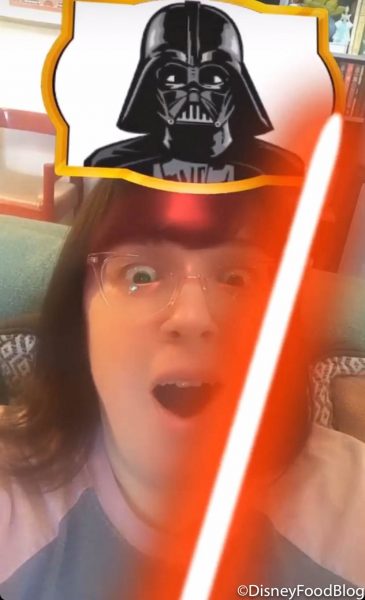 Which Star Wars Character Are You?

Celebrate May the 4th with this filter game AND the premiere of The Rise of Skywalker on Disney+!

With the growing list of Marvel movies coming out soon, it’s pretty important to know “Which Marvel Character Are You?” And, our writer looks as AWESOME as War Machine with all those floating (gray?) Infinity Stones and the Avengers theme playing in the background!! While you’re anxiously waiting for Spider-Man 3 and Black Widow, you can play @harvmanbagus‘s heroic game on Instagram while you watch ALL the movies on Disney+! 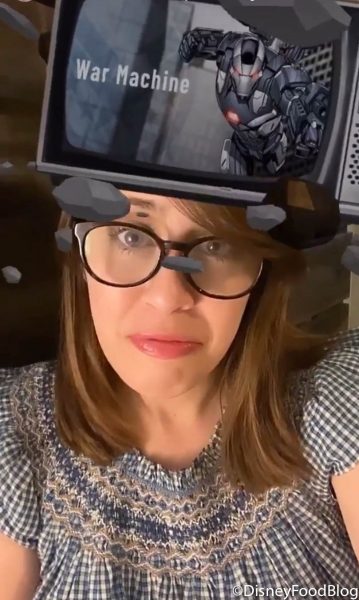 “Which Marvel Character Are You?”

Anybody else have a REALLY hard time picking what resort to stay at when they visit the Disney Parks?? Well, maybe this “What Disney Resort Are You?” game from @sblairsy can help you choose!! Our DFB team member happened to get Disney’s Polynesian Village Resort (which means LOTS of ‘Ohana Bread Pudding when she visits). 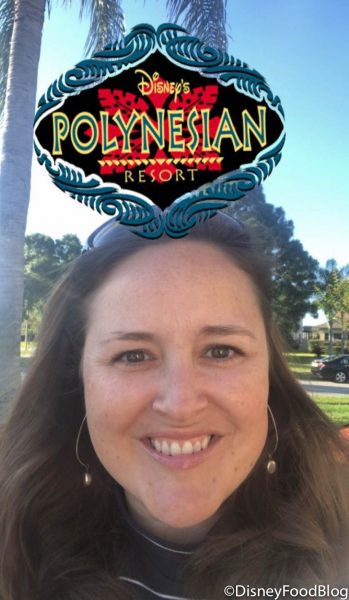 Which Disney Resort Are You?

One of the most impossible choices is picking what FastPass options you’re going to have for the day. Do you want to get the pilot spot on Millennium Falcon: Smugglers Run, or do you want to ride Slinky Dog Dash another time??

Although the choice might seem pretty daunting, you can figure out what Disney attraction you are in the meantime! Although @danielroaart‘s game features iconic options like Spaceship Earth and Dumbo, our girl Jessica got the Parking Tram much to her very clear dismay (Seriously — does that count as a RIDE?!). 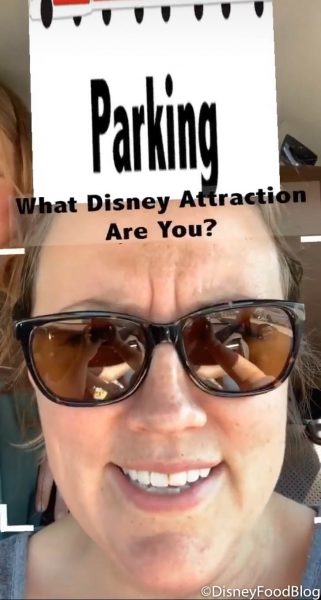 What Disney Attraction Are You?

Find out what your favorite mode Disney transportation says about you!

We don’t know about you, but we’re SUPER psyched to see what our family and friends get too! And, if you’d like to see some DFB Instagram filters, be sure to tell us what themes you want to see in the comments!

These are the shows you should watch on Disney+ if you miss being in the parks!

What DFB Instagram filters would YOU like to see from us? Let us know in the comments below!

« News! There’s Still a Way to Get a Toothsome Chocolate Emporium Milkshake at Universal Orlando Even Though the Restaurant Hasn’t Re-Opened!
Breaking News CONFIRMED: These Disney-Owned Locations Will Open May 27th in Disney Springs! »