The NBA has been in talks with Disney since April when the idea to finish their 2020 season at Walt Disney World’s ESPN Wide World of Sports Complex was initially proposed.

And now Keith Smith (a former Walt Disney Company employee and current writer for Yahoo Sports) has just posted on Twitter that Disney and the NBA have potentially agreed on a place for the players to stay!

Although this information hasn’t been officially announced by Disney or the NBA yet, Keith Smith has stated Disney’s Coronado Springs Resort will likely provide players with accommodations once professional basketball resumes!

Per Walt Disney World sources, Disney and the NBA have agreed that Disney’s Coronado Springs Resort is likely to be the primary host resort for the NBA when they resume the season. Sources say an agreement may be reached this week, which will allow preparations to move quickly. 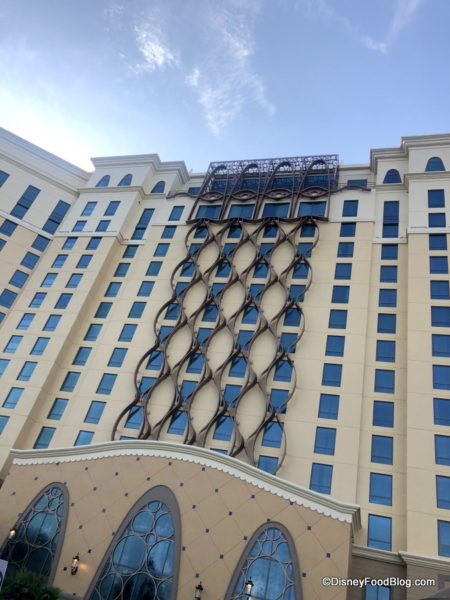 Gran Destino Tower opened last year, providing the property with an additional 545 new guest rooms (including many suites), as well as several new restaurants, and lounges.

The NBA is set to vote on resuming its 2020 season at Disney World this Thursday, so we hope to provide you with more details then.

Do you think the NBA will be finishing its season at Disney World? Let us know your thoughts in the comments below.

« Spotted: Mickey Bars, Balloons, and Pretzels in Every Color of the RAINBOW on New Rain Jacket in Disney Springs!
If You Love Classic Disney Characters You’ve Gotta Check Out These NEW Hand Towels in Disney World »