There’s SO much Disneyland news today, it’s hard to keep up!

Since the hotels won’t be reopening until July 23rd, Disney has updated its dates and policies for hotel cancellation fees!

According to its website, Disneyland will waive all hotel cancellation fees for those with arrivals through July 22nd (the previous date was July 15th). [Editor’s Update: Please note that this post and screenshot below have been revised to reflect July 22nd, as the Disneyland website originally listed that fees would be waived through July 23rd.] 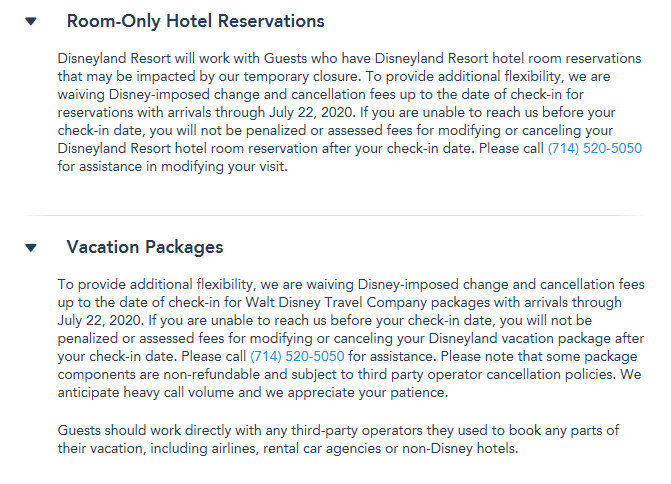 Guests are also able to modify their travel dates or make a new reservation for July 23rd and later, in case you are unable to travel immediately when the hotels reopen.

As of now, only Disney’s Grand Californian Hotel & Spa and Disney’s Paradise Pier Hotel are proposed to reopen on July 23. The Disneyland Hotel is set to open at a later date, so we’re not sure what exactly this means for those with plans to stay there, but we’ll definitely keep you updated as we find out more!

Are you planning on staying at a Disneyland hotel this summer? Let us know in the comments!