There are a LOT of ways that dining is going to look different when some Disney World resort hotels reopen on June 22nd.

In addition to required face coverings, reduced contact menus, and cashless payments, guests are going to see different menu items AND reduced menus. And one of the FIRST Disney World restaurants to reopen is already showing trimmed-down offerings on the Disney World website.

Topolino’s Terrace – Flavors of the Riviera at Disney’s Riviera Resort is showing a smaller menu on Disney World’s website. 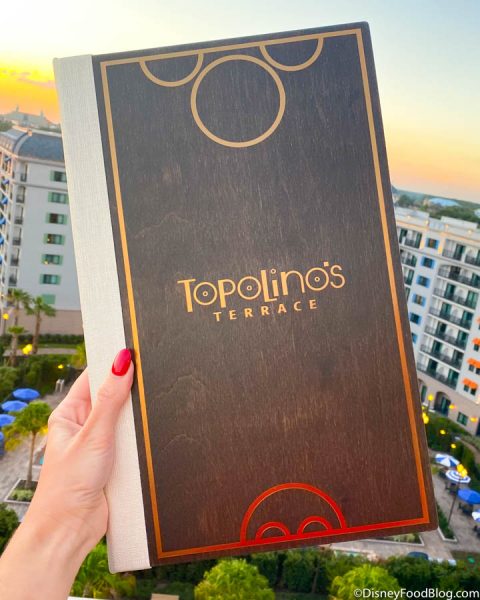 The menu at Topolino’s Terrace 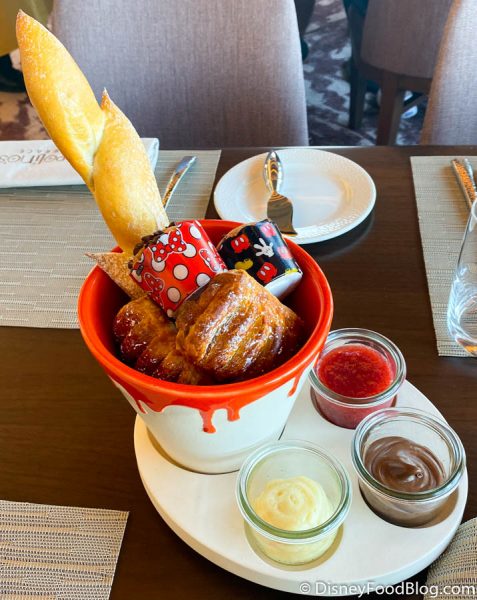 For breakfast entrees, the menu has been reduced from nine items to six, with the Croissant au Jambon, Spiced Sausage Hash, and Wood-fired Butchers Steak gone. 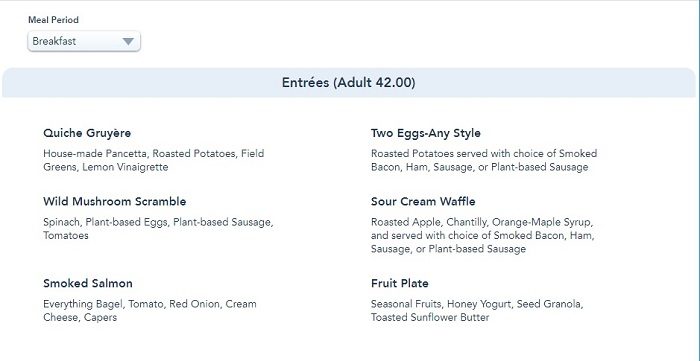 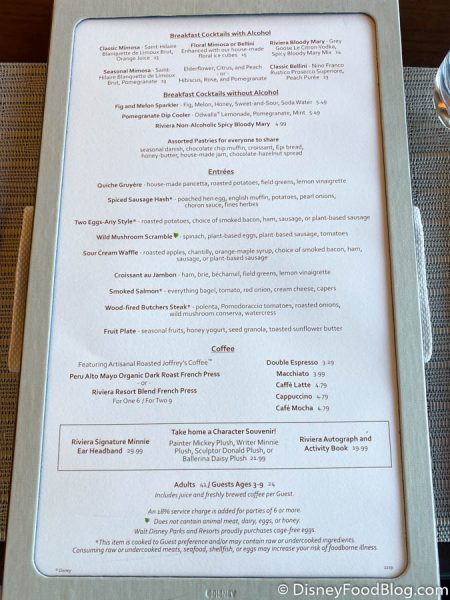 The price remains at $42 for adults and $27 for kids — VERY pricy for a non-park character meal on property. But, guests may be willing to pay the price. After all, we previously reported that Topolino’s Terrace breakfast will be the ONLY character dining experience at Walt Disney World when it reopens, making it a very probable hot ticket. 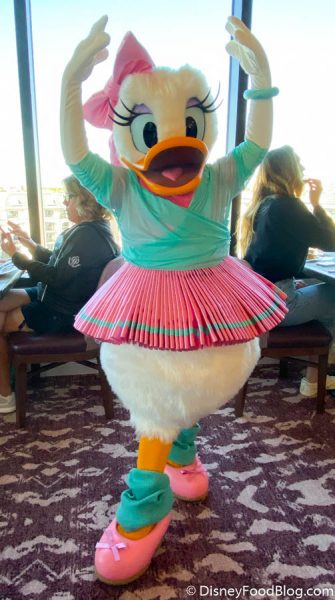 Menu items such as the Bouillabaisse, Herb Fettuccine, Tomahawk Veal Chop and others are gone. 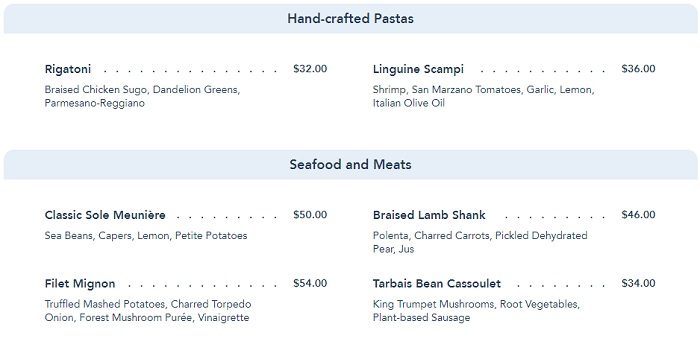 Warm Valrhona Chocolate Cake, Pistachio Mousse, and Fruits of the Forest are still available for dessert. However, the Apple Tarte Tatin, Profiteroles, and the House Fromage Board are gone from the menu on the Disney World website.

It’s important to note that while the menu is looking very different, it could change again prior to reopening! This is the first menu change we’ve seen at the Walt Disney World Resorts ahead of select hotels reopening on June 22nd, Magic Kingdom and Animal Kingdom’s reopening on July 11th, and EPCOT and Disney’s Hollywood Studios reopening on July 15th. Menus have definitely been reduced at the newly reopened Disney Springs restaurants, however, so this trend seems to be in line with other locations on property.

If more menus are slimmed down, you know we’ll fill you in on all the details!

For ALL of the changes coming to Disney dining this summer, click here.

Will you be dining at Topolino’s Terrace when it reopens at Disney World? Let us know what you think of all the menu changes in the comments!