After being closed since mid-March, today Disney’s Hollywood Studios officially reopened for guests! 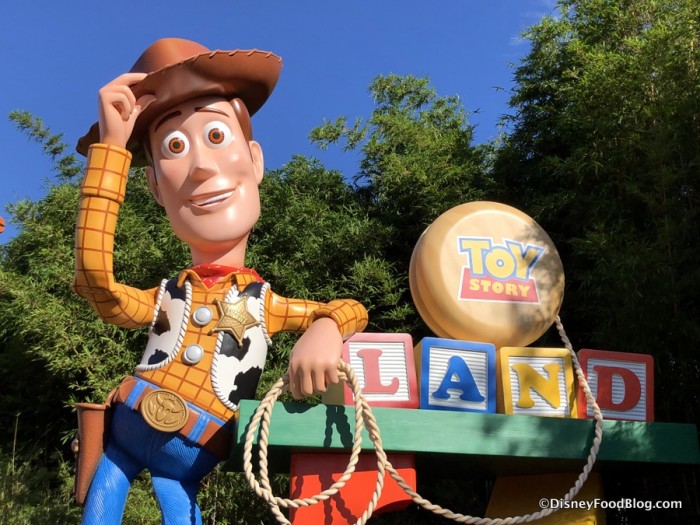 We snagged a Disney Park Pass reservation so we could see what it’s like to spend a day in the park with the new health and safety measures in place. And that includes experiencing the rides and attractions! Here’s what it was like to ride Toy Story Mania in the recently reopened Hollywood Studios.

Hollywood Studios saw some lengthy wait times today, but Toy Story Mania hung out with average to low wait times. It was frequently at 10 to 20 minutes. 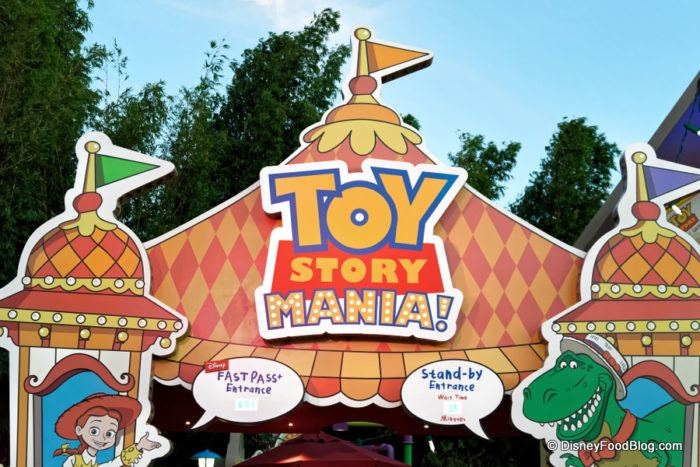 As we expected, the queue had the usual health measures. Markers were placed throughout to keep guests distanced at 6-foot intervals. 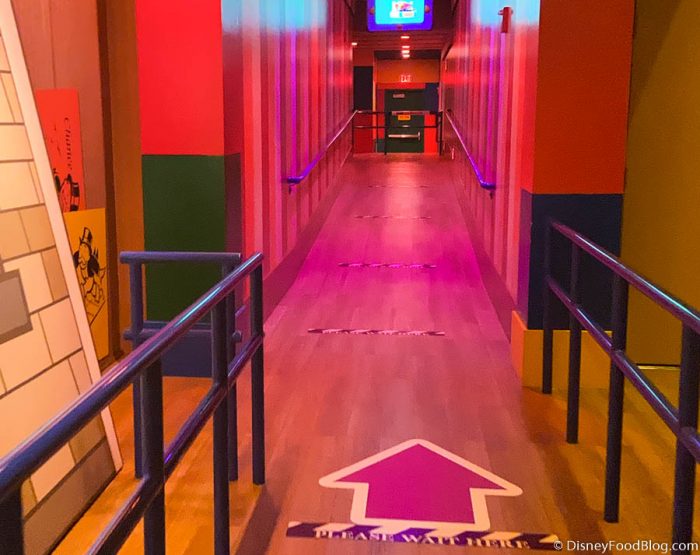 Once we got closer to the loading area, we spotted those familiar plexiglass barriers to help protect guests in switchbacks. 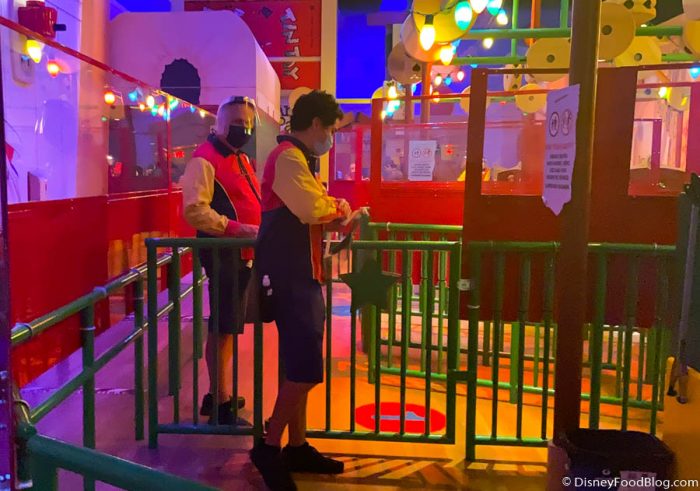 With hands-on elements, we were very curious about how this attraction would run in a reopened Disney World. But really the changes end once you get on the ride. 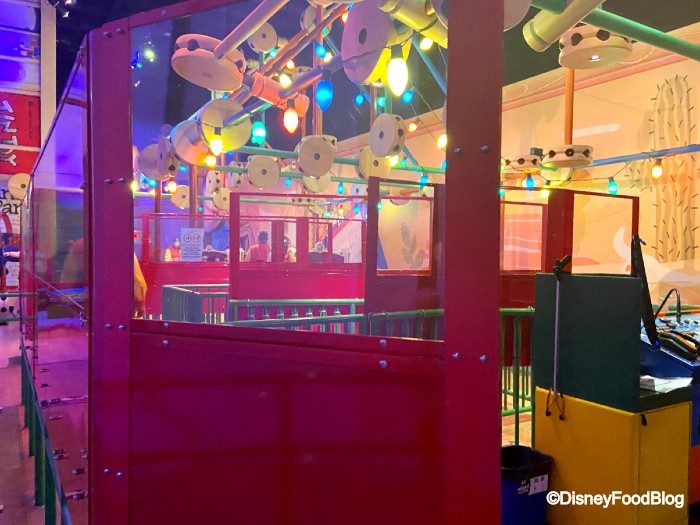 Our reporter was alone in her car, but Cast Members told us that they are loading two parties per car if possible. We didn’t spot any added cleaning to the touch points in the vehicles and we noticed that the air effects were still there.

As you can see, most of the changes to be seen on this ride were in the queue areas. Stay tuned to DFB as we continue to explore a reopened Disney World this week!

Here’s the full list of rides and attractions that have reopened at Disney’s Hollywood Studios!

Have you been on Toy Story Mania? Share your experience in the comments!