Although Walt Disney World has officially reopened, not all attractions and shows have reopened along with it.

Fish are Friends NOT Food

Recently we’ve seen some experiences reopen that were not initially available. Other offerings, however, like the classic live shows at Disney’s Animal Kingdom like Finding Nemo: The Musical and Festival of the Lion King still remain closed. Now, we’ve got some new somewhat balanced news about entertainment offerings at Disney’s Hollywood Studios. It seems one show is temporarily going away, but another performance will be temporarily appearing in its place!

Theatre of the Stars, which is located on Sunset Boulevard in Disney’s Hollywood Studios, is typically home to Beauty and the Beast — Live on Stage.

Disney and the Actors’ Equity Association, however, have not yet been able to reach an agreement regarding the safety plans that must be implemented to bring Equity actors back to Disney World to perform. So, for the time being, a new entertainment offering has popped up at this theatre — The Disney Society Orchestra and Friends! 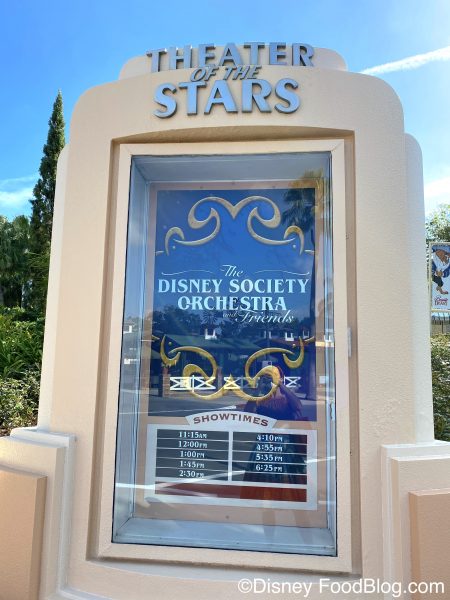 We like that there are lots of showtimes being offered so you can select whichever ones fit best into your schedule, or, if you’ve got big music fans in your group, you can see this show more than once during your trip! 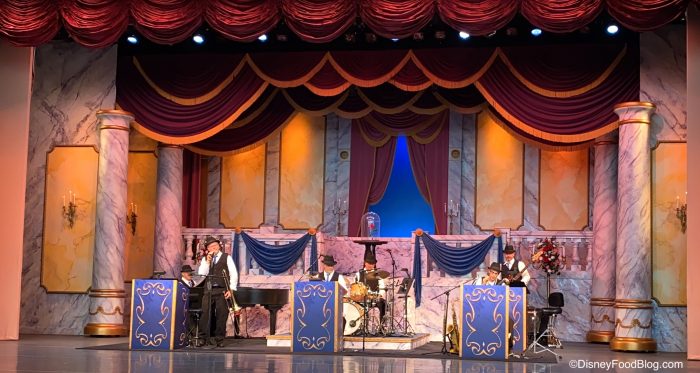 The orchestra features a 6-piece band playing various instruments including woodwinds, electric bass, drums, and piano. Although Beauty and the Beast — Live on Stage is not currently being performed, we spotted the Enchanted Rose resting beautifully in its case toward the back of the stage! 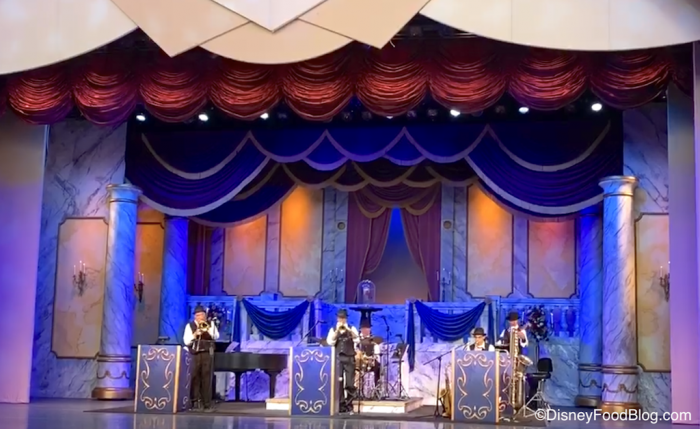 We got to experience the show recently and heard some of our favorite songs from Disney movies and tv shows including “Monsters, Inc.” from Monsters, Inc., “Under the Sea” from The Little Mermaid, “You’ve Got a Friend in Me” from Toy Story, and even the Muppet Show Theme Song!

Listening to music in the Theater of the Stars in Hollywood Studios! 🎶 pic.twitter.com/lsWur61ZBd

We even got a special surprise at the end as they played “Be Our Guest” from Beauty and the Beast, as Lumiere, Cogsworth, Mrs. Potts, and Chip came out and did a little dance for us! Belle and the Beast also came out toward the back of the stage near the end and we got to sway with them as we all enjoyed the beautiful music!

We really loved this show and the chance to listen to some of our favorite songs being performed live!

Disney has not shared much information about this new show, but we’ll keep you informed as we learn more. With the return of the modified Disney Junior Play and Dance Party, and now this new and potentially temporary show, we’re excited to see what new and unique ways Disney entertainment will continue to be offered in the future!

Click here to read about the entertainment offerings available right now in EPCOT during the 2020 Taste of EPCOT International Food and Wine Festival!

What songs do you hope they play at The Disney Society Orchestra and Friends? Let us know in the comments!