We love all the new Tower of Terror merchandise we’ve been finding in the parks lately! 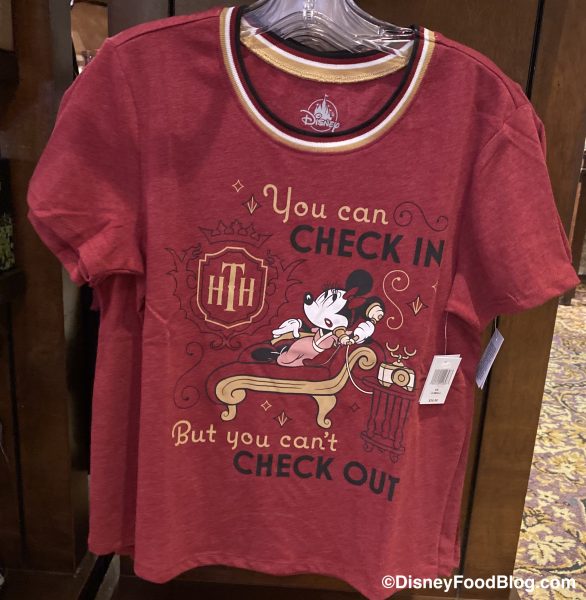 And yesterday we discovered a new Tower of Terror Bellhop dress was available online, but guess what? It’s already crossed over to OUR dimension and is now being sold at Disney World! Check out where we spotted it below!

A little voice (we think it was Rod Serling’s) told us to stop by the Marketplace Co-Op at Disney Springs today, and sure enough, that’s where we saw that the Tower of Terror Bellhop dress has checked-in! 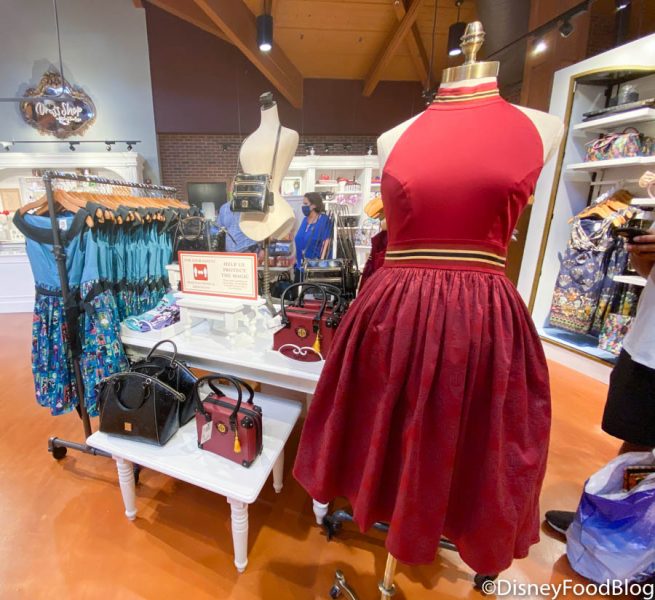 The Dress Shop at Disney Springs

The new halter-style dress costs really commands a room! Maybe it has something to do with its striking RED color! 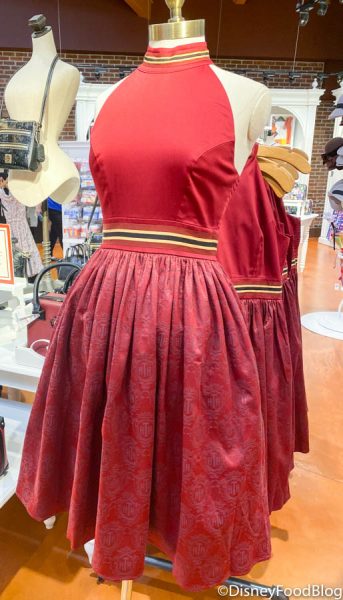 We also love how the neckline mimics a Hollywood Tower Hotel’s bellhop uniform! So much thought and care went into every detail of this dress — we can TELL!

Click here to buy the new Tower of Terror Bellhop dress on shopDisney! 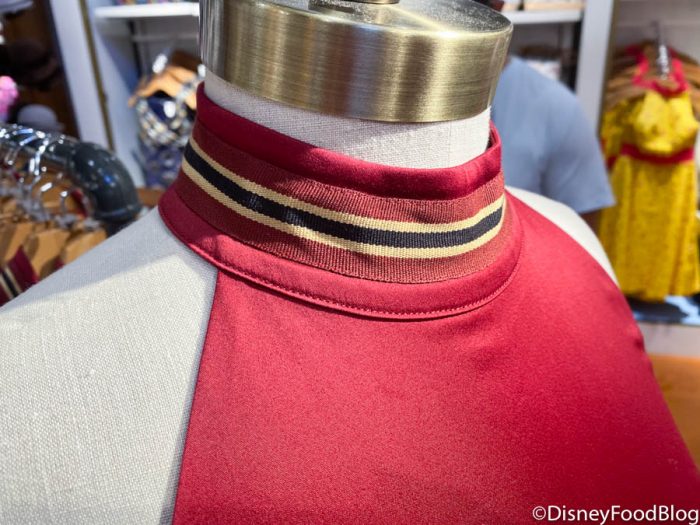 Plus we love the open back and the black straps give the Tower of Terror dress a little edginess! 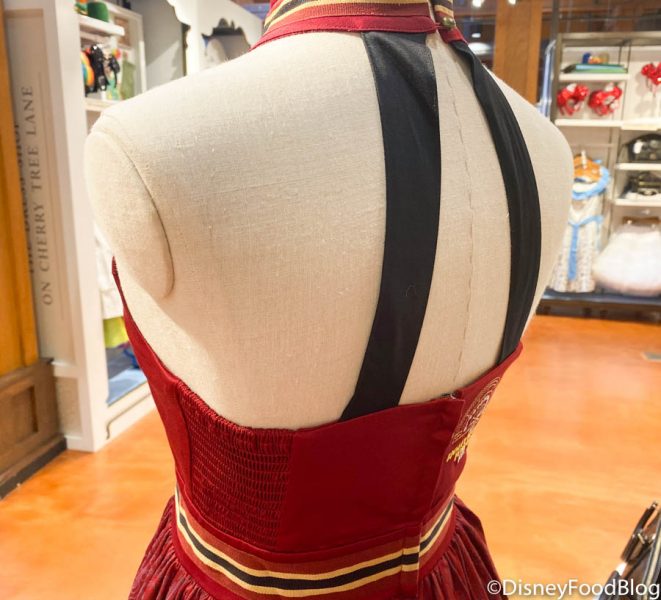 We were happy to have the chance to see the embroidery on the back of the dress IRL. The elevator floor indicator looks even better than we were expecting! 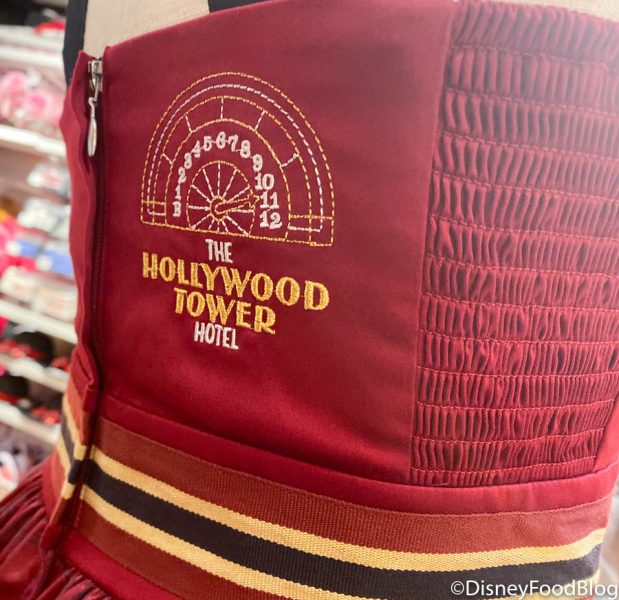 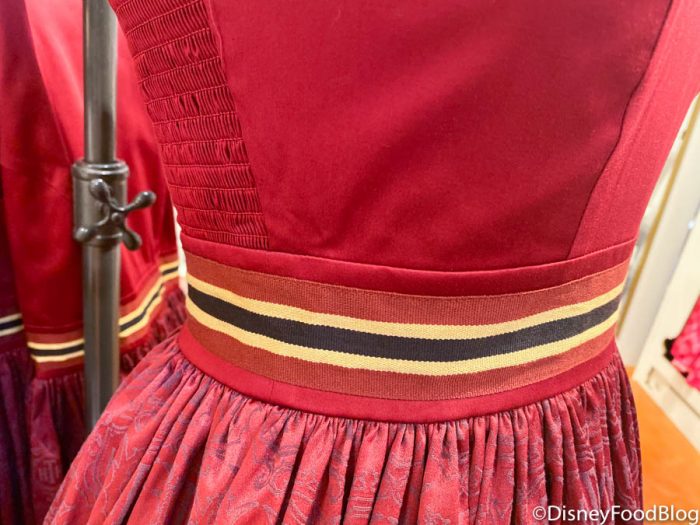 …and check out the “HTH” monogram that’s printed on its voluminous skirt! That settles it — we’ve got to get this one to go with our Tower of Terror Bellhop Minnie ears! 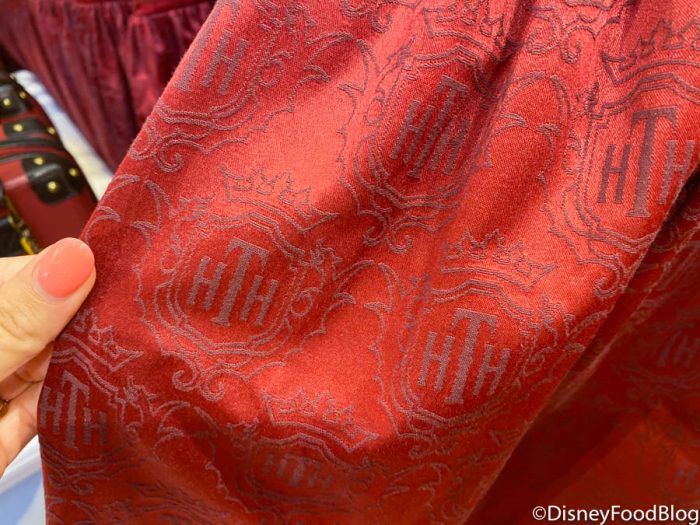 Drop by The Dress Shop inside Disney Springs’ Marketplace Co-Op if you’d like to buy the new Tower of Terror Dress or pick it up online for $128 today!

Are you obsessed with this new Tower of Terror Bellhop dress? Let us know if you’ll be getting it in the comments below!