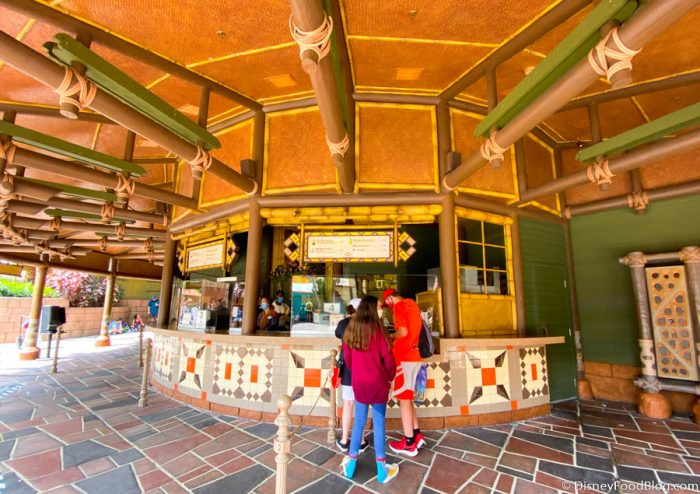 What is the Kakamora Float, you ask? It first debuted back during Mickey’s Very Merry Christmas Party in 2019 and we were instantly head-over-heels in LOVE. This frozen delight includes coconut soft-serve on top of pineapple juice and blue curaçao syrup (non-alcoholic!). Plus it comes with a cute l’il chocolate Kakamora Cake Pop! 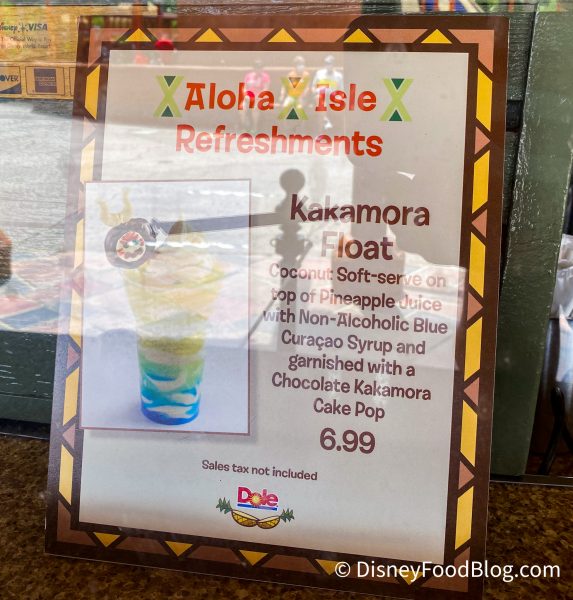 The Kakamora Float as been a staple of ours ever since it first found its way into our hearts last year, and we have been awaiting the moment we could finally be reunited with it after Disney World’s grand reopening! 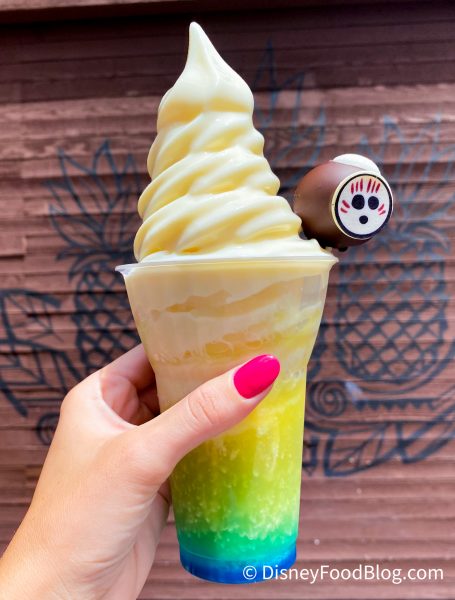 It was everything we remembered it being! Plus, we aren’t gonna lie, it photographs pretty darn well. 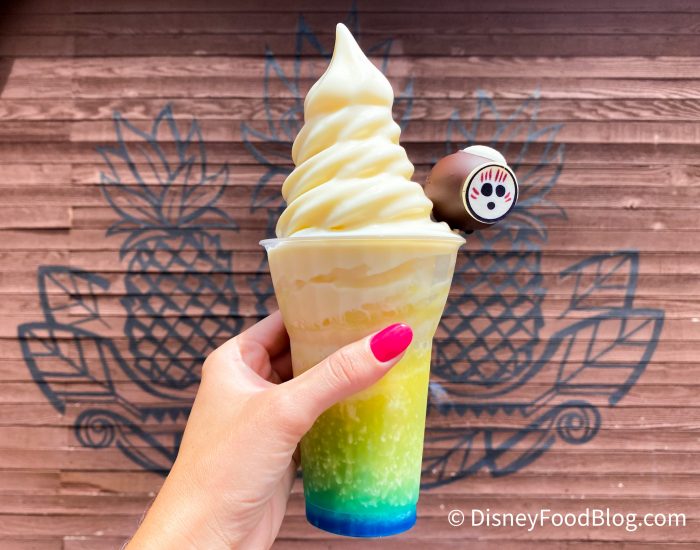 For $6.99, you too can be transported to Dole Whip Float bliss. Not only is the Kakamora Float back at Aloha Isle, but the “I Lava You” Float has returned to Sunshine Tree Terrace! 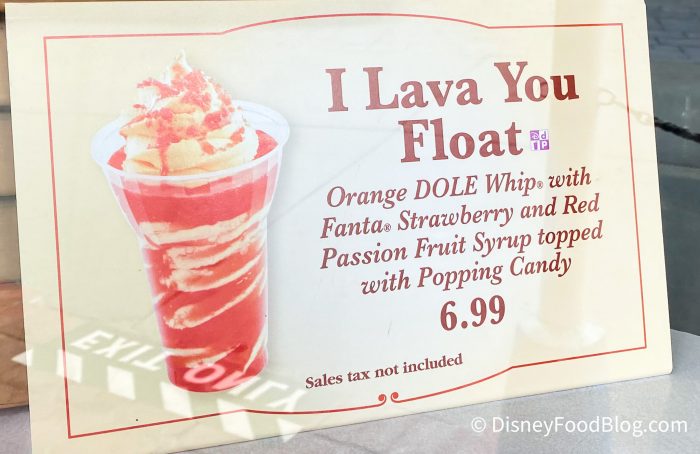 Another favorite of ours, this float features a pretty different flavor profile! Starting with orange Dole Whip, the soft-serve is blended with Fanta Strawberry and Red Passion Fruit Syrup. To top it all off, it comes with Popping Candy! While we didn’t grab one today (we were too busy re-ordering the Kakamora Float again and again), we will be sure to return posthaste!

The I Lava You Float is also available for $6.99. With more and more options coming back to Adventureland, the next time we visit we may never leave!

Obsessed with all things Disney snacks like we are? Then you have to check out the latest Vera Bradley print!

What Dole Whip flavor is your favorite? Let us know in the comments!

« Some of Our Favorite and Most Unique Disney World Souvenirs are BACK!
NEWS: Disneyland Introduces an EXCLUSIVE New Shopping Event (Pin Lovers — This One’s Made For You!) »