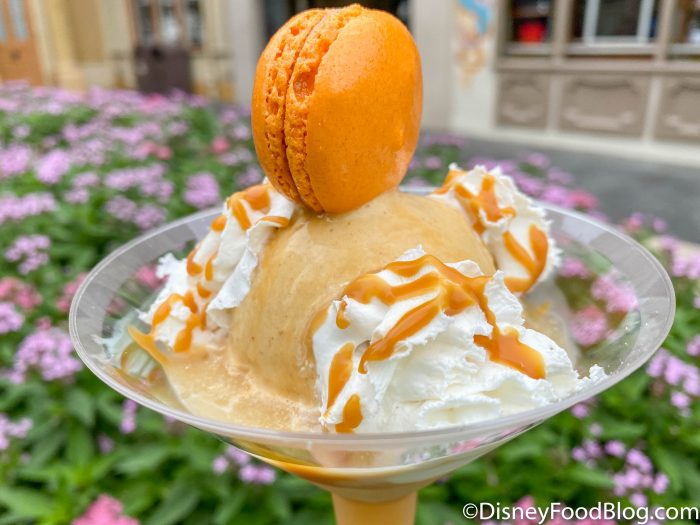 Pumpkin Spice Lattes popped up in the parks a few weeks ago, but now lots of other themed goodies like the Pumpkin Spice Rice Krispie Treats, Pumpkin Spice Ice Cream Mac-Tini, and Pumpkin Bread Tiramisu have trickled in for the Halloween season. Even though that’s a LOT of pumpkin spice, we can’t seem to get enough of it during the Fall!

And, that’s why we’re back at Disney’s Yacht and Beach Club Resorts to try another pumpkin spice snack and see how it stacks up against the others that we’ve found so far in Disney World. This year, The Market at Ale & Compass and Beach Club Marketplace have a Candy Corn Cupcake, Halloween Tiramisu, AND the new Pumpkin Whoopie Pie as their featured Fall items. 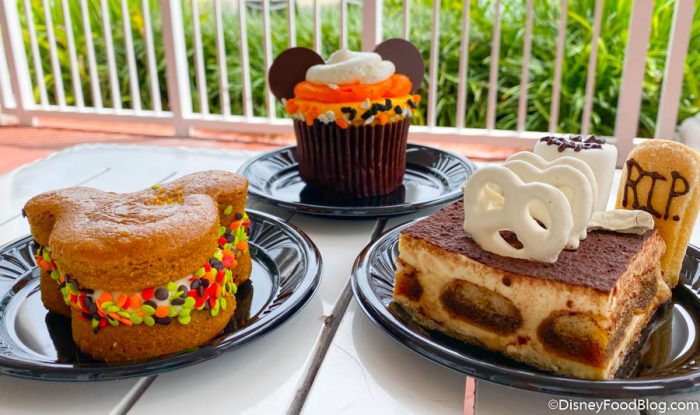 Since we’ve had some pretty amazing Halloween snacks already, the Pumpkin Whoopie Pie had some competition to live up to (but we made sure it had a fair chance)! The Mickey-shaped pumpkin cake with a brown butter cream cheese filling with lots of festive sprinkles looked promising… 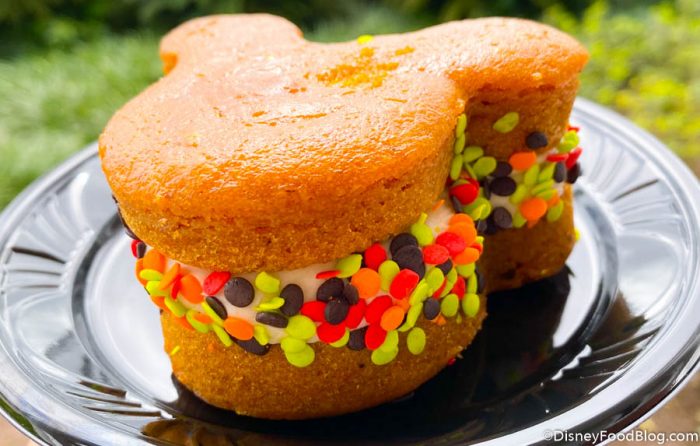 …and it TOTALLY lived up to our pumpkin treat expectations! In fact, out of the three fall treats we had from The Market at Ale & Compass, the Whoopie Pie was the CLEAR WINNER! 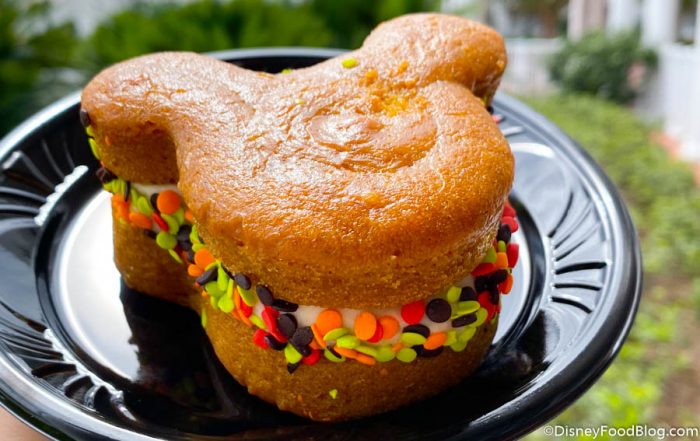 The cake itself is so soft, and the brown butter cream cheese center is INSANELY GOOD! Although the sprinkles are really cute, this treat is already rich enough on its own, so we felt like we didn’t need those sprinkles to add any more sweetness. This is the type of treat that could take you days to finish because it’s so thick and rich — and, honestly, that’s okay by us. It means we get to enjoy it for even longer! 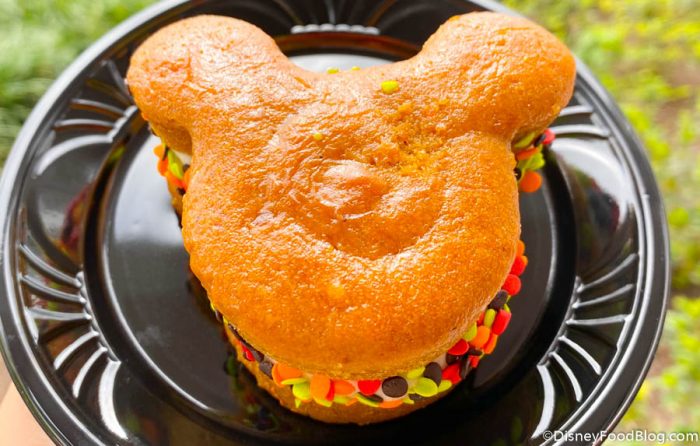 You can get this Halloween treat at Disney’s Yacht and Beach Club Resorts now through October 31st for $4.69! But, make sure to save some room for more snacks and sips, since we’ll be taking you with us to check out all the other Fall items that will be arriving into Disney World this season!

Looking for something a bit more monstrous this Halloween? Click here to check out the Mike Wazowski Dome Cake that is available at another Disney World hotel!

What’s your favorite Halloween treat that you’ve had so far this year? Let us know in the comments below!

« NEWS: Annual Passholders Get 30% Off on shopDisney RIGHT NOW!
This NEW Signage and Artwork Can Help You Bring the Disney Magic Into Your Home! »