Hi, DFB Friends! We’re back with another EPCOT update! 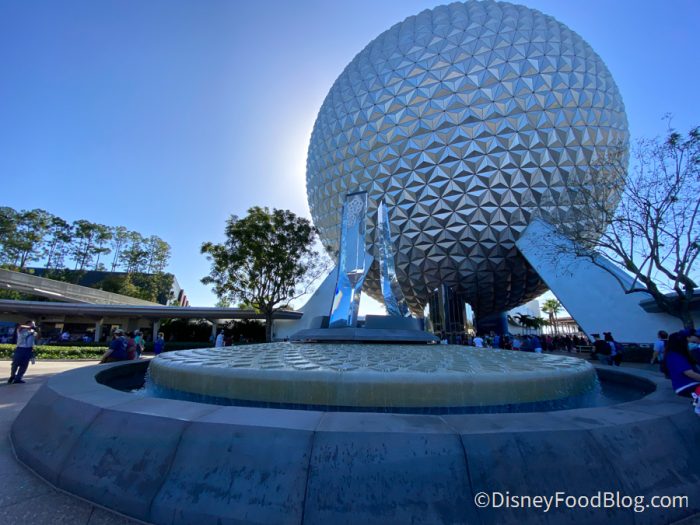 There isn’t a lot to report on as far as what’s new, but we did find some new pins and discover a candy sale! So let’s get started with the updates!

A Cast Member told us that when lines get long for funnel cakes, they will actually start taking orders outside. 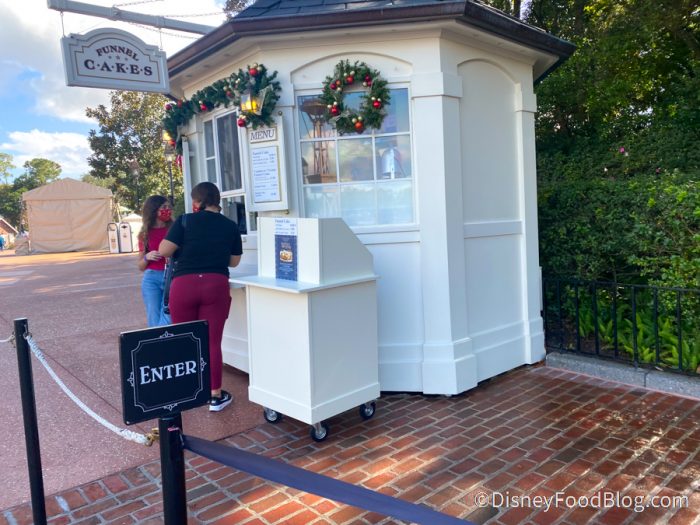 It wasn’t that busy when we were there, though.

Read our review of the Sweet Potato Casserole Funnel Cake

The beer cart added a placard to its window explaining the different German beers available there. 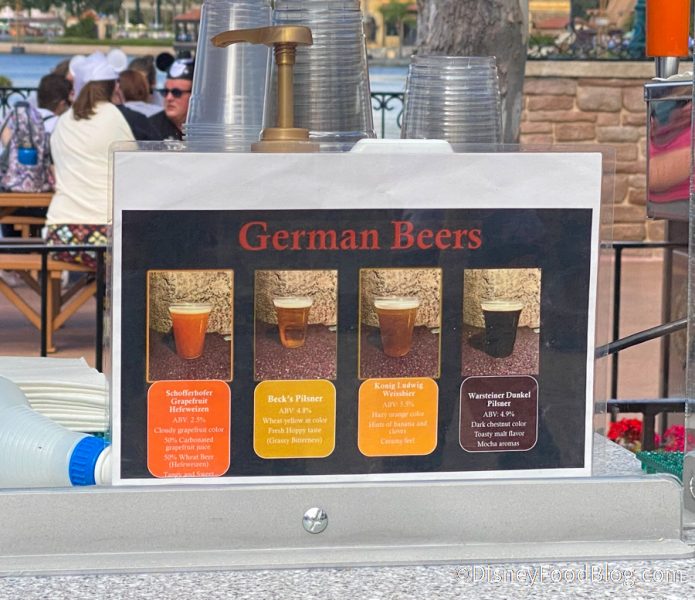 REVIEW: What Does a Jelly Doughnut Flavored Beer Taste Like? We Found Out in EPCOT!

There’s a sale on White Rabbit Candy at House of Good Fortune at the China Pavilion! 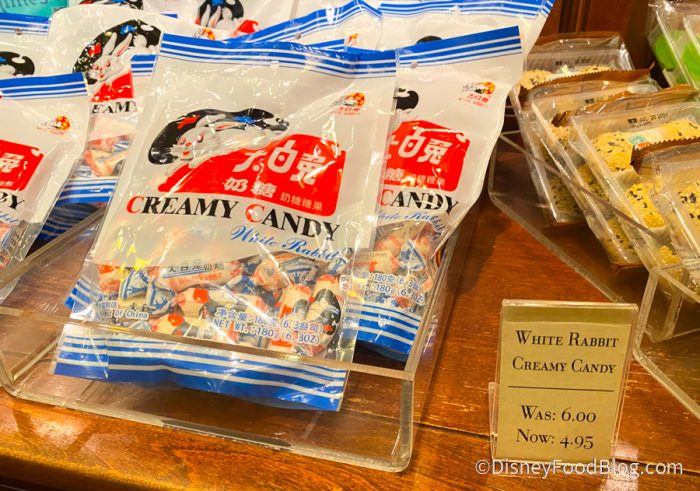 We Found Candy and Chicken Tomato Chips in Disney World (and They Were GOOD)!

We spotted some new pins at Pin Traders, including this Soul Pin Set that features Joe Gardner, Mr. Mittens, and 22! This limited edition set is $59.99. We previously spotted this one at Downtown Disney at Disneyland Resort. 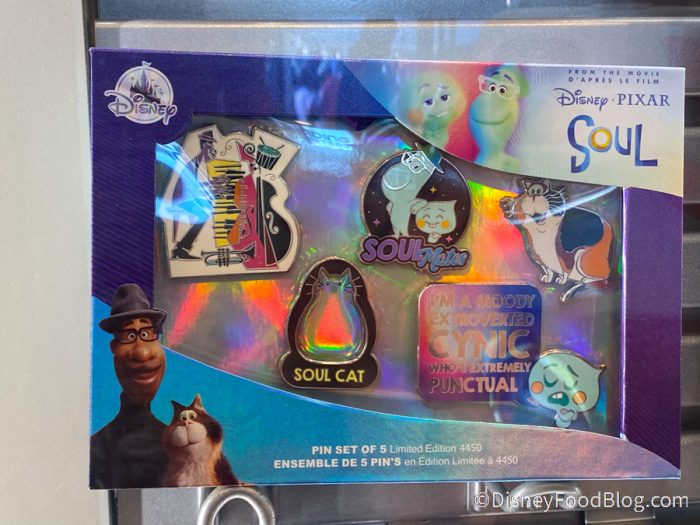 This Emperor’s New Groove Pin celebrates the 20th anniversary of the movie! This pin is $19.99. 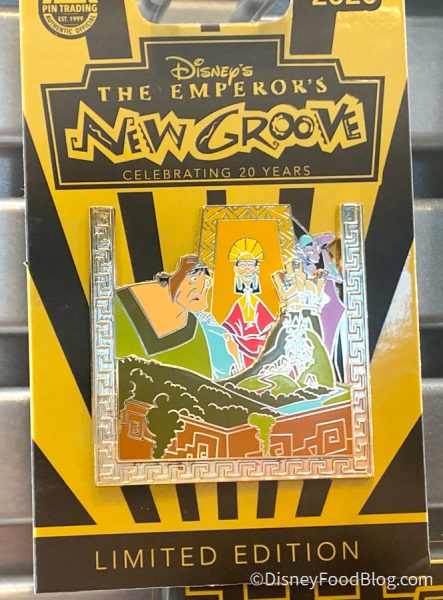 This Emperor’s New Groove Jumbo Character Pin is shaped like Kuzco’s palace and features all the film’s major characters, including Kronk’s squirrel buddy! 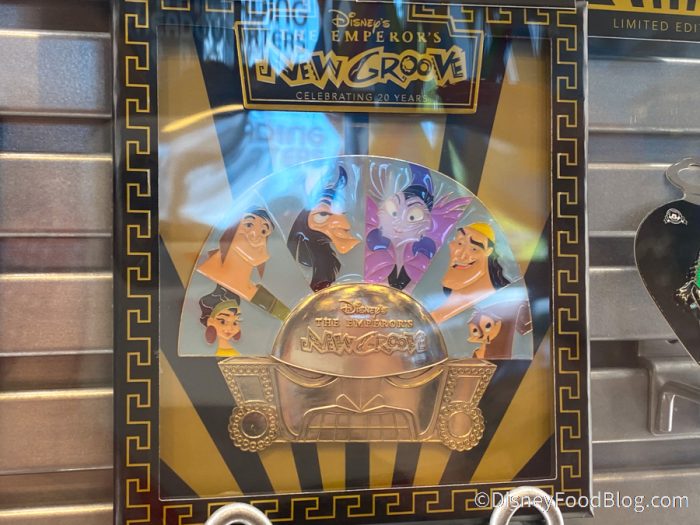 The PeopleMover might currently be under refurbishment, but we can still celebrate it with a Mickey and Minnie PeopleMover Figure! 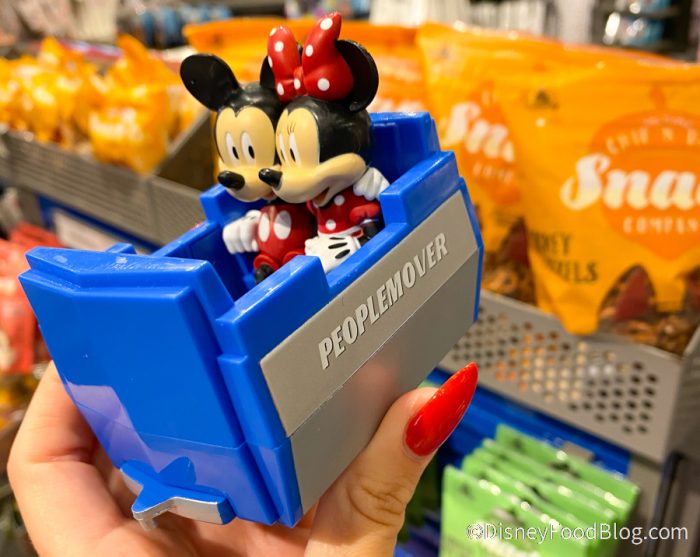 We found some sweet new Minnie Mouse necklaces at Mouse Gear, like this Initial Minnie Mouse Necklace that has a polka dot initial on it plus a Minnie made of Swarovski crystals. 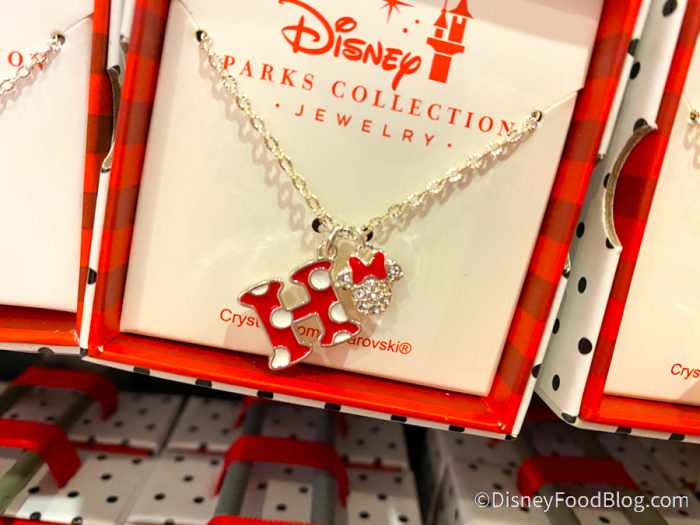 This Minnie Mouse Necklace has a classic Minnie on it, along with a pretty swirled stone with a heart and exclamation point. 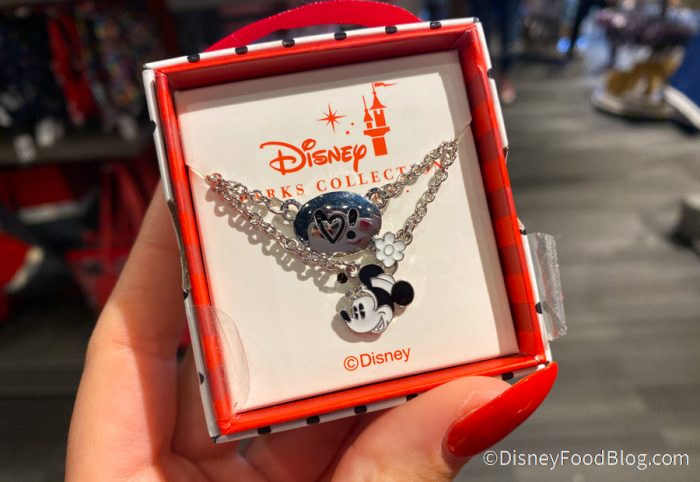 Show Off Your Pixar Love With This New Jewelry We Found at Disney World!

We’ve often seen the Frozen Ever After line completely snake away from Norway and into China. And a Cast Member told us that they’re now no longer letting guests into the line once it reaches China. 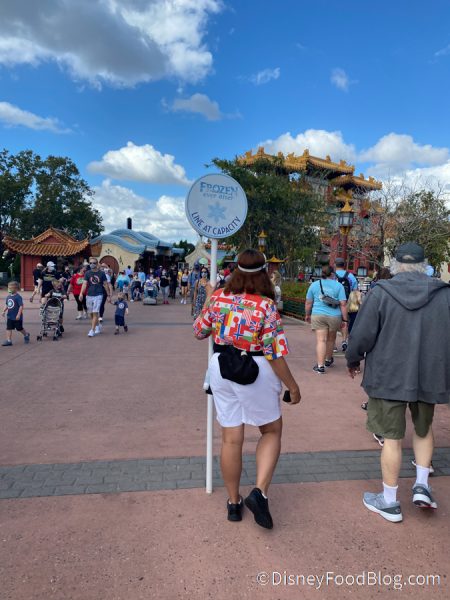 Frozen Ever After Line

If you’re looking to ride this attraction and the line reaches capacity, the best thing to do is to check back later.

PHOTOS: Frozen Ever After in EPCOT Now Seating Riders in Every Row

The Festival of the Arts starts SOON and we’re already starting to see art and merchandise tents showing up. 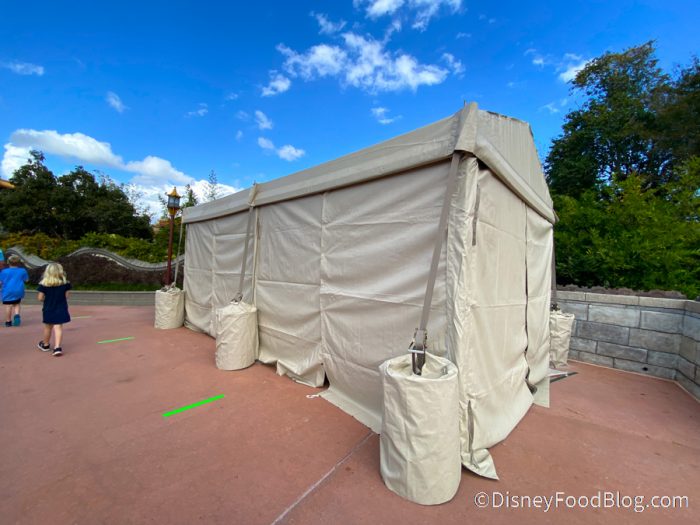 Festival of the Arts Tent

It will be hard to say goodbye to the Festival of the Holidays, but bring on the next big EPCOT event!

PHOTOS: Early Look at Some of the Artwork Coming to EPCOT’s Festival of the Arts!

We had a great day at EPCOT, but stay tuned because we’ll be back soon with even more updates!

Review! How Many Times Can We Say ‘Hearty & Cozy’ When Describing This EPCOT Restaurant?

Have you been to EPCOT recently? Let us know in the comments!

« What Could Possibly Go Wrong With Truffles and Booze in Disney World?!
Walk-Up Waitlist Is Unavailable for LOTS of Restaurants in Disney World Today »