ICYMI: a train is currently in the works that will connect the Orlando International Airport to Disney World!

It’s part of Brightline’s high-speed rail service, which is currently in development and will also travel to Miami, Fort Lauderdale, and more. Although the train was originally targeting a 2023 opening date, it has been delayed to 2026. And now, we have an update on an alternate path for the train through Orlando.

According to the Orlando Business Journal, Brightline is considering 2 Orlando-to-Tampa routes: one down State Road 417 and another along State Road 528, which could lead to I-Drive. While the latter option would cost almost $1 billion more, stakeholders such as the I-Drive business chamber of commerce and Universal Orlando Resort may push for its implementation.

Orange County officials have confirmed to OBJ that discussions will take place regarding a transportation option connecting I-Drive and Brightline. Maria Triscari, president and CEO of the International Drive Resort Area Chamber of Commerce, stated that “With millions of visitors to the I-Drive corridor…a mass transit from OIA to I-Drive is imperative to best service our community and continue the economic growth of our entire region.”

Universal Parks and Resorts Chairman Tom Williams stated in 2019 that Universal would push “with every bit of strength that we’ve got” to get this connection. With its new Epic Universe theme park under construction, this connection would greatly benefit the company. 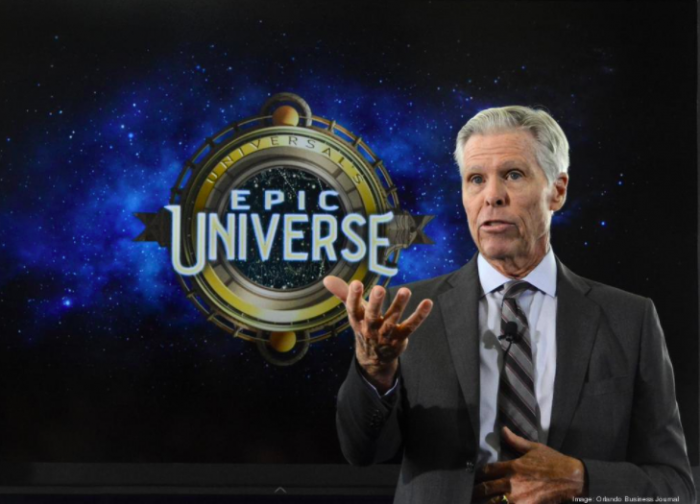 Orange County assistant county administrator Carla Bell Johnson has acknowledged these requests. She states, “we do anticipate there will be upcoming discussions with International Drive stakeholders regarding potential options for providing transit connectivity to the International Drive area.” However, there have been no meetings since February focused on this connection.

The key issue with this I-Drive connection is the $1 billion added cost associated with the State Road 528 route. Orange County Mayor Jerry Demings has proposed a future transportation tax to cover this cost, but it was tabled in 2020 due to the pandemic. Since then, Demings has not made any decisions on whether or not to pursue the tax.

We’ve previously taken a close look at how much the train might cost, how Disney might get you and your luggage from the train station to your Disney hotel, and where the Disney Springs station may be located. We’ll keep a close eye for more updates and keep you posted. Stay tuned to DFB for more Disney news!

Would you take this train to Disney World? Let us know in the comments!

« NEWS: Theme Revealed for runDisney’s 2021 Virtual Summer Event
You Guessed It: ANOTHER Disney World Pool Is Getting Refurbished »