Disney is getting ready to reopen Disneyland Park and Disney California Adventure Park at the end of this month. 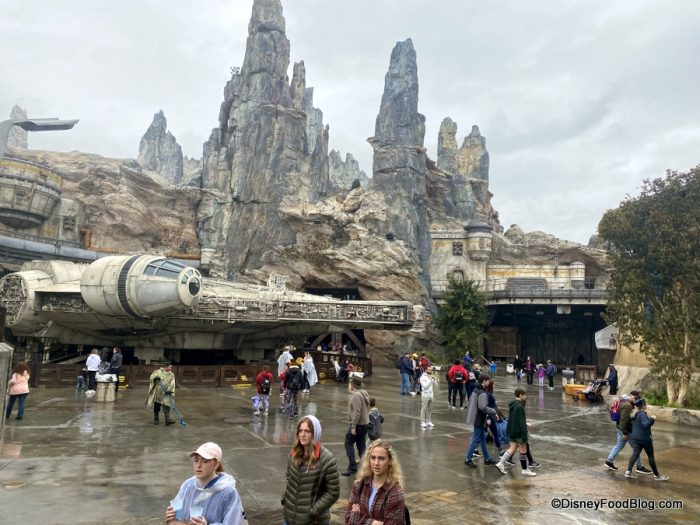 So far, we’ve seen updates in terms of when dining reservations for the restaurants in the parks will be available, when tickets will be on sale, and more details about the future reopening. What rides will be open when Disneyland reopens you ask? We’ve got an update on that too and some BIG news about one super popular ride — Star Wars: Rise of the Resistance.

According to California’s updated guidelines, indoor rides must be limited to no more than 15 minutes. Additionally, all queues for attractions or rides must be outdoors, and there should be plexiglass installed to ensure that there is at least six feet between groups.

You might not think that the indoor ride time limit would be a problem for most rides, as Disney rides tend to be generally short — but Rise of the Resistance is QUITE long. 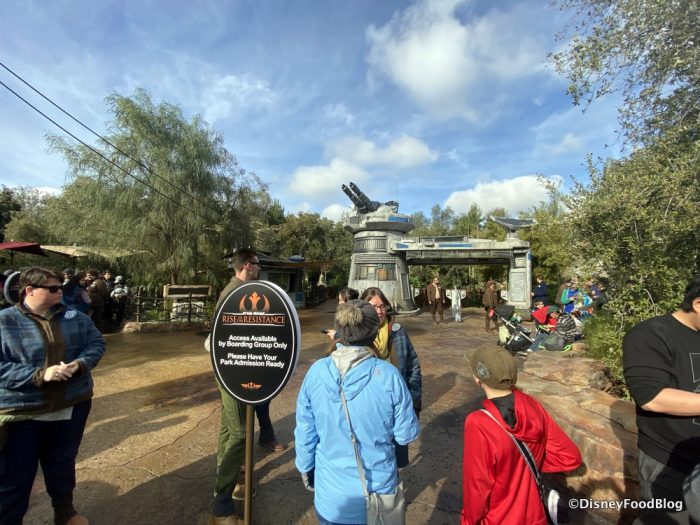 But, today Disney shared an updated list of ALL of the rides that will be reopening with the parks and you know what ride was listed on there? Star Wars: Rise of the Resistance! It’s near the end of the list featured below. 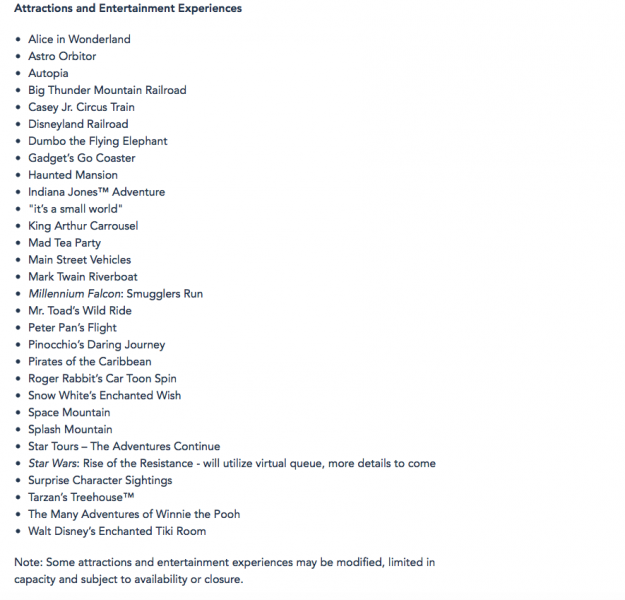 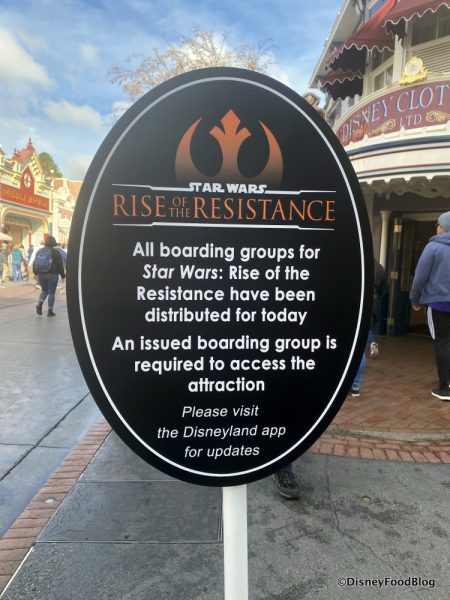 At least for now, it does appear that Rise of the Resistance is set to be open when Disneyland Park reopens and it will utilize a virtual queue. Stay tuned for all the latest updates!

Click here to see WHEN Disneyland tickets will go on sale!

Are you planning to visit Disneyland when it reopens? Tell us in the comments!

« NEWS: All Adults Will Be Eligible for the COVID Vaccine Sooner Than Expected
Will You Be Able to Visit BOTH Parks in One Day Once Disneyland Reopens!? »