EPCOT’s International Flower & Garden Festival may still be going on, but we’re already starting to plan ahead (a bit) for the International Food & Wine Festival! 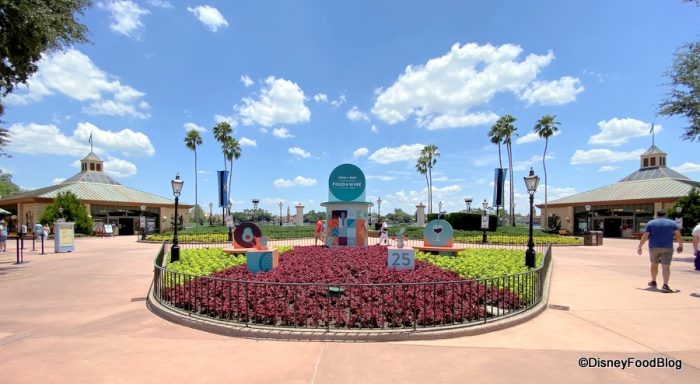 A Taste of EPCOT Food and Wine Festival

We’ve already shared a look at the dates for the Food & Wine Festival, 5 booths that have been confirmed so far, and a look at the entertainment that will be coming back. But, one of our questions that still hasn’t been answered is whether the Eat to the Beat Concert Series will be coming back. Today one fantastic reader shared a potential clue with us to solve this mystery!

Last year, the Eat to the Beat concerts were canceled during the Taste of EPCOT International Food & Wine Festival. Disney hasn’t made an official announcement yet as to whether these concerts will be returning this year, and the Disney website for them still just shows that they are “temporarily unavailable.” 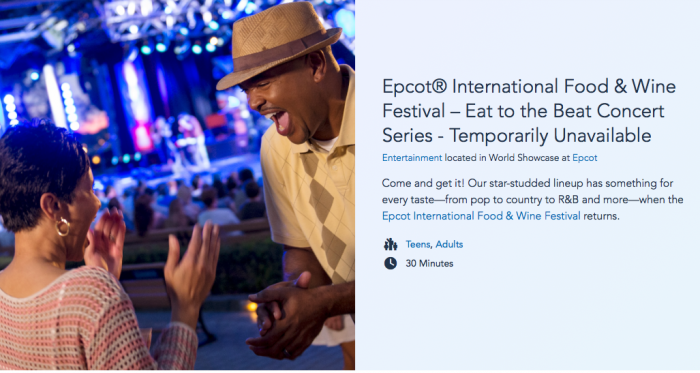 BUT we have seen some signs that could point to their potential return. Earlier this year, we shared that Taylor Dayne’s website previously showed 3 tour dates in EPCOT for later this year. These tour dates were later removed from her website, however.

Now, we’ve got another sign that might point to the return of Eat to the Beat. A huge thanks to our follower Bob Dankese (@monorailbob on Twitter) for alerting us to this!

As Bob shared with us, the website for the singer Tiffany currently shows her list of upcoming tour dates. On this list is…you guessed it, 3 dates in EPCOT in the fall which are listed on her website as being for “Eat to the Beat.” 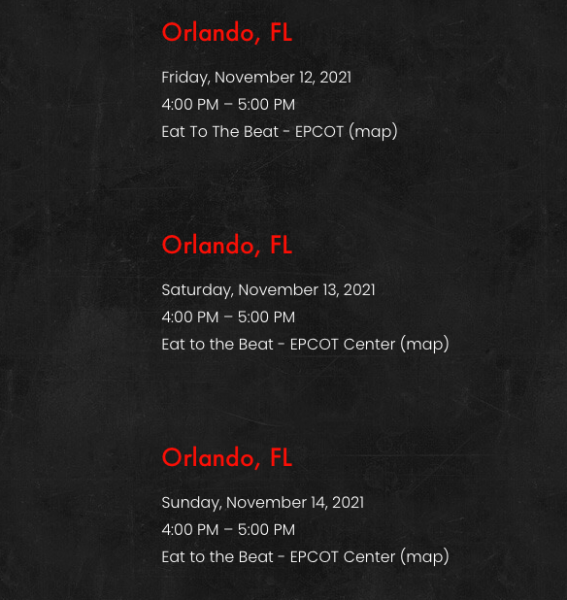 You may recognize Tiffany from hits like I Think We’re Alone Now and Could’ve Been.

UPDATE: These concert dates have since been removed from Tiffany’s website. Disney has now announced that there will be live performances in the America Gardens Theatre, but the concert series will be called America Gardens Bandstand presented by Florida Blue Medicare. These performances will take place Friday through Monday evenings and will feature local bands playing songs of yesterday and today. It sounds similar to the concerts that have been taking place during the Flower & Garden Festival.

We’ll keep an eye out for more updates and let you know what we find!

Are you a fan of the Eat to the Beat Concerts? Tell us in the comments!

« PHOTOS: Disneyland’s Avengers Campus Is Opening In Less Than a Month — Here’s What You Can See NOW!
Another Week of Slim Park Pass Reservations Is Coming at Disney World! »