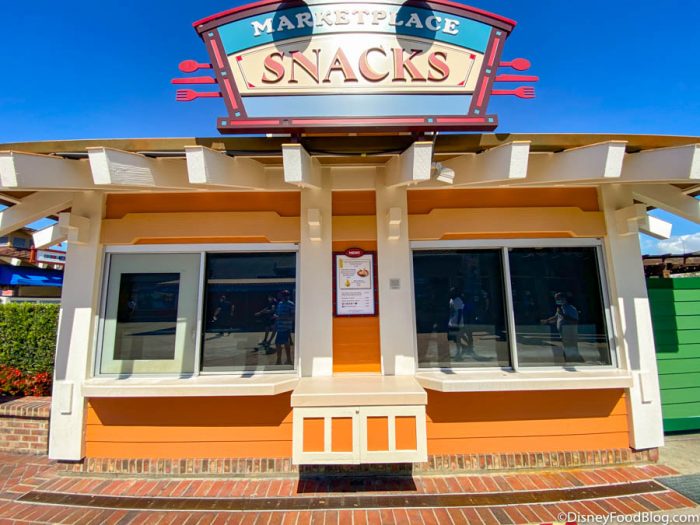 Just a few months ago, we tried the Minnie Dole Whip Watermelon Cup (which had a bit of an identity crisis…) and we snagged a cup FULL of watermelon Dole Whip on its own, but now this special Dole Whip flavor is back and in a new parfait form. Is this new creation a Dole Whip must-have or a total pass? We’re bringing you all our thoughts right here!

We’ll be honest, the last few times we had the watermelon Dole Whip, it tasted more like bubblegum than watermelon. The flavor was a little more artificial than we had hoped for. When we heard that watermelon Dole Whip was coming back in a special, new form, we HAD to give it a try and see if it could redeem itself! 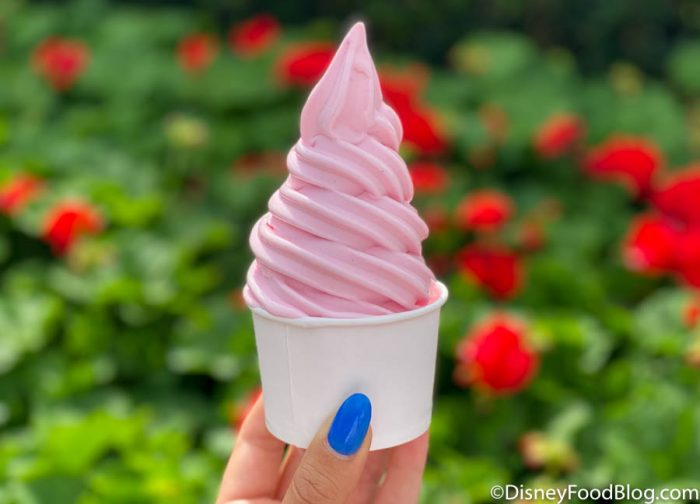 Watermelon Dole Whip Cup from a Few Months Ago 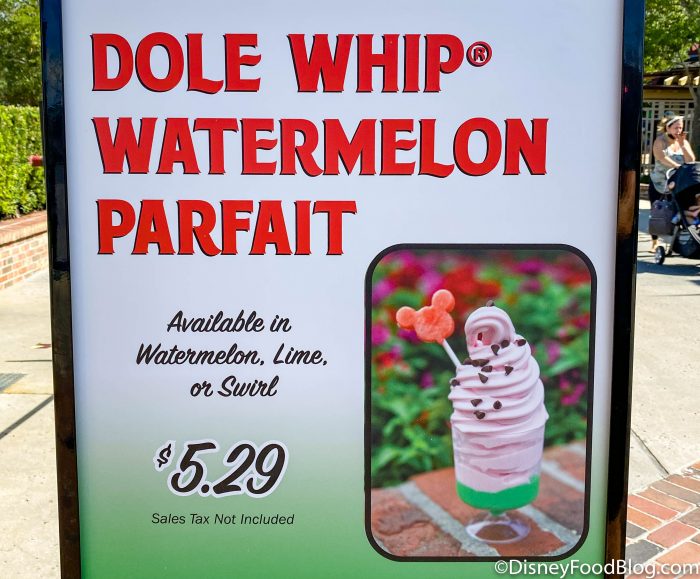 Okay, so let’s start with the looks. This Dole Whip creation is definitely colorful. The custard is very vibrant, the watermelon Dole Whip is a great color, the chocolate chips make it look like it’s got watermelon seeds on top, and the addition of the Mickey-shaped watermelon piece is really fun! There’s no denying that it is visually cool and a pretty Instagrammable treat. 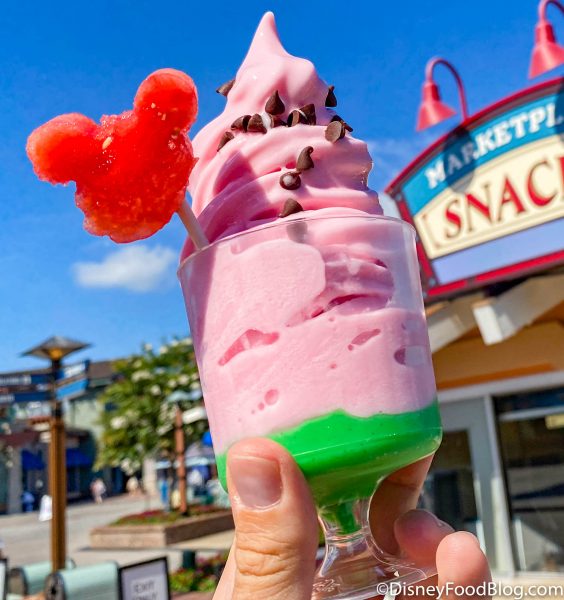 It’s back! Get the Dole Whip Watermelon Parfait from Marketplace Snacks in Disney Springs! pic.twitter.com/jDn7puAiEK

But the flavor tasted like fake watermelon. It wasn’t overpowering like a watermelon Jolly Rancher, but it didn’t have a fresh watermelon flavor to it either. The chocolate chips, while visually fun, felt really out of place here with the other flavors.

Chocolate Chips and Watermelon — Delicious or No Way?

Once we got to the lime custard at the bottom, we had already eaten most of the Dole Whip. It might have been interesting if the custard and Dole Whip were actually layered more so you could get a taste of both in each bite, rather than only getting it towards the bottom. The custard added another level of flavor and a good tartness, but we couldn’t really identify it as a strong lime flavor. 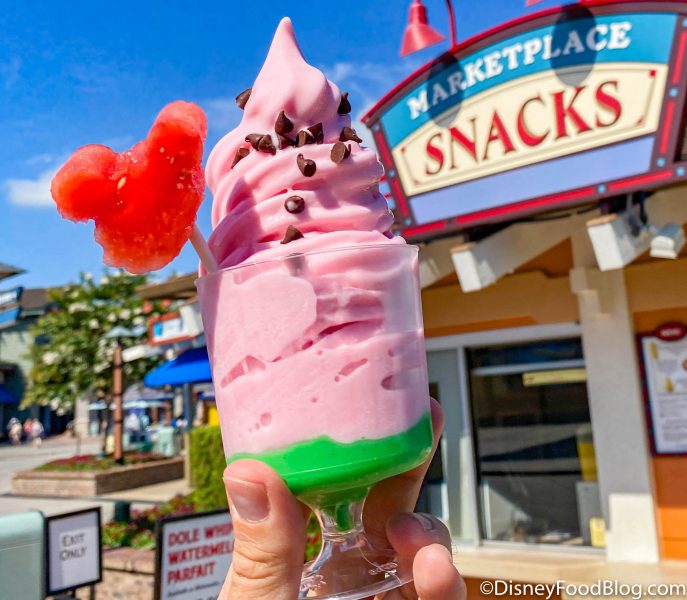 Time to Dig In

The watermelon garnish didn’t really have a strong flavor either, and was basically overpowered by the sugary nature of the custard and the artificial flavor of the Dole Whip. 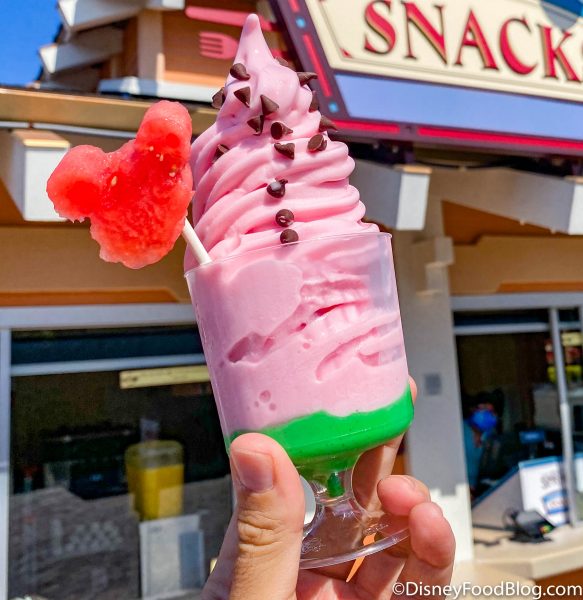 If you absolutely MUST try any and all new Dole Whip creations, or you like that artificial watermelon Jolly Rancher-type flavor profile, then you might enjoy this.

But, if you like fresh fruit flavors, you don’t love treats that are very sweet, or you don’t like the idea of mixing watermelon with chocolate, this probably won’t be a good match for you. 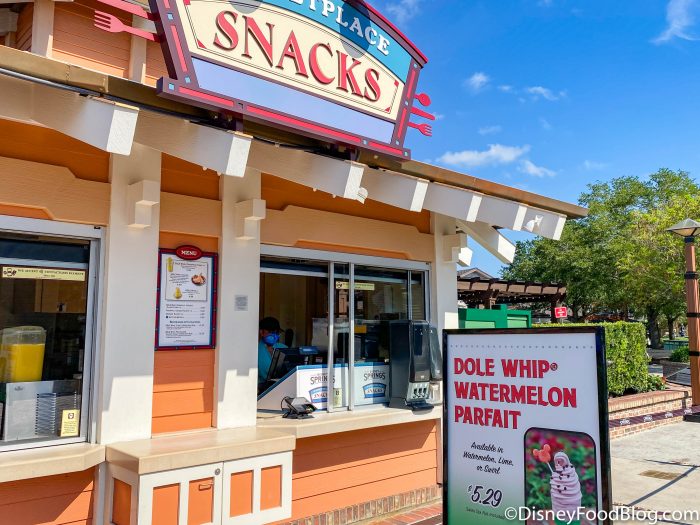 You Can Try It Yourself to See If You Like It!

If you want to try it, you can stop by Marketplace Snacks right now! We’ll keep an eye out for more new Dole Whip treats all over Disney World and let you know what we find. Stay tuned for more Disney news and reviews!

Would you try this Dole Whip parfait? Tell us in the comments!

« 10 Things You NEED to Bring If You’re Going to Disney World for the 50th Anniversary
PHOTOS: We DARE You Not to Smile When Reading This Disney World Post »