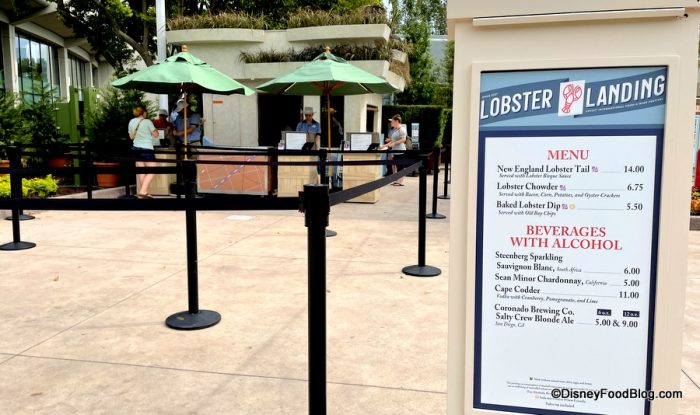 The 50th anniversary of Walt Disney World is coming up soon but EPCOT opened up some more festival booths for us to enjoy early! Several of them are BRAND NEW, so you know we had to get to the World Showcase ASAP to check them out for you! And one of these new booths is a lobster lover’s DREAM!

Over by Mission: SPACE is the all-new Lobster Landing booth! This place looks like it has some great eats for seafood fans, but maybe wait until after riding Mission: SPACE to indulge, unless you have an iron stomach!

The menu includes lobster-based dishes only, just as the name implies, and they’re all very different from each other! There’s also a decent variety of alcoholic beverages. 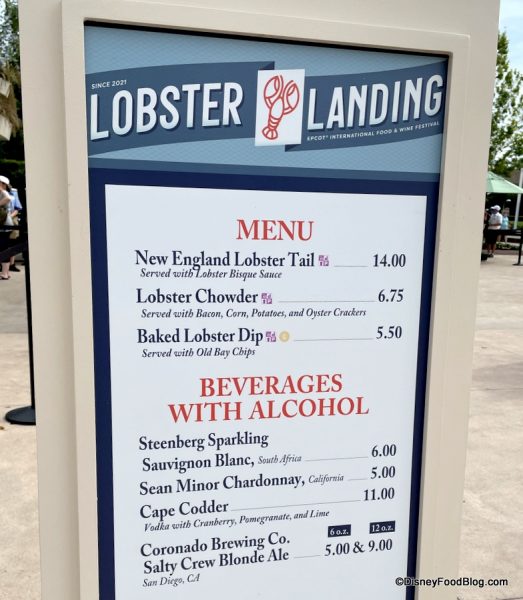 Both wines on the menu are white, which is great when you’re eating lobster!

We started with one of the more classic ways to eat the crustacean — the New England Lobster Tail with Lobster Bisque Sauce for $14. It’s VERY tasty, but you guys — it is SO hard to eat it on this small plate. The best we could do is to just jab at it with our fork and eat it off of that. So instead of gracefully cutting into it, we just kinda’ stabbed it over and over (sorry, lobster). 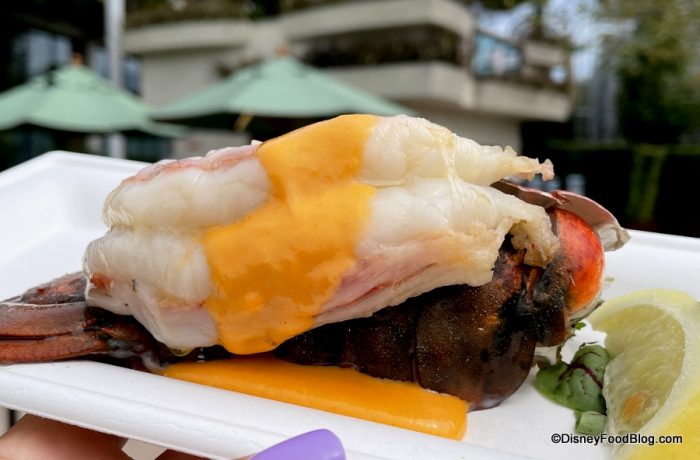 But all that work was TOTALLY worth it. The lobster is PERFECT and the bisque sauce on top just takes it up an extra notch. It also comes with a lemon wedge if you want to add a little citrus flavor to the lobster tail. 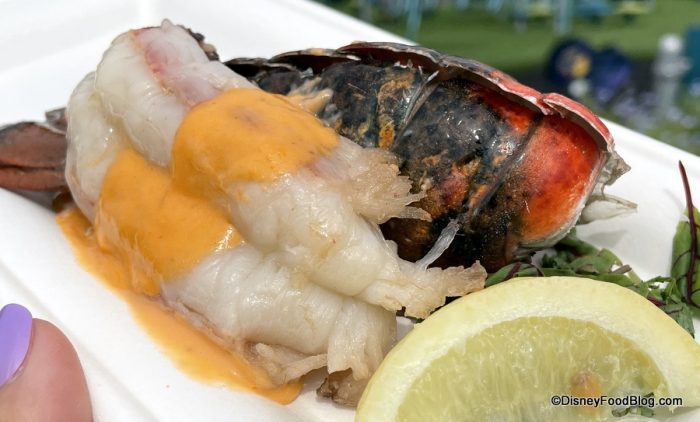 It was hard to eat, but so worth it.

Next, we tried the Lobster Chowder with Bacon, Corn, Potatoes, and Oyster Crackers for $6.75. We’re going to have to say that hearty chowder and super hot, humid weather is NOT a great combo! But here we are. The portion size is good, though — we’ll give it that. The lobster and potatoes are diced up about the same size, so you get a lot of lobster with each bite. 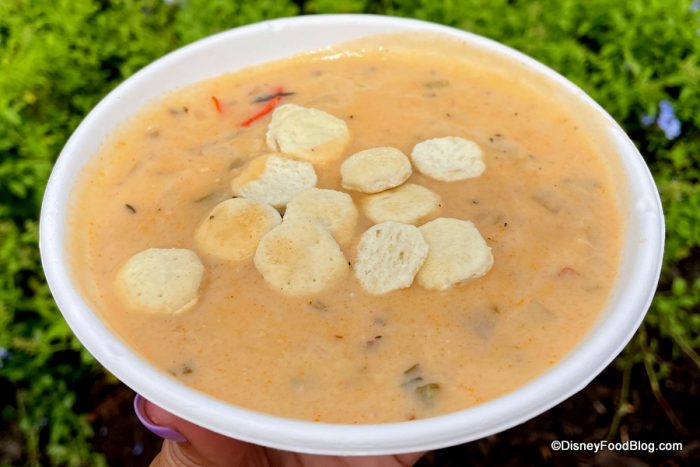 There’s also some bacon in there (mmm….bacon), but it doesn’t overpower the chowder. The oyster crackers on top with the chives add a nice balanced flavor on top. But yeah, we’d be way more excited about this if the weather were cooler. 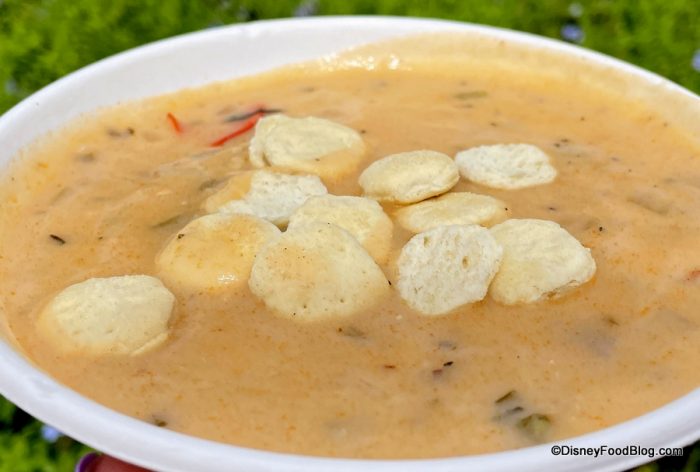 Finally, we had the Baked Lobster Dip with Old Bay Chips for $5.50. This dish is also gluten/wheat friendly! Since it’s a dip, it’s a great item to share with someone else. 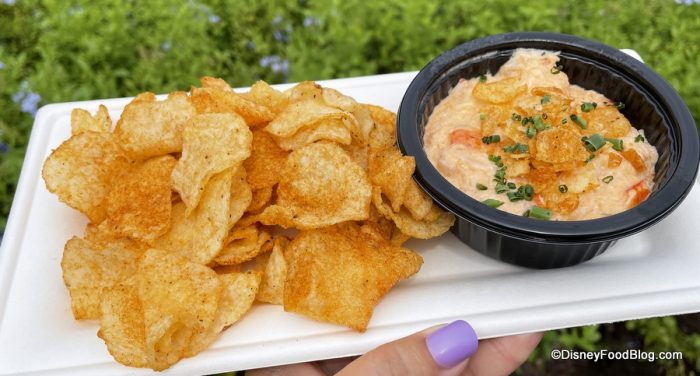 This was probably our favorite thing at this booth! The dip is warm and creamy with a lot of shredded lobster meat in it. 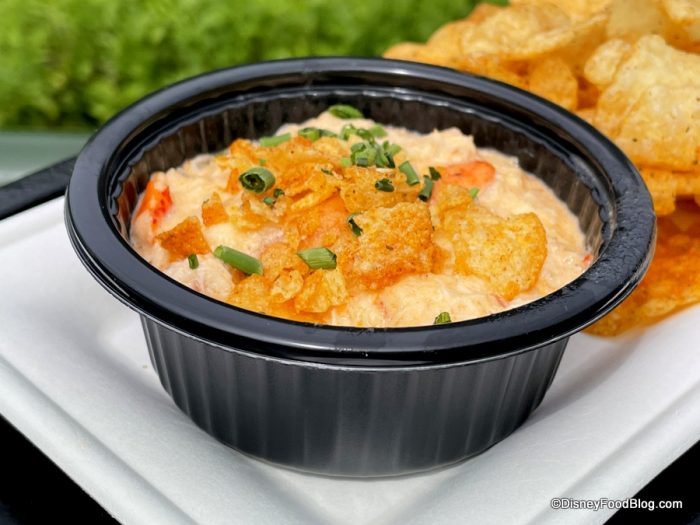 It was like warm lobster queso, and well, we do love us some queso! The chips were also tasty and the Old Bay seasoning made them super flavorful. 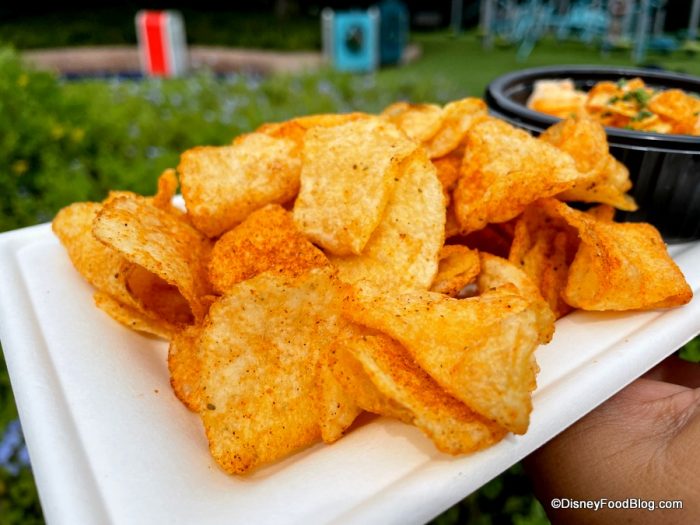 We’ll just say we would order this again.

There’s one beer on the menu at Lobster Landing, the Salty Crew Blonde Ale from Coronado Brewing Co., which is $5 for 6 oz. and $9 for 12 0z. There’s nothing really salty or interesting about this beer — it’s basically an average light beer, but it was refreshing on a hot day. If you’re a fan of light beers, though, this might be your jam. 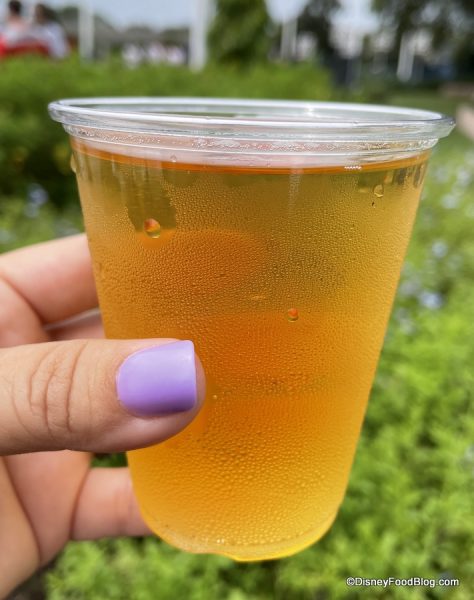 There’s also a Steenberg Sparkling Sauvignon Blanc from South Africa for $6 and a Sean Minor Chardonnay from California for $5, but we capped off our experience with the Cape Codder for$11 , which is Vodka with Cranberry, Pomegranate, and Lime. And yes, it was as refreshing as it sounds. 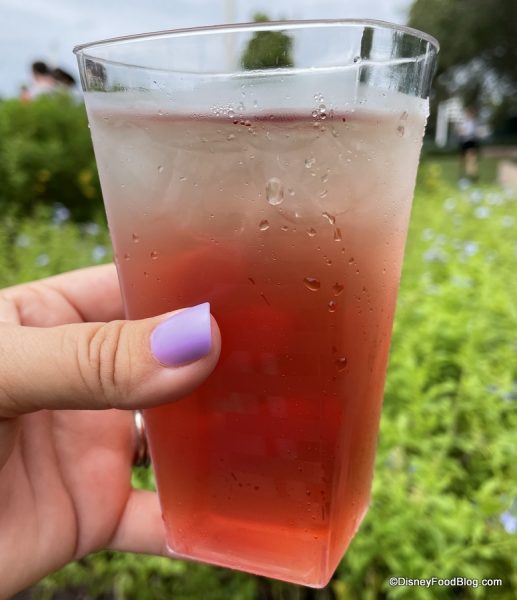 Because of the heat, the ice was already melting at the top of it by the time we took a sip, which watered it down a bit. But once we got to the bottom of the drink, we enjoyed the flavor, which is mostly cranberry (we only got a hint of the lime).

We were very impressed with this booth! Anyone who likes lobster should try something from the menu. The dip was our favorite because we love cheese, but we don’t think you could go wrong with any of the 3 dishes. Obviously if you don’t enjoy seafood, you’ll probably want to skip this booth, although if you feel like being adventurous, you might enjoy the Baked Lobster Dip!

That’s everything from the all-new Lobster Landing booth at EPCOT’s Food and Wine Festival! We’re here trying out the other brand new booths, so stay tuned to DFB for more reviews!

Click here to see the other booths opening today!

Are you going to pay a visit to Lobster Landing for some seafood? Let us know in the comments!