Buffets are officially back in Disney World, at Boma in Disney’s Animal Kingdom Lodge and Biergarten inside EPCOT. 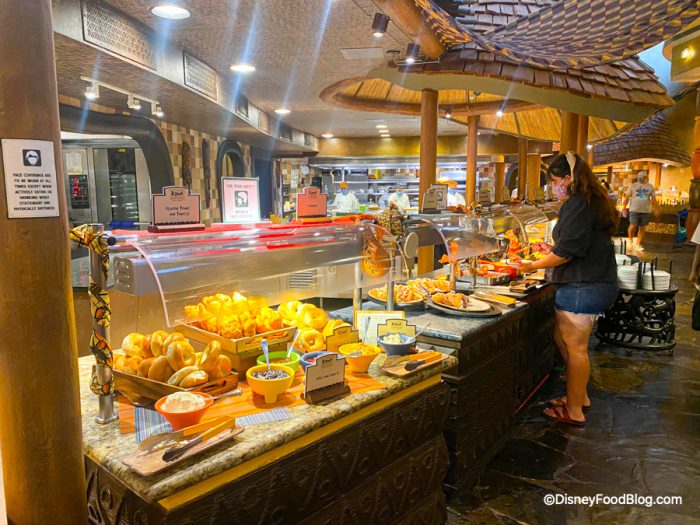 Boma Buffet is Back!

Some other restaurants that used to be buffets are currently serving food family-style, like Tusker House in Disney’s Animal Kingdom. ‘Ohana at Disney’s Polynesian Resort changed up their service by bringing out the meat in skillets instead of walking around with skewers. However, Boma reopened as a buffet and Biergarten switched back to their buffet style, and more restaurants (like Crystal Palace in Disney’s Magic Kingdom) are planning to do the same. So how do you feel about the return of buffets to Disney World? We asked our readers, and now we have the answer! 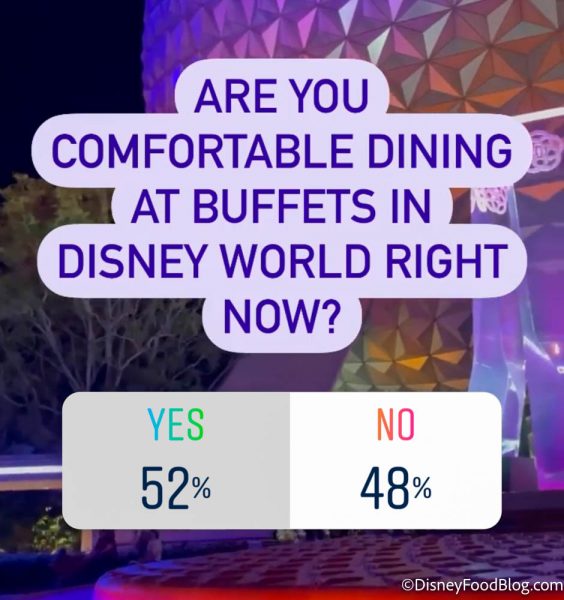 Are you comfortable with buffets?

Slightly more people chose “Yes” (they are comfortable dining at buffets) with 5,577 responses as compared to the 5,178 responses for “No.”

The results are in!

We were shocked by how close this was! The “Yes” took the lead by just 2%, which shows us that people are very divided on how they’re feeling about Disney World buffets. 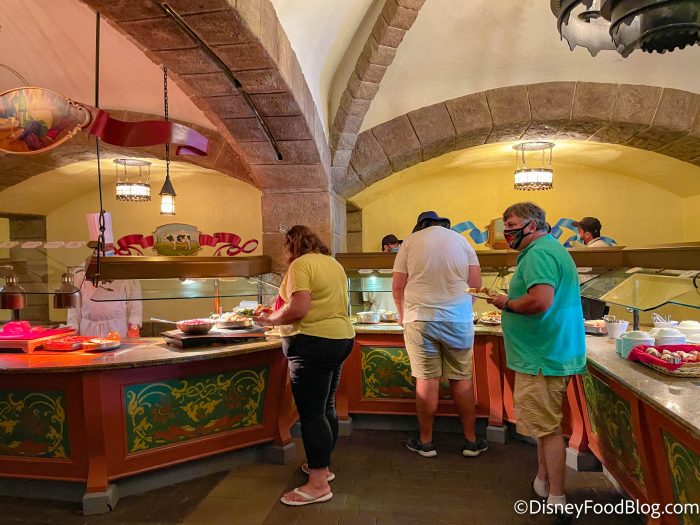 There are some safety measures like mandatory face masks and some extra cleaning, but there’s also more interaction at the buffets, and we didn’t see Cast Members cleaning utensils between guests. 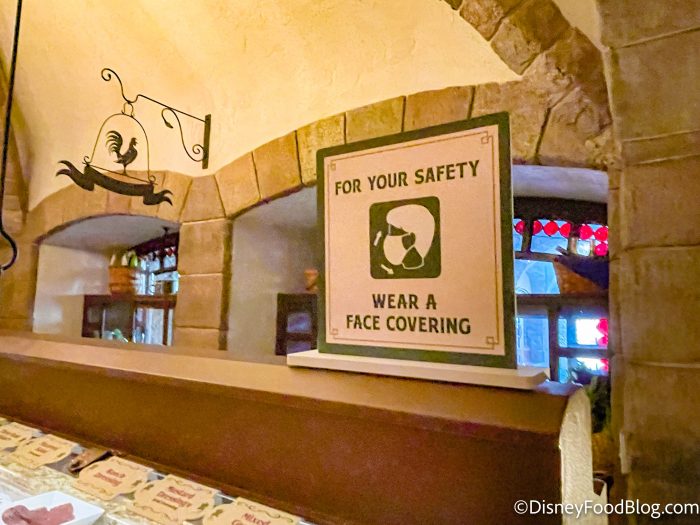 It’s looking like buffets in Disney World are on the rise, with at least one more opening soon in Disney’s Magic Kingdom. What are your thoughts on this?! Let us know. Keep following DFB, and we’ll let you know about any more updates in Disney World!

Have you been to a Disney World buffet recently? Let us know what you thought in the comments!

« Which Celebrities Will Make a Cameo in Muppets Haunted Mansion on Disney+?
4 Ways The White House Vaccine Mandate Could Affect Your Disney World Trip »