Disney World has fully embraced their EARidescent theme for the 50th Anniversary celebrations. 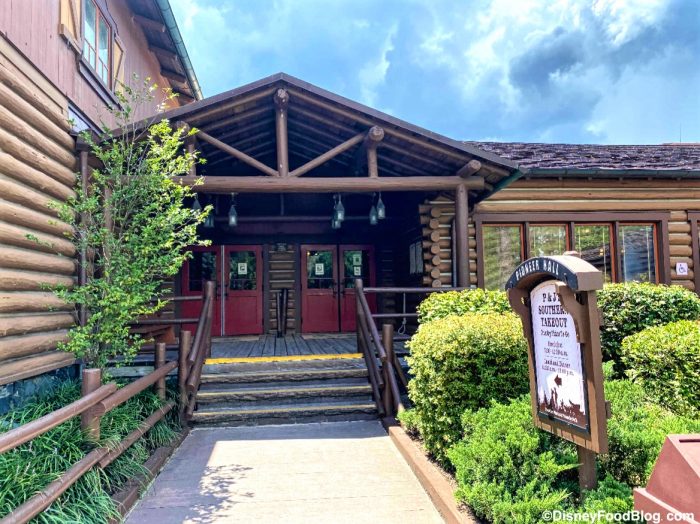 There are EARidescent Minnie ears, decorations, and treats all over the parks. But today we found a Disney World treat that isn’t covered in blue, purple, and gold. Come with us to check out this rare beauty at Disney’s Fort Wilderness Resort and Campgrounds.

Since Fort Wilderness Resort is celebrating its own 50th Anniversary, you can also find a bunch of unique merchandise at the hotel gift shop for that occasion! But right now, we have more pressing matters: the Campfire S’more Cupcake. 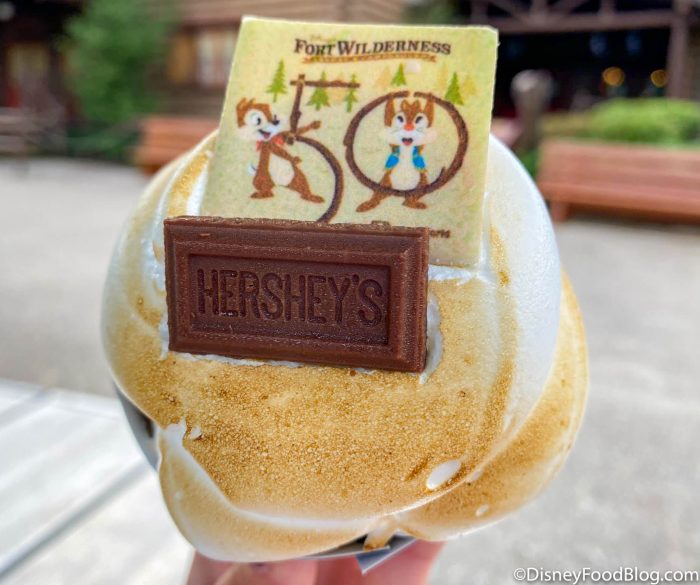 This treat is a graham cracker cupcake filled with chocolate mousse and topped with Italian meringue. It also has a little piece of white chocolate on top with a design showing Chip ‘n’ Dale and a “50” between them. There’s also a piece of Hersey’s milk chocolate on top. It’s basically an attempt at s’more in cupcake form! And from a looks perspective, it’s adorable. But, does it deliver that s’more taste?

Together, the ingredients taste similar to a s’more but the taste wasn’t as on point as we had hoped. The meringue on top was fantastic and had that light smokiness to it — as if it had been held by a campfire recently. 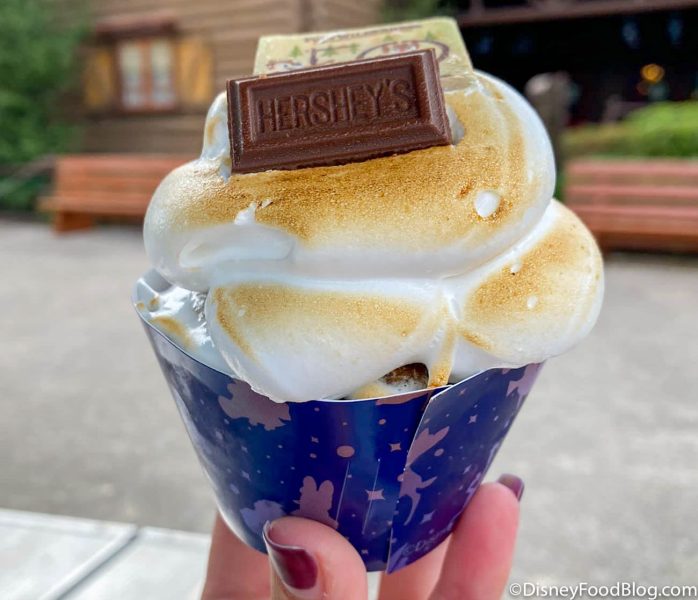 The chocolate mousse inside was also really hard at first. Once it melted a bit, it was basically just a slightly less hard piece of chocolate mousse. It wasn’t our favorite. Maybe let it melt for a bit before eating to help loosen up that hard chocolate interior. 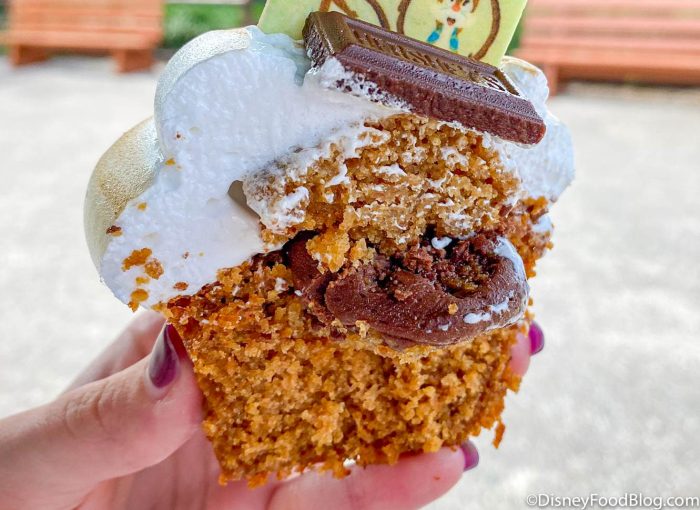 A Peek Inside the Cupcake

Overall, the cupcake is not too sweet, even with the meringue on top, because the cake itself is so bland. Sadly, this is a treat that looks a lot better than it tastes (at least in our opinion). 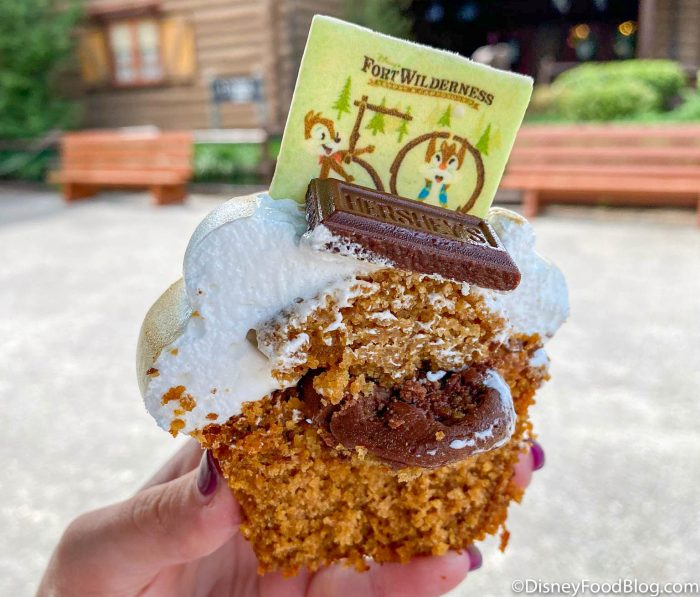 What Do You Think?

The meringue topping and the mini Hershey’s bar were essentially the 2 best parts of this treat. We were really disappointed by the cake, as we were hoping it would give us that campfire feel, but, for us, it fell flat.

If you love marshmallows, you’ll love the top part of this cupcake! This is a newer cupcake, so maybe the recipe will shift a bit and it will be worth a try! But as it stands, it’s not a treat we’d personally get again. But your tastes may be entirely different! If you want to try this cupcake, you can grab it from P&J’s Southern Takeout for $5.99. Keep following DFB to see all the new treats coming to Disney World for the 50th Anniversary.

Would you try the new S’mores Cupcake at the Fort Wilderness Resort? Let us know your thoughts in the comments!