Lamplight Lounge is a Disney California Adventure restaurant themed after the artistry of Pixar. It features a TON of delicious eats, including plenty of great seasonal treats! Whether it’s spicy ghost pepper nachos or delicious brunch, this Pixar Pier spot has consistently blown us away. 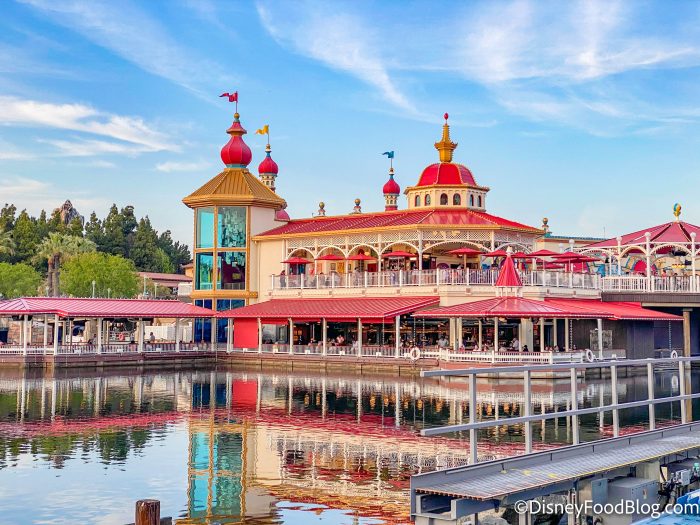 Right now, as part of the Lunar New Year Celebration at Disney California Adventure, Lamplight Lounge has some special new dishes! Let’s check them out!

This year, Lamplight Lounge is offering three seasonal offerings for Lunar New Year. These include two food items, the Kung Pao Bao and the Oolong Donut (which is actually multiple donuts), and one drink, the Lunar Cocktail! These offerings should be around for the whole celebration, which runs from January 21st to February 13th.

First up is the Kung Pao Bao, which is available for $21 and features Kung Pao-glazed Crispy Pork Belly, Chili Peanuts, Steamed Bao Bun, Red Pepper, and Green Onion Slaw. Boy howdy is this one spicy! The Kung Pao flavor was overpowering but delicious, this definitely had a lot of heat. The peppers and green onion didn’t do much to cut the spice, so if you don’t love hot food, this one isn’t for you. 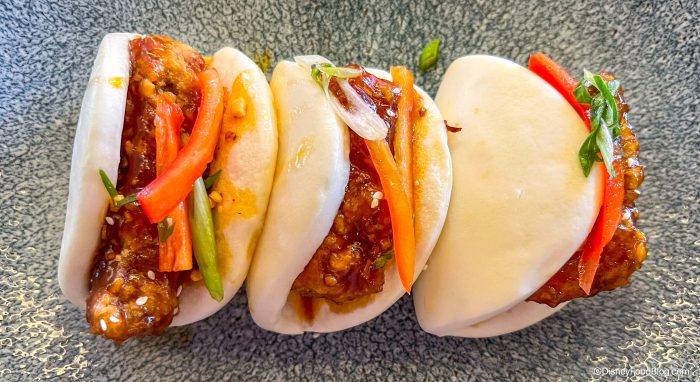 However, the Bao itself was a delicious, steamy bun with just the right amount of chewiness! Overall, we really enjoyed this bun, even with all the serious spice.

Next is the Oolong Donuts, which are $10 and feature Oolong-dusted Beignet Donuts served with Oolong Crème Anglaise and Orange Soy Pudding Dipping Sauces! For the most part, the donuts taste like cinnamon sugar — there’s not a lot of oolong flavor on these. These donuts are nice and light with just the right amount of sweetness! 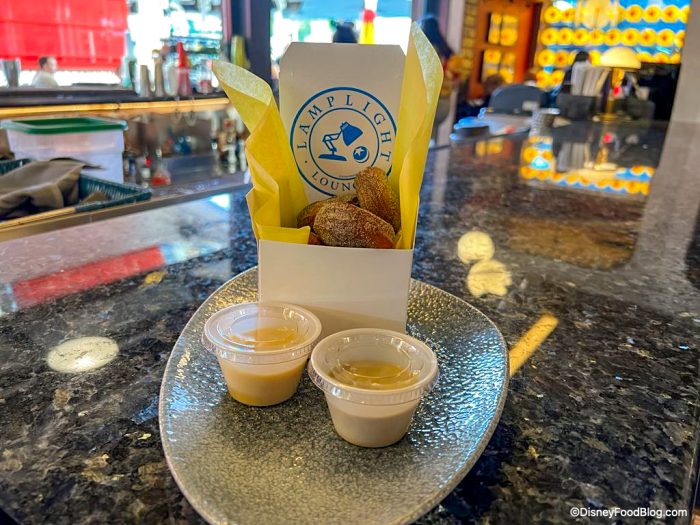 When it came to the two sauces, we preferred the Oolong Crème Anglaise over the Orange Soy Pudding because the Oolong sauce was thicker and had a lighter, more complimentary flavor.

Overall, these donuts were a fun, unique take on the dish with plenty of great flavor and just the right amount of sweetness!

Finally, we got the Lunar Cocktail, which is $15 and is made with Baiju Chinese Liquor, Smoked Orange Syrup, Orange Bitters, and Lemon Juice with an Orange Peel garnish! Our waiter told us the Baiju would taste similar to Gin, but we actually got a bit of a Mezcal vibe from it. The orange syrup definitely had a strong with lots of citrusy, smokey flavor throughout the drink. Plus, this one isn’t too boozy, so this is good if you like something on the lighter side. 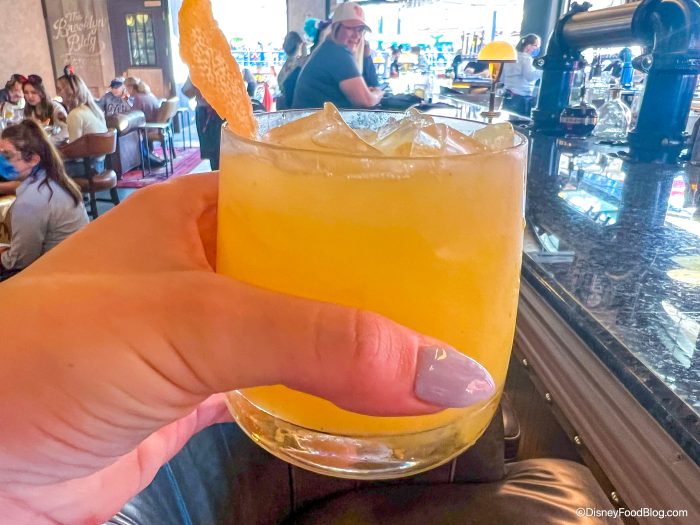 Overall, we thought this drink had a very strong smokey flavor, so if you’re a fan of drinks with a strong smokey or orange taste, this is for you.

As usual, we enjoyed everything we tried at Lamplight Lounge for Lunar New Year! The bao, even though it was pretty spicy, had a great flavor and we could see ourselves grabbing it again. The donuts were light, balanced, and a delicious way to finish off the meal. The Lunar Cocktail had a great smokey, citrusy flavor and not too much booziness, which we really enjoyed. We’d recommend checking out these new eats at Lamplight Lounge, especially if you’ve enjoyed all the other Lunar New Year eats!

REVIEW: Things Were Hot and Cold at this Disneyland Spot (In a Good Way!)

Which of these Lunar New Year offerings would you try? Let us know in the comments!

« TWO Beloved Character Meet and Greets Finally RETURN to Disney World!
PHOTOS: A Fan-Favorite Disney Character is BACK in EPCOT! »