You can get your Starbucks fix in Disneyland’s Downtown Disney District! 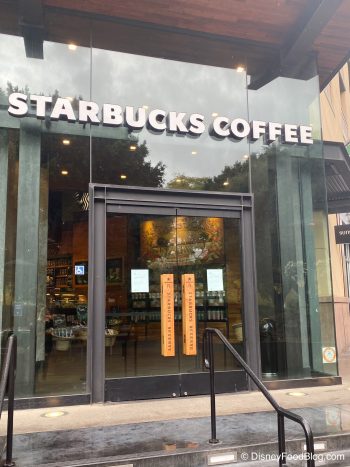 The unique LEED (Leadership in Energy and Environmental Design) Certified store used sustainable products in the construction of the building. In addition to offering all of the Starbucks beverages you already know and love, the storefront also features a Clover Bar which serves up Starbucks Reserve coffees brewed to order.

Note that there is also a Starbucks kiosk — Starbucks West — in Downtown Disney as well… so you’ll never be too far from a Starbucks!