Jaleo is a Spanish restaurant by Chef José Andrés’ ThinkFoodGroup. 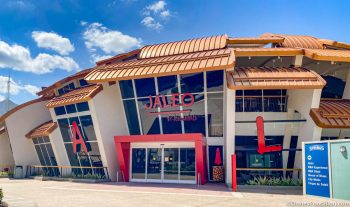 This Signature dining experience in Disney Springs is the first Florida location for Jaleo, which has four other locations in the United States.

Chef José Andrés’ has been named as one of Time Magazine’s 100 Most Influential People in 2012 and 2018 as well as Humanitarian of the Year by the James Beard Foundation. He was also nominated for the Nobel Peace Prize in 2019 for disaster relief work through World Central Kitchen, the non-profit organization he founded in 2010.