A great and long-standing tradition at the Hall of Presidents in Disney World has been to update the attraction every time a new President takes office.

In the past, the time frame has varied for how long it takes to add the new Presidential animatronic. The attraction closed on January 20, 2021 and Disney said a couple weeks ago that it would be reopening in August with the new President Biden animatronic, we just didn’t have an exact date. BUT while we were in Magic Kingdom today, we discovered that the Hall of Presidents is OPEN!

Disney already released a sneak peek of the new President Biden animatronic, but of course, we had to go check it out for ourselves. So, we headed over to Liberty Square to catch one of the first shows. 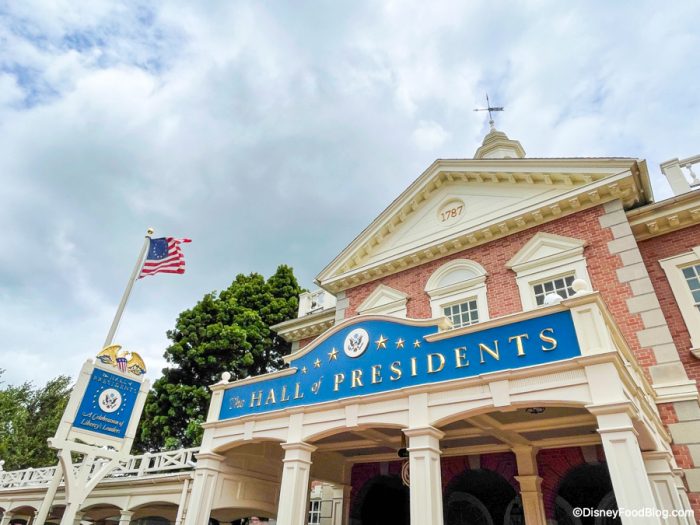 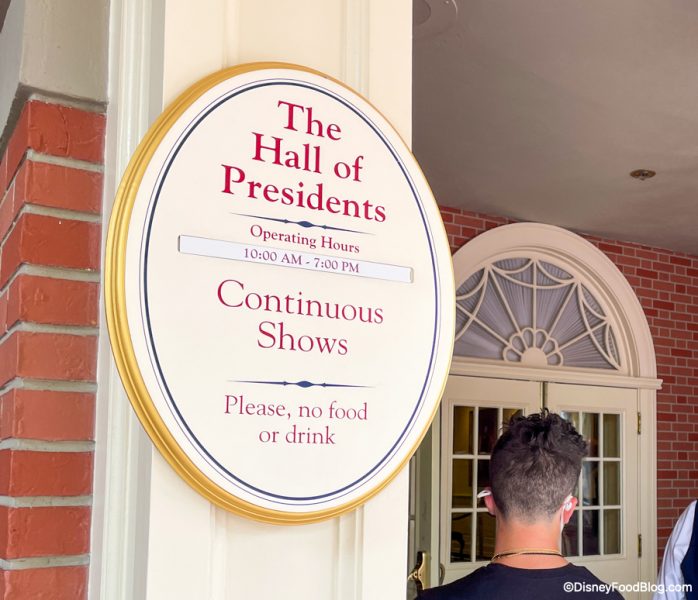 Once inside, we had to wait for the ongoing show to let out, so we took a look around the lobby to see if anything was new! 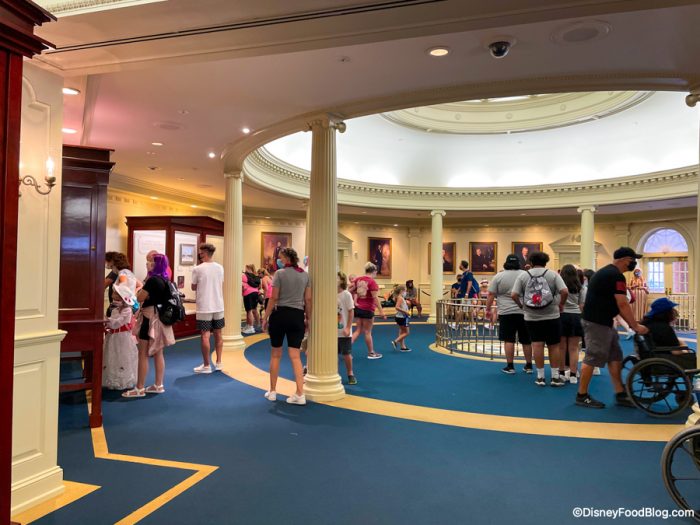 Of course, there’s the official Presidential seal right in the middle. It took multiple acts of Congress to grant Disney the permission to even display the seal! 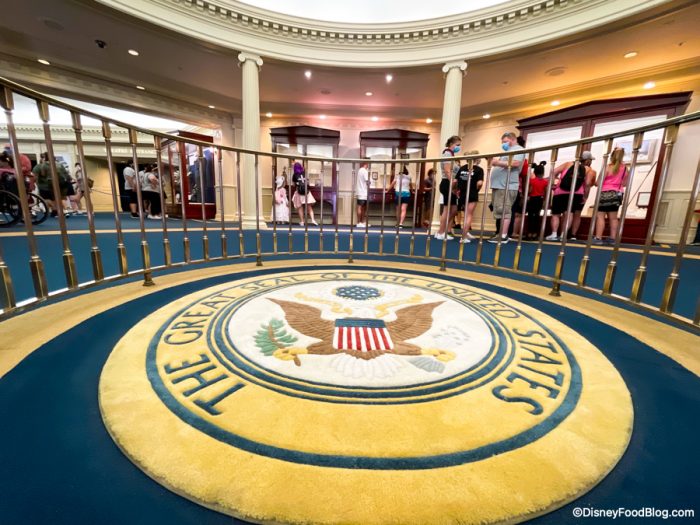 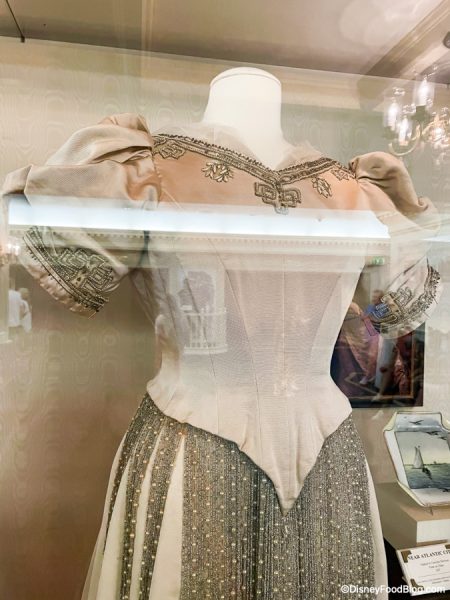 Caroline Harrison was wife to former President Benjamin Harrison, who served as the 23rd President of the United States from 1889 to 1893. 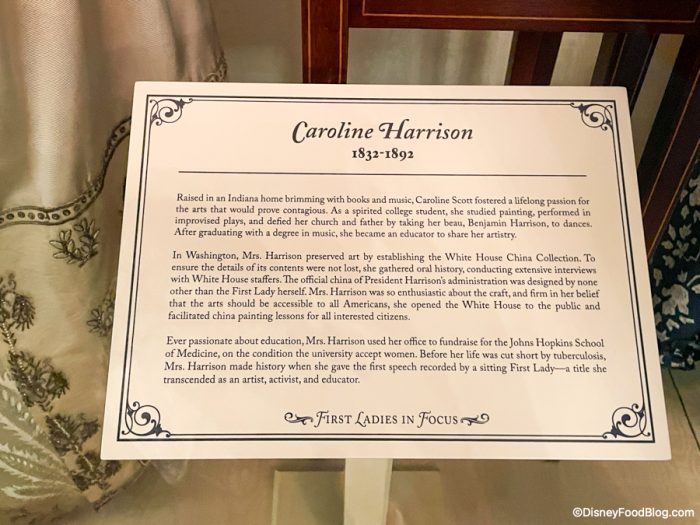 The dress is incredibly detailed and was worn by the former First Lady circa 1890. 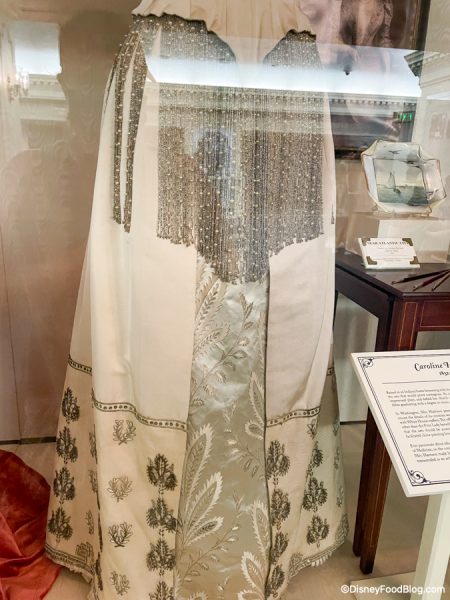 After looking around for a bit, it was time to go inside the theater! 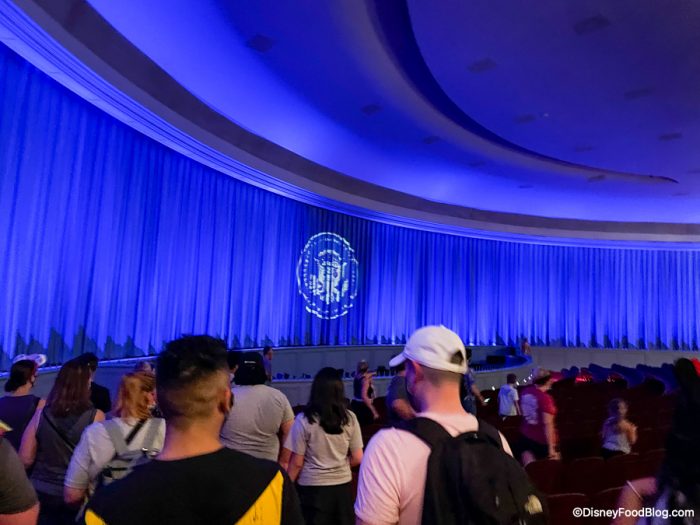 We patiently waited for the show to start. 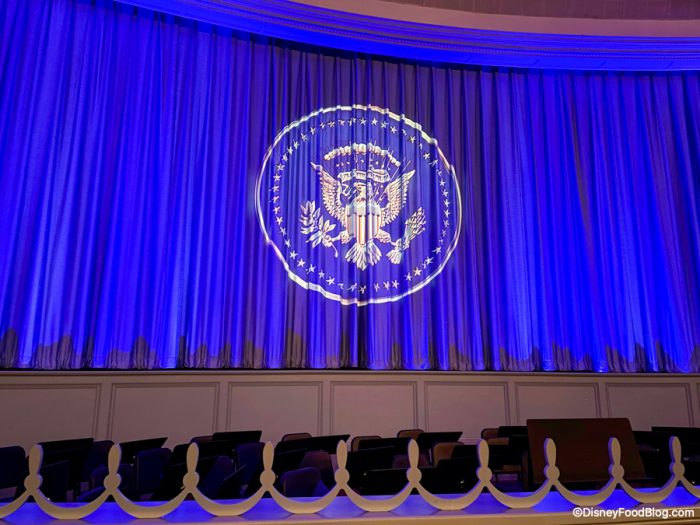 The show opened with the film. 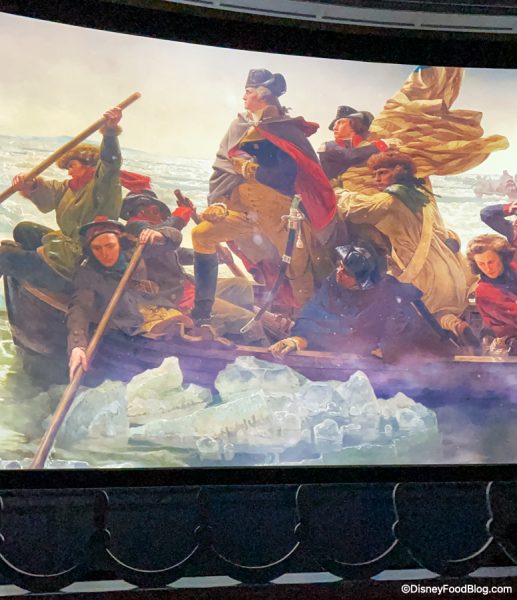 And then we heard from President Lincoln! 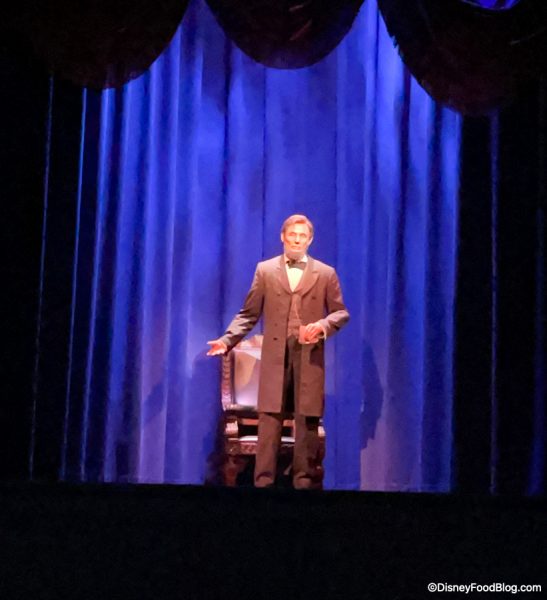 Hear his speech below:

Here’s President Lincoln in the Hall of Presidents! pic.twitter.com/oJhCbEIPhv 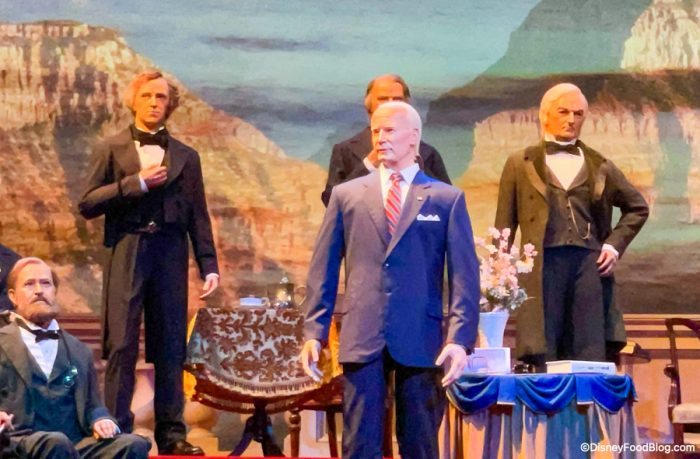 He’s standing at the front, next to a table that holds his signature aviator sunglasses and a bouquet of Peach Blossoms, the state flower of Delaware. 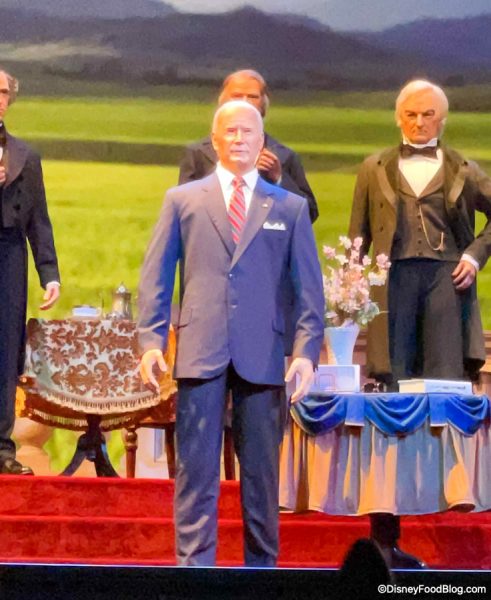 Can you spot the glasses?

Here’s a look at his introduction from President George Washington:

Here’s the new addition of President Biden in The Hall of Presidents. pic.twitter.com/aJHUeh0br3

The Hall of Presidents is complete (for now) with this new addition! 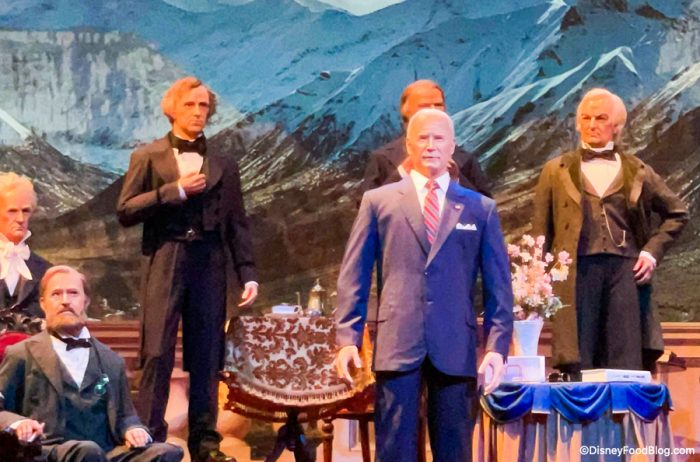 All of the Presidents of the United States are up on stage.

What happens when they run out of room?

Head on over to the Hall of Presidents to take a look at the updates! Stay tuned to DFB for more Disney news.

Ever Wondered if the Hall of Presidents are Wearing Underwear? You Know You Wanna Click Here to Find Out!

What is your favorite animatronic at Disney World? Let us know in the comments below!

« What’s New at Animal Kingdom: Another Restaurant Reopens, a GIANT Construction Barge Disappears, and MORE!
NEWS: Spirit Airlines Has Canceled or Delayed 3,000 Flights As of Today »