One of the noticeable differences throughout Disney World’s four theme parks during the 50th Anniversary Celebration are the Fab 50 Golden Character Statues! These statues representing 50 of the most beloved Disney characters can be found throughout Magic Kingdom, EPCOT, Disney’s Hollywood Studios, and Disney’s Animal Kingdom! 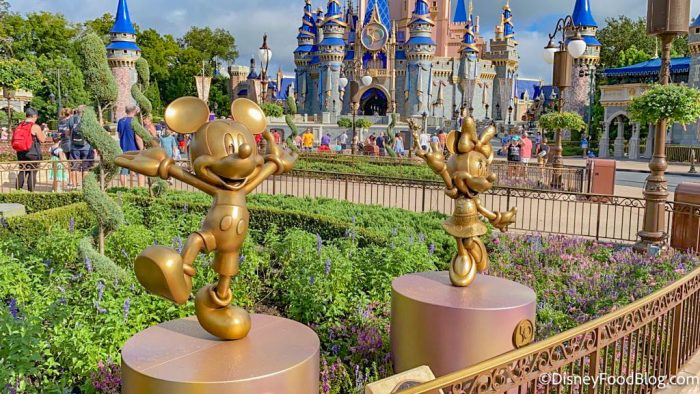 There’s a lot of statues to locate — in fact, there are a total of 30 statues representing 50 characters! It can take up quite a bit of time tracking them all down, which is why we wanted to help you on your next trip!