Earlier this morning, we learned about Disney World’s proposed reopening dates and guidelines that will be in place when the parks reopen.

Disney proposed a soft opening of July 11 for Magic Kingdom and Disney’s Animal Kingdom, and July 15 for Epcot and Hollywood Studios. The plans required the approval of the Orange County Task Force as well as the Orange County Mayor, followed by the Governor.

These proposed plans have approved by Orange County Mayor Jerry Demings. These plans will now go on to Governor Ron DeSantis’ office for his approval. 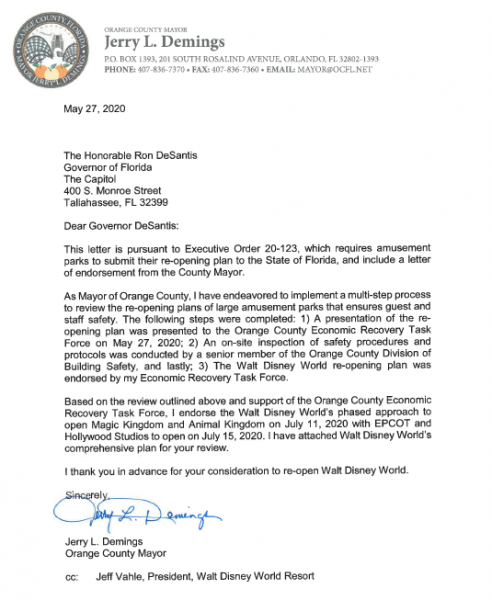 This is a developing story and we will continue to provide updates as we hear them. We may know soon whether Governor Ron DeSantis has approved of Disney World’s reopening proposal.

Will you be at Disney World in July? Let us know in the comments!

« Find Out Where You Can Get a Dole Whip in Disney World RIGHT NOW!
Mickey Pretzels and Popcorn Never Tasted SO GOOD — Snacks are BACK at Disney World! »