As Disney World’s phased reopening continues, we’re gearing up to head into one of our favorite times of year: Halloween! But this year’s resident spooky holiday will be a little different than years past. Mickey’s Not-So-Scary Halloween Party would have kicked off by now, but was canceled for 2020.

While we wait for Main Street, U.S.A. to be decorated with pumpkins, we’re also anticipating the arrival of Disney’s Halloween merchandise in the parks. Some merch has already arrived, however, and much to our surprise, people seem to be loving THIS the most so far out of all the Halloween festivities we’ve seen!

In the last week or so we have watched in complete shock (and perhaps complete awe) as Disney fans once again became completely obsessed with Crocs. Yes, we’re talking about the foam clog phenomenon of the early 2000s. And in recent years, Crocs have given other Disney-branded merchandise a run for their money. 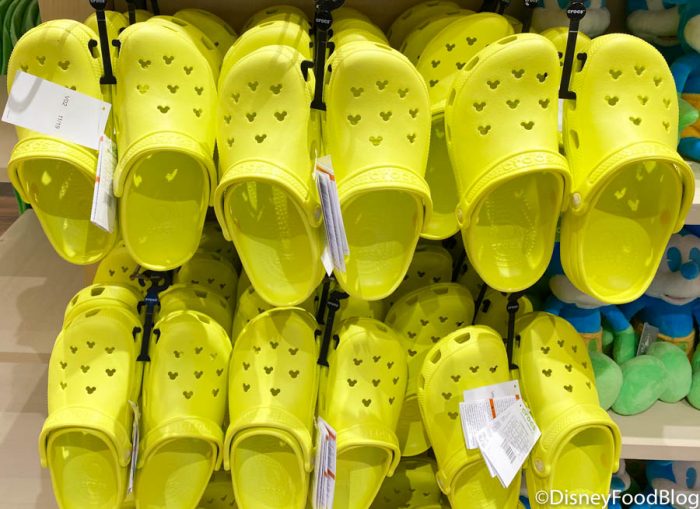 Why the recent surge in popularity at Disney World? We spotted two new pairs of Disney Crocs this month, just as we’re starting to begin the Halloween season. Whether you’re looking to frighten your neighbors by wearing Crocs on Halloween or on any other day of the year, these shoes DEFINITELY warrant a double-take. 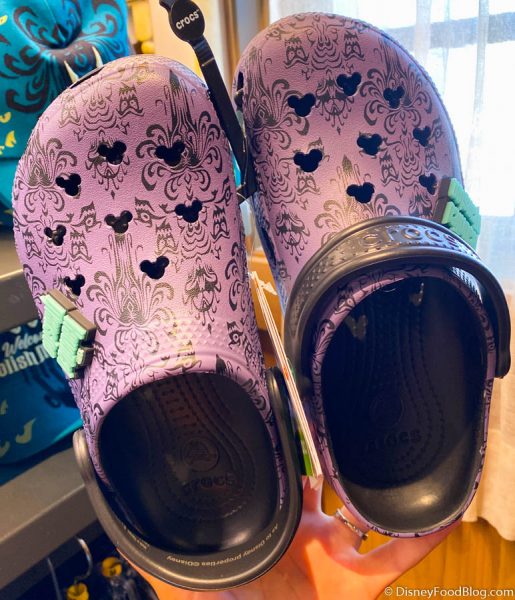 And when we say that Crocs are the most popular thing about Halloween in Disney World this year so far, we MEAN IT! The Haunted Mansion Crocs were FLYING off of the shelf when we spotted them for sale in the parks! 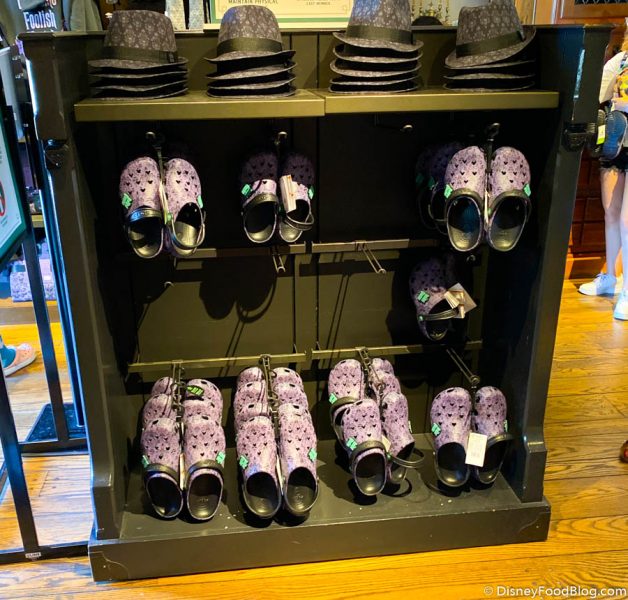 It’s not very often we witness an item sell out in front of our eyes. We’ll be honest, if you told us Disney was coming out with a pair of Haunted Mansion Crocs this year, we would want to get our hands on them, too! 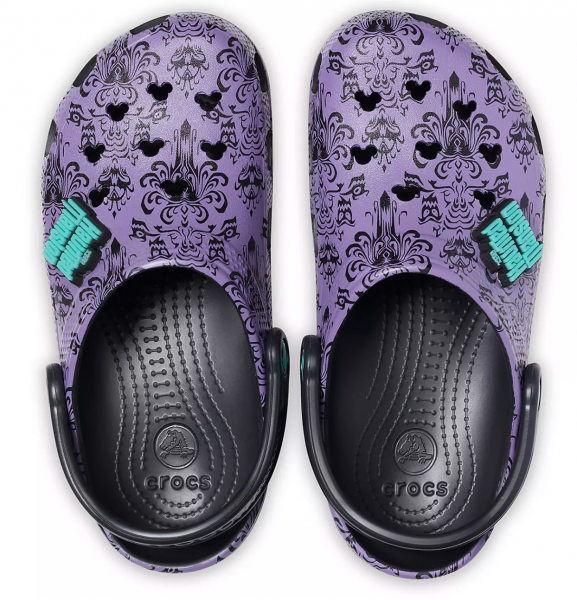 ©shopDisneyCan’t make it down to the parks to grab a pair before they fly off the shelves again? We also spotted the Haunted Mansion Crocs on shopDisney for $54.99.

Click here to shop for a pair of Haunted Mansion Crocs!

But those aren’t the only Crocs that have seemed to take over the spooky season. A more ‘classic’ pair of Halloween Crocs appeared on the scene recently. 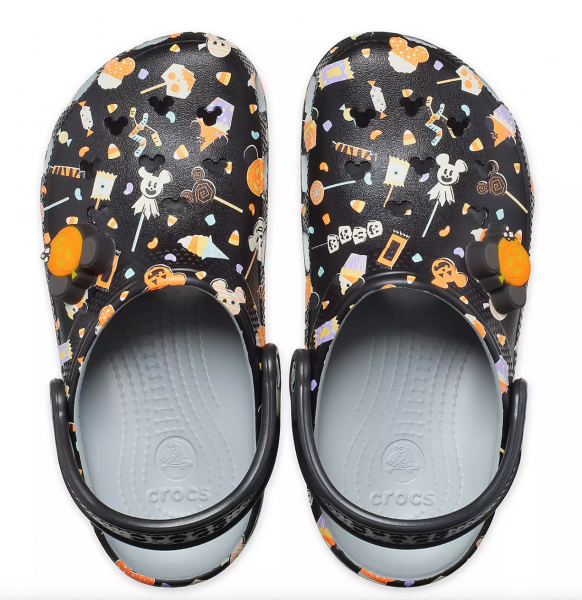 The l’il Mickey Mouse pumpkin detailing on the Crocs glows in the dark, and the shoe itself is covered in tasty Halloween treats! While we have yet to spot these in the parks, they’re available on shopDisney for $54.99. 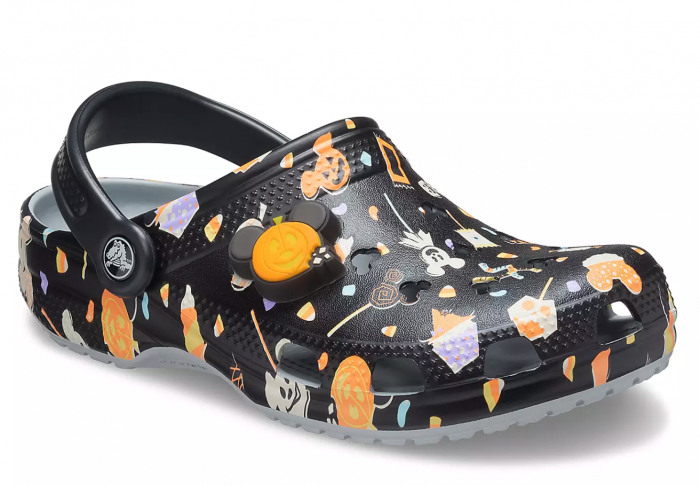 Keep in mind that this isn’t the first time everyone seemed to fall in love with Crocs overnight. Last year (even BEFORE Halloween), there were those fuzzy holiday Crocs that would keep your feet as warm as they were stylish. The response to these seemed to be overwhelmingly positive, so how shocked can we REALLY be that Crocs once again have taken over the holiday scene in Disney World? 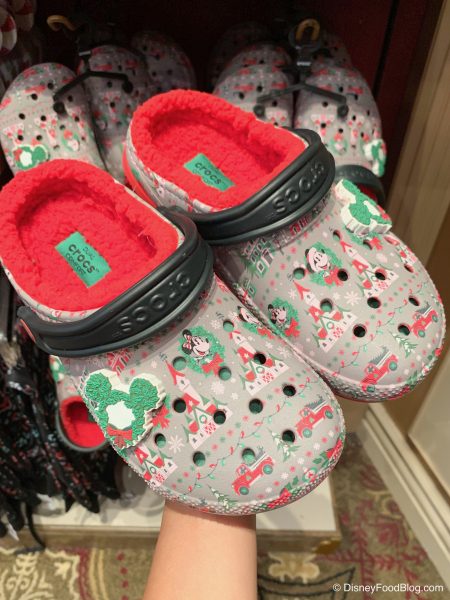 We’re starting to suspect that Disney Crocs aren’t going away, and we can’t complain! We always remind folks that comfortable shoes are one of the most important things to pack on your Disney World vacation, so why not go all-out and stock up on arguably the comfiest footwear around?

Do you own a pair of Disney Crocs? Don’t be ashamed! Let us know in the comments!

« We Spotted New Button-Up Shirts in Disney World Featuring Oswald the Lucky Rabbit, Disney Villains, and MORE!
Be The Afterlife of the Party With The New Haunted Mansion “Bust a Move” Shirt in Disney World! »