We spotted something kinda strange today in Magic Kingdom! 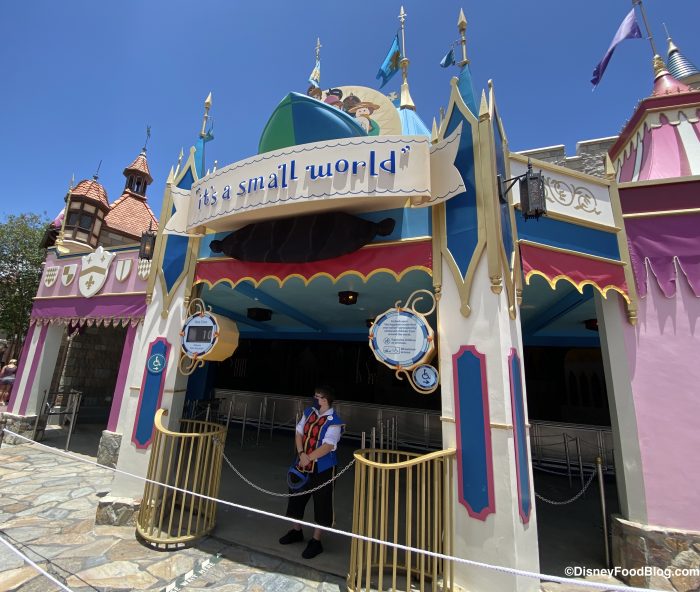 We were taking a spin on “it’s a small world” — as one does whenever they need hundreds of children singing to them as a pick-me-up — when we spotted a surprising sight! And no, it’s not the new construction changing things up; “it’s a small world” seems to have a new visitor!

As we cruised into the South America room, we noticed someone we’d never seen on the ride before hanging out alongside the penguins. A tiny figure sits up on her hind legs as she watches the penguins twirl. Who could that be? Wait! We know that face… 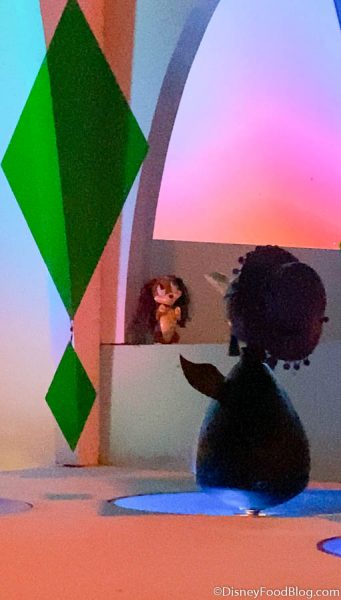 Fifi on “it’s a small world”

…it’s Minnie Mouse’s dog, Fifi the Peke! Fifi!? Did you get lost? Someone tell Minnie to stop putting up flyers, we’ve tracked down her pup! We looked in to see if maybe we just hadn’t seen Fifi here before, but it appears that she’s very new! 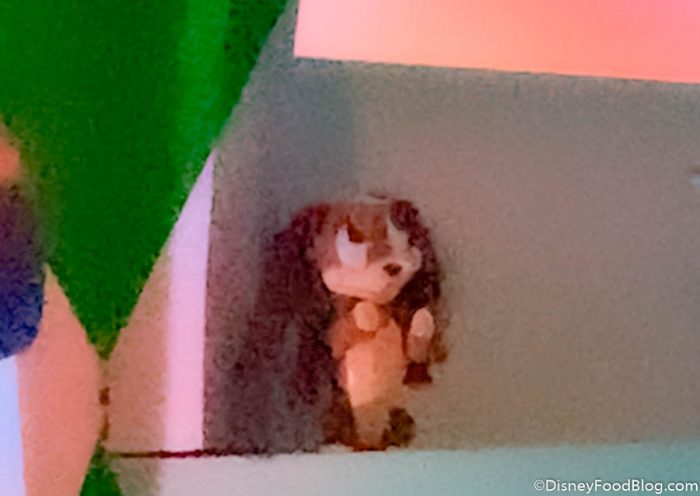 Fifi on “it’s a small world”

So strange! As you may know, Disneyland’s “it’s a small world” had Disney characters added to it, so it’s possible this is in the cards for the Disney World attraction. Still, this hasn’t been announced by Disney in any capacity and Fifi could just be a fun easter egg. Still, she seems very out of place and random here! We do like seeing her little pup face though!

We’ll be keeping a close eye out to see if Fifi sticks around the ride or if she ends up wandering back home to Minnie’s house. Maybe some more familiar faces will pop up in the attraction too.🤷

UPDATE! It really IS a “small world after all!” A reader reached out to let us know her daughter recently dropped her Fifi toy while on the ride! She filed a report to try and get it back. After closer inspection it appears to be THIS Fifi: 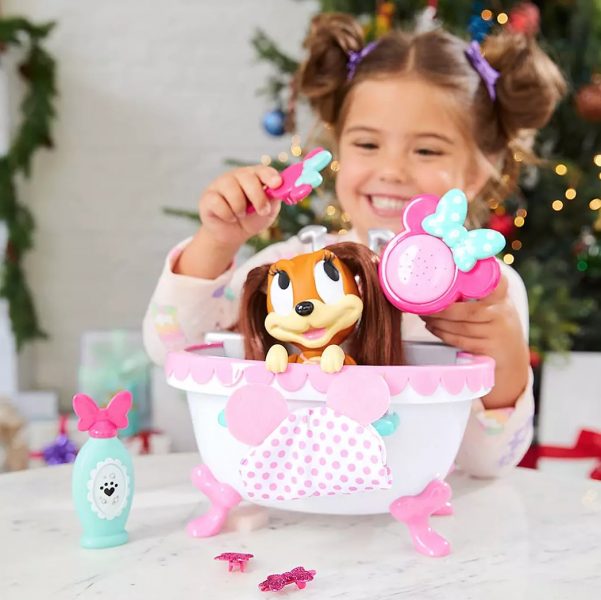 We found this same cute Fifi bath set online, if you want one of your own!! If we were to venture a guess, a Cast Member likely scooped up the “lost at sea” Fifi and left her there on accident! Will Fifi get home to her owner or is she a new feature of the ride? We’ll see if we can help reunite this pup and her little girl! Stay tuned for allllll the updates!

Want a peek at some CUTE “it’s a small world” merchandise? Click here!

How do you think Fifi ended up on “it’s a small world?” Tell us in the comments!

« Get Spooky With These DIY Disney Halloween Paper Crafts!
Should Disneyland Be Able to Reopen in ‘Moderate’ Tier? Local Health Authorities Say Yes. »