There’s nothing like bringing home a new Disney souvenir and either wearing it all around the house or displaying it in a cool way! 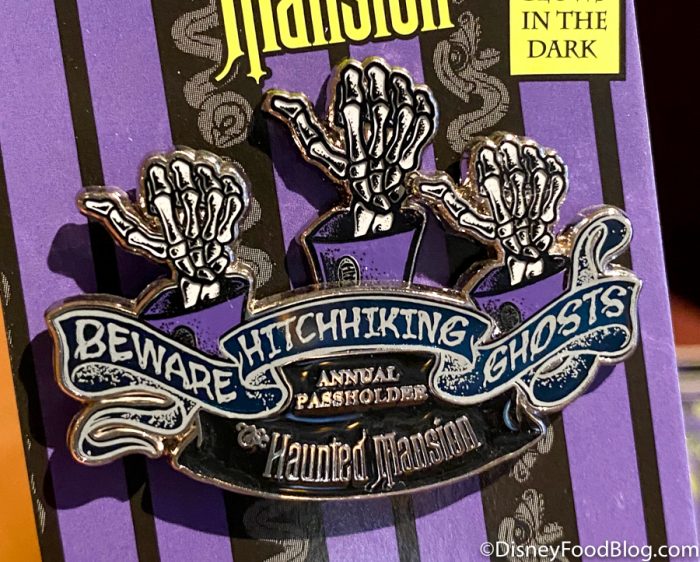 Whether you collect Disney pins, Funko Pop! figures, or other merch, there’s lots to choose from. And, if you’re looking for some comfy pajama pants, boxers, or lounge shorts — now, you can get those too with a Disney twist!

From Kevin boxer briefs (the bird from Up) to Marvel pajama pants, we found TONS of new comfy clothing in Disney World recently! 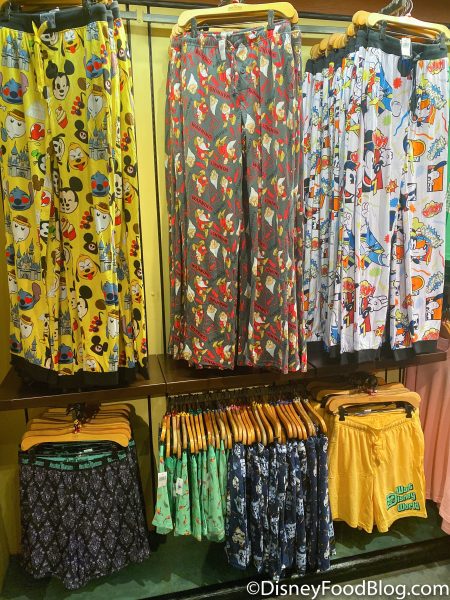 Let’s take a look at all of the awesome items we found!

First, for the Star Wars fans, we found a new pair of Stormtrooper Lounge Shorts featuring Storm Troopers, the Death Star, and the Star Wars logo in some fun lettering. 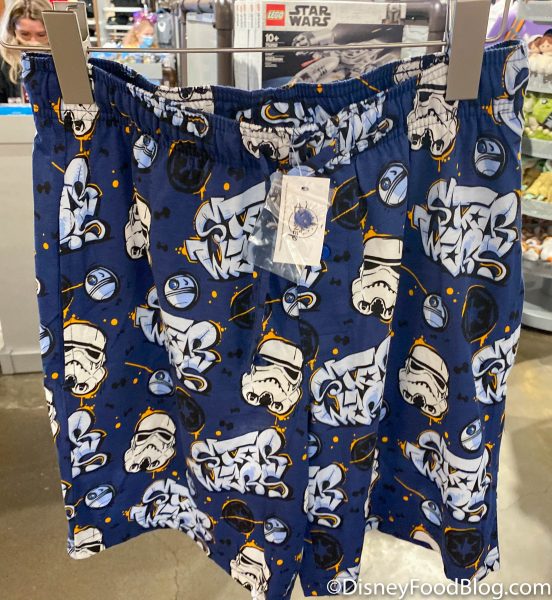 You can grab these for $24.99 right now in Disney World. We found them at Tatooine Traders in Disney’s Hollywood Studios, Discovery Trading Company in Disney’s Animal Kingdom, and the Emporium in Magic Kingdom.

We found these at Disney’s Animal Kingdom at Discovery Trading Company for $24.99.

Moving on to the boxers category, we found the one item we were missing to complete our total spooky look — Haunted Mansion Boxers! It’s finally happened! You can now wear Haunted Mansion merchandise from head to toe (and everything in between). 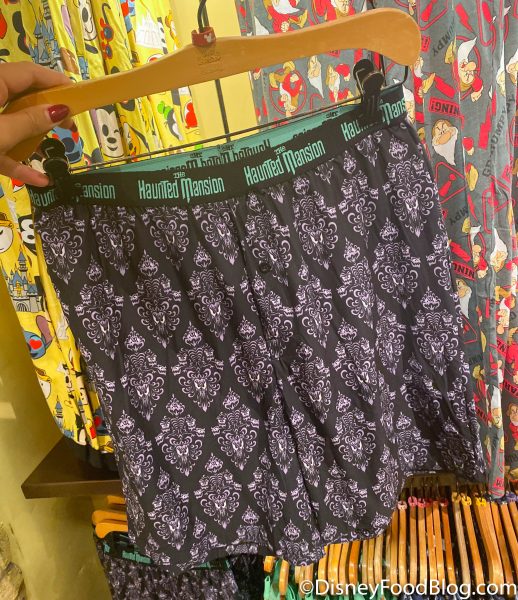 These feature that classic Haunted Mansion wallpaper on them and the a great black and green design around the waistband. 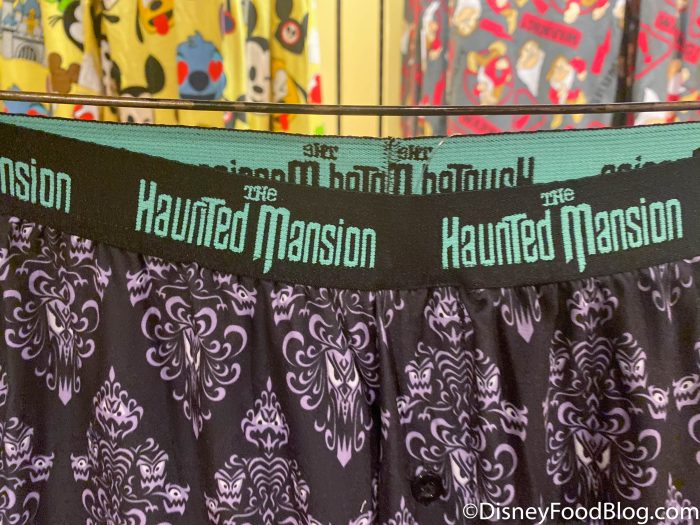 We found these at Discovery Island Trading Company in Disney’s Animal Kingdom, as well as Memento Mori and the Emporium in Magic Kingdom. You can grab one of these for $24.99.

If you’re ready to save the world in your underpants, then you’ll definitely need these Incredibles Boxers. They feature the Incredibles logo on them against a bright red background. We’re certain Edna Mode would approve of this style choice. 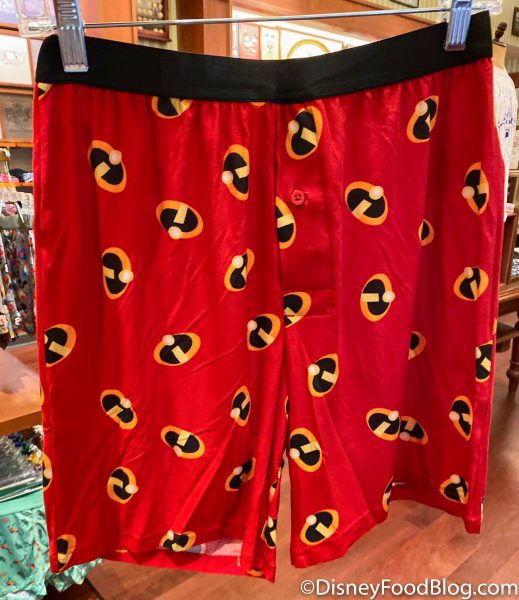 We found these at the Emporium in Magic Kingdom for $24.99.

Prefer to wear boxer briefs? No worries, Disney’s got you covered! Fans of Pixar’s Up will LOVE these fun Kevin Boxer Briefs! 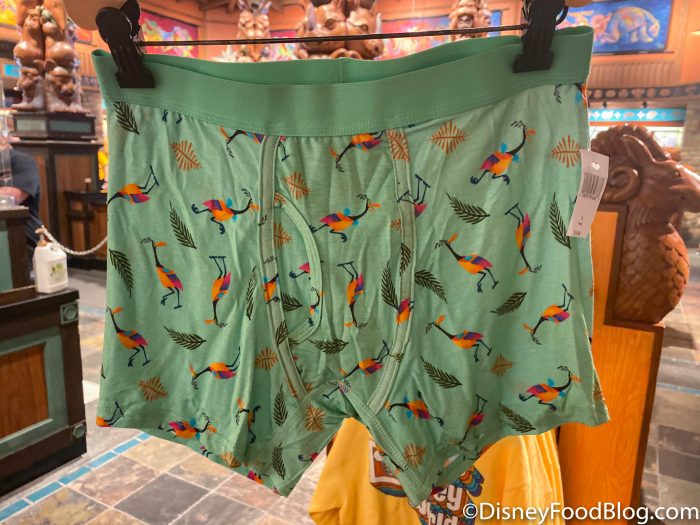 You can get a pair of these for $19.99 in Disney World. We found them at Discovery Trading Company in Animal Kingdom and the Emporium at Magic Kingdom.

We also spotted some black and white Walt Disney World Logo Boxer Briefs at the Emporium in Magic Kingdom.

We also found some great Disney Emoji Boxer Briefs, which you can then coordinate with the Emoji pajama pants (more on that in a second)! 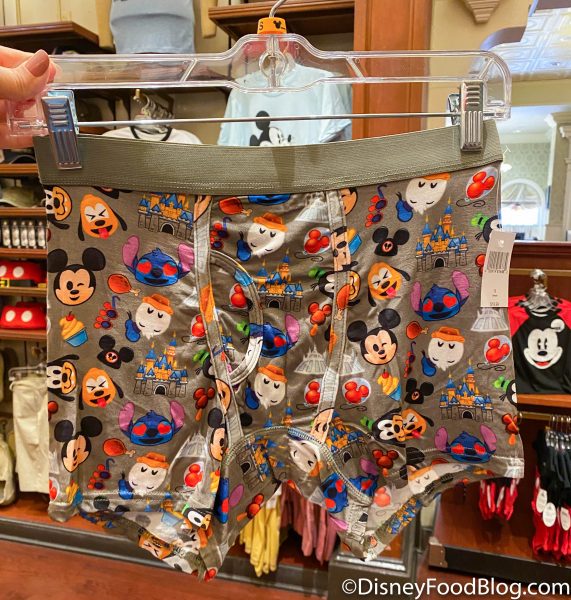 You can get these for $19.99 at the Emporium in Magic Kingdom.

How great would it be to sit at home and play all of your classic Disney video games while wearing these awesome Wreck It Ralph Boxer Briefs? SO awesome! 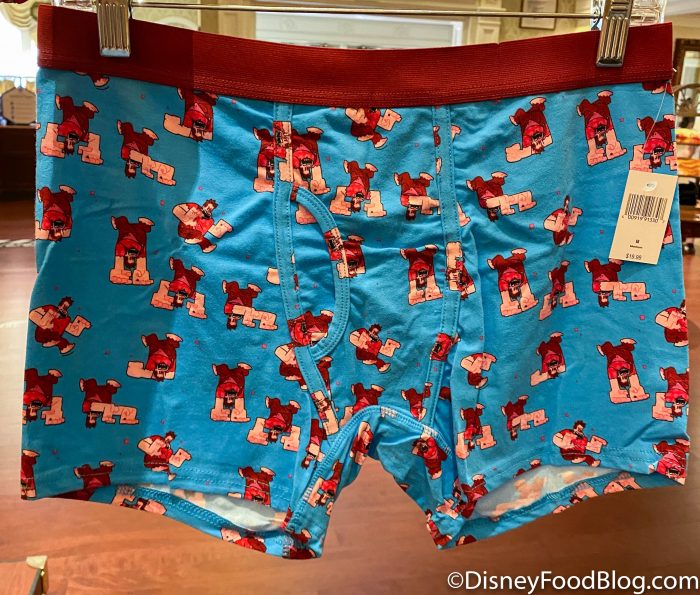 You can find these in Magic Kingdom at the Emporium and get a pair for yourself for $19.99.

Finally, we hit the pajama pants category! If you’re working on a completely matching Emoji clothing set, then you’ll need to grab these Emoji Pajama Pants for $44.99.

These pants feature Mickey, Pluto, Donald, Cinderella Castle, and so many more characters and park icons! 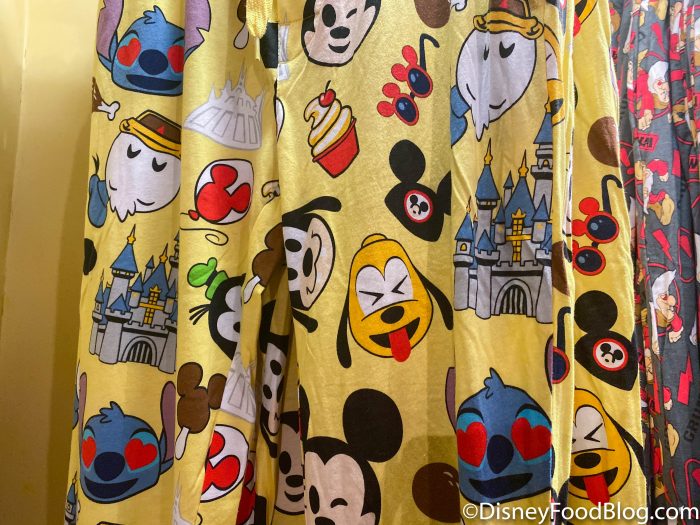 We found them in Disney’s Animal Kingdom at Discovery Trading Company and at the Emporium in Magic Kingdom.

For those who need a bit more time to get ready in the mornings, these Grumpy Pajama Pants may be the perfect gift!

They feature Grumpy on them and LOTS of warnings on them so the whole family can be made aware of the potential dangers of speaking to you before you’ve had your coffee. 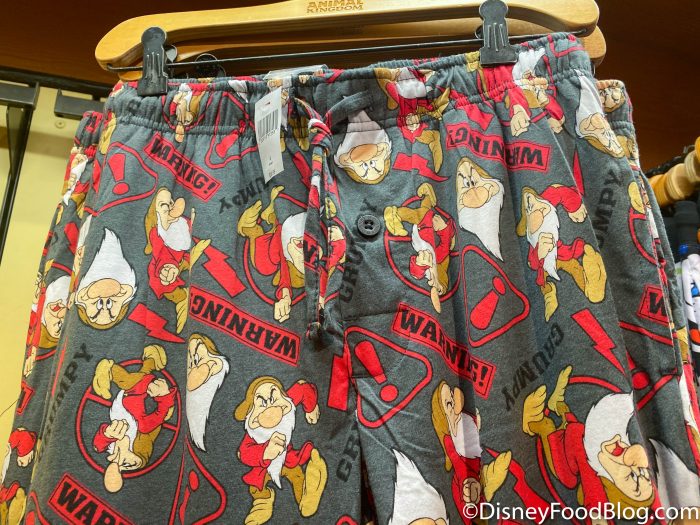 You can grab these at Discovery Trading Company in Animal Kingdom and the Emporium in Magic Kingdom for $36.99.

Mickey, Donald, and Goofy get in on the fun with these cool Cartoon-Style Pajama Pants. 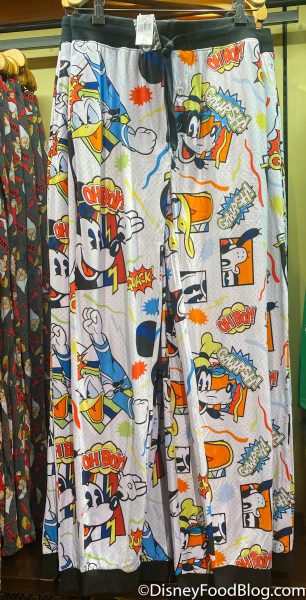 We love all of the catch phrases and pops of color on these. 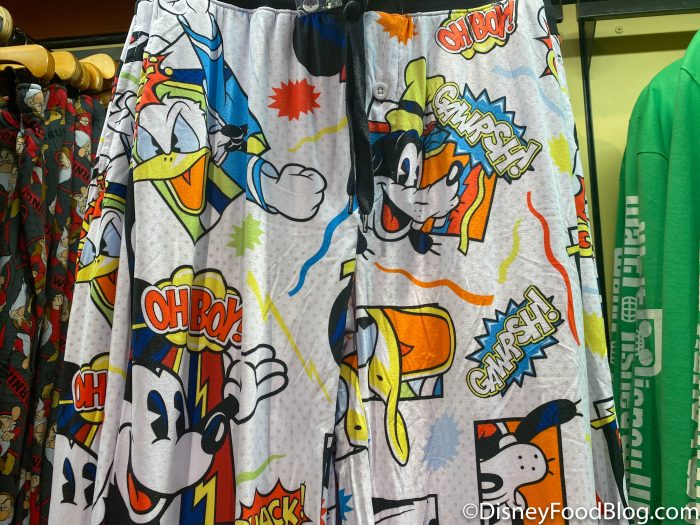 We found them at Discovery Trading Company in Animal Kingdom and the Emporium in Magic Kingdom for $44.99.

Finally, for the Marvel fans, we found some Marvel Pajama Pants with ALL kinds of superhero symbols. How many can you spot? 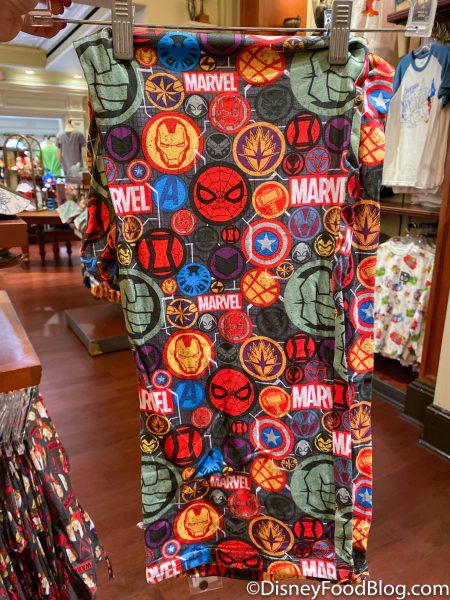 We found these at the Emporium in Magic Kingdom for $36.99!

Basically, there are enough new pants, lounge shorts, and boxers (a.k.a. acceptable Zoom pants for 2020) to get you through the rest of the year in comfort and style. We’ll keep our eyes out for more cool new Disney merchandise and let you know if we spot anything!

Click here to check out how to grab a discount on select jewelry in Disney World!

Which of these new items is your favorite? Let us know in the comments!