Here’s a face mask pro-tip for your next visit to the Disney Parks — if you have long hair, wear it up! 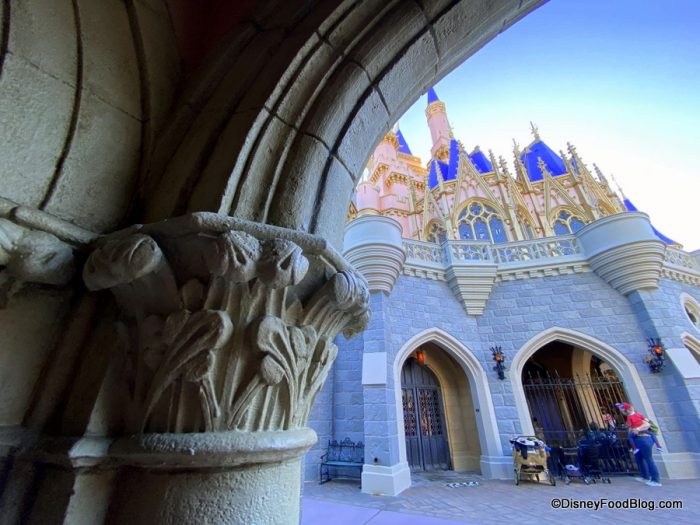 We’ve noticed that throwing our hair up in a ponytail has helped us reduce the number of tangles we come home with and it’s helped us stay cool on particularly warm days park hopping! And, instead of packing any ol’ hair tie with you for the day, add some subtle Disney style to your look with these Disney scrunchies released online by BoxLunch!

Whether you’re like Rapunzel and gearing up for an adventure outside your tower or going on an adventure under the sea like Ariel, this Disney Princess Chiffon Scrunchy Set has you covered. The blue scrunchy features silhouettes of Disney princesses and the white scrunchy has all of their friends! Look close and you’ll see classic Disney sidekicks like Pascal and Mrs. Potts. 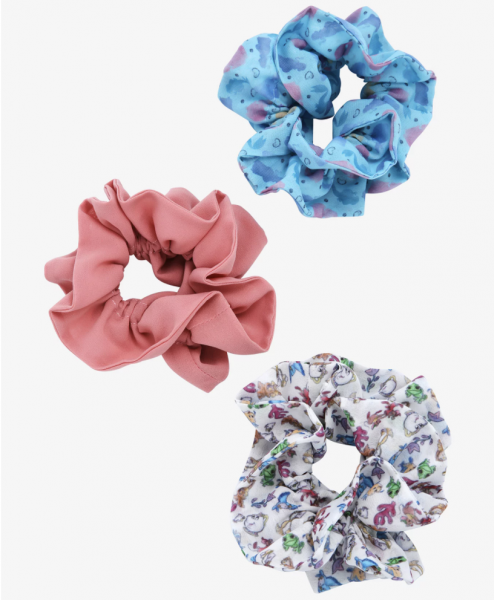 This three-pack of scrunchies is currently on sale for $9.67!

Speaking of getting out of your tower, the Tangled Floral Scrunchy Set features colors and characters from the animated film. The pink scrunchy looks like it’s been painted by Rapunzel herself and the yellow one has the Kingdom of Corona’s Crest all over like the floating lanterns! 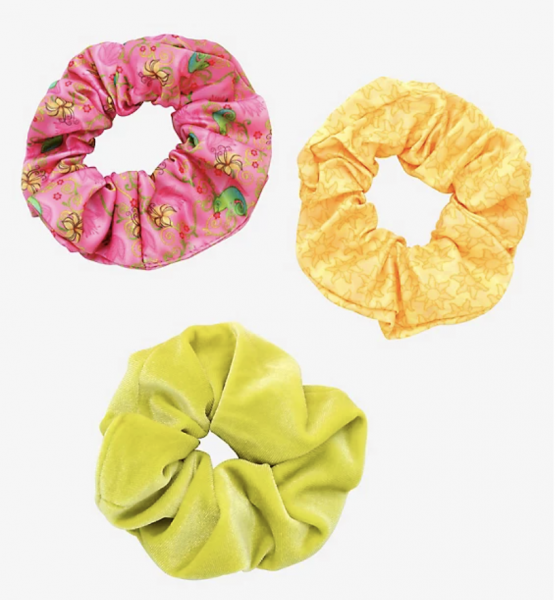 If you’re like Rapunzel and have a lot of hair to tame, these will help for $8.17.

The Disney Princess Cinderella Measuring Tape Scrunchy Pack comes with three hair ties to finish off any look in the making! The yellow scrunchy is literally a measuring tape (though it probably won’t take very accurate measurements)! And, the pink scrunchy is made of fabric you might see on one of Cinderella’s dresses. The third scrunchy in the pack has flowers and the carriage design from the film. 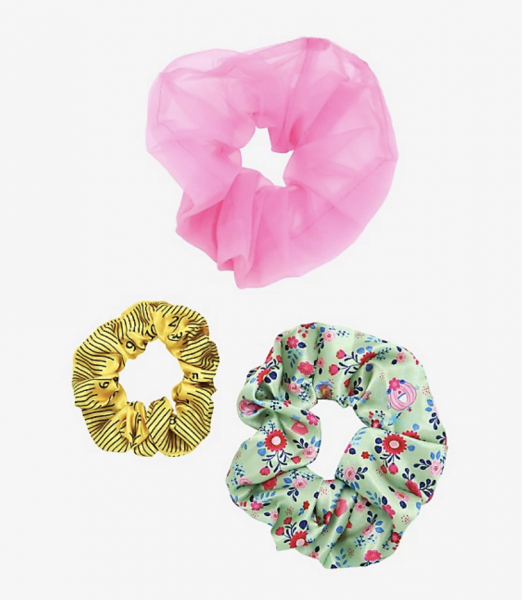 The aliens from Toy Story get in on the dress-up action in the next scrunchy pack! The Disney Pixar Alien Remix Scrunchy Set features the little aliens themselves dressed up in costumes from other Pixar films. You’ll spot some dressed up as WALL-E, Miguel from Coco, and MORE on these cute accessories. 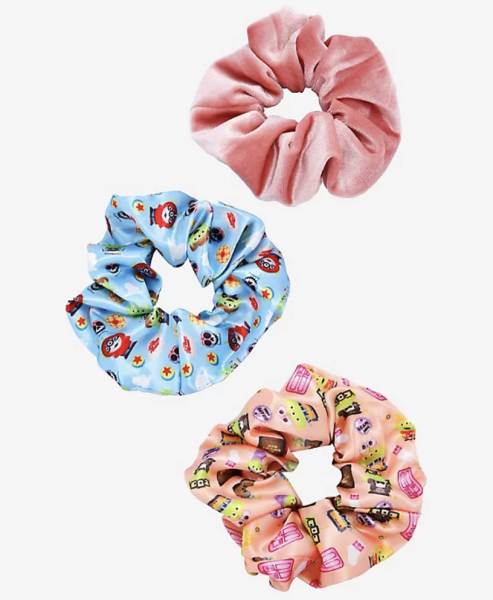 Celebrate Pixar’s 25th anniversary in style with these hair ties for $8.17.

In Disney and Pixar’s newest film, Soul, Joe Gardner teaches 22 a thing or two about living on Earth. The Soul Icons Scrunchy Set features all the luxuries that 22 was missing out on, and 22 herself!

Filled with lots of color (and personality) these scrunchies are available online for $8.17.

These hair ties are a cute treat (and certainly not a trick!). This Nightmare Before Christmas Scrunchy Set has all the darker tones to match your daytime style. The two neutral-colored hair ties have a velvety material and the third satin scrunchy features a printed design with Jack Skellington and other characters from the movie! 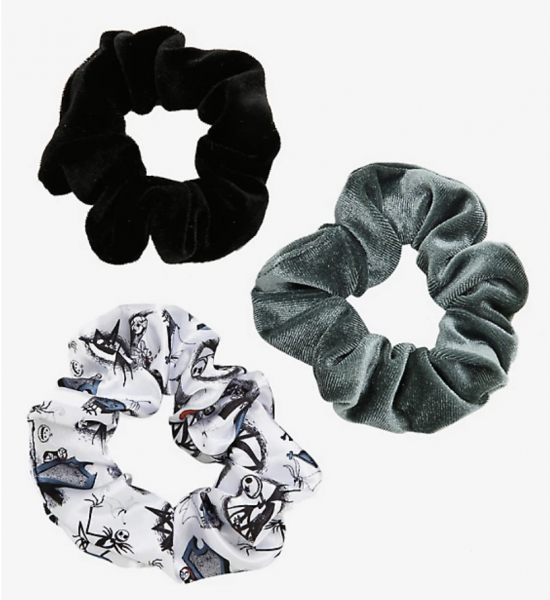 Trick or treat yourself to this scrunchy set for $8.17.

Check out The Nightmare Before Christmas Scrunchy Set online here!

Join the Rebel Alliance with the Star Wars Scrunchy Set! Whether you’re trying to rock Princess Leia’s buns or running around with a droid, the Star Wars-inspired collection has tons of details from the galaxy. The blueprint design features the Millennium Falcon, which is sure to jump into light speed, as featured on the black scrunchy! 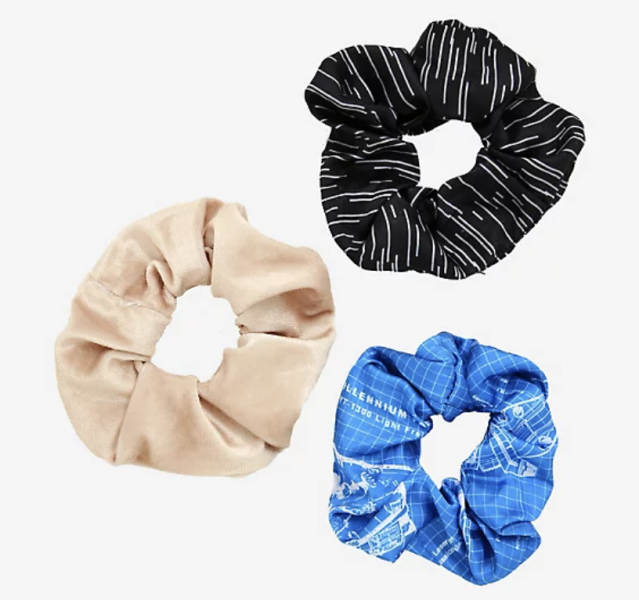 Tie your hair back for your travels to a galaxy far, far away with this set for $8.17.

And, if your journey takes you to the Hundred Acre Wood you’ll be ready for adventure with the Winnie the Pooh Scrunchy Pack. With hair ties for Eeyore, Pooh Bear, and Piglet, you’re sure to bring a pal along with you for the day. 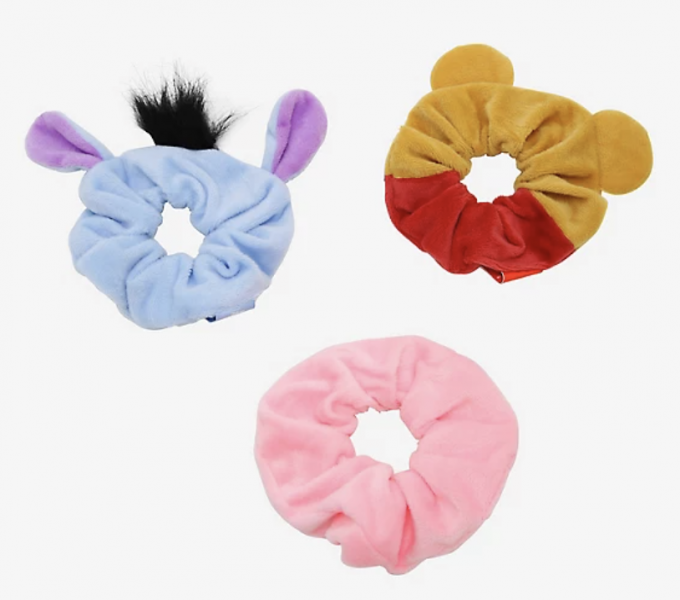 Whether your plans for the day involve galactic travels, a walk through the Hundred Acre Wood, or hanging out with all your Disney Princess friends, one of these scrunchy packs is sure to fit the mood! As always, stay tuned to DFB for more Disney merchandise updates!

Which scrunchy pack is your favorite? Let us know in the comments!