We have good news if you’re heading to Disney this month! 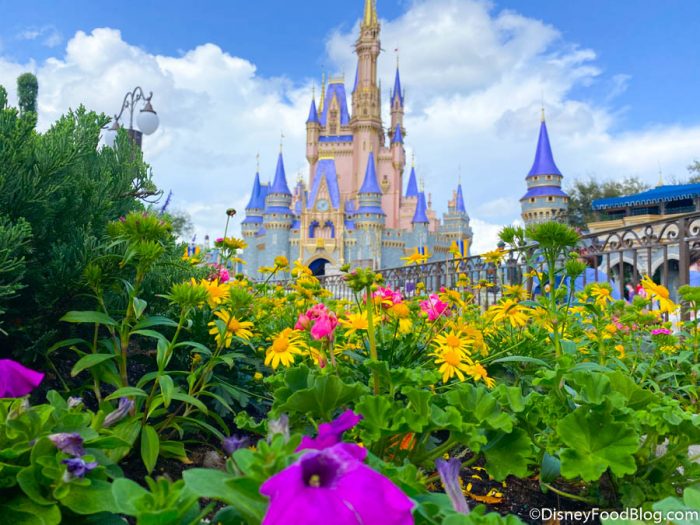 Disney Park Passes have been restocked! In addition to a valid theme park ticket, guests must have one of these reservations for their first park of the day. Park Pass availability for February was slowly disappearing, but now, we’ve got some more openings!

Previously, Annual Passholders had no availability on February 20th, and limited availability for the rest of this week. 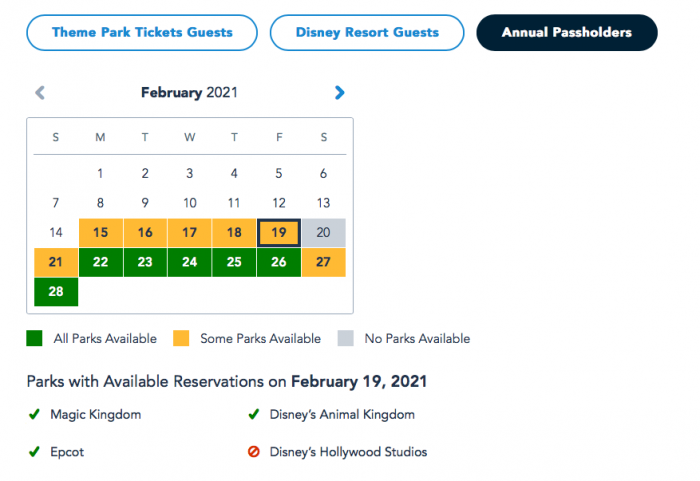 Now, that Park Passes have been restocked, Passholders have access to all 4 parks on any day except February 20th — when they will be unable to get into Disney’s Animal Kingdom or Disney’s Hollywood Studios. 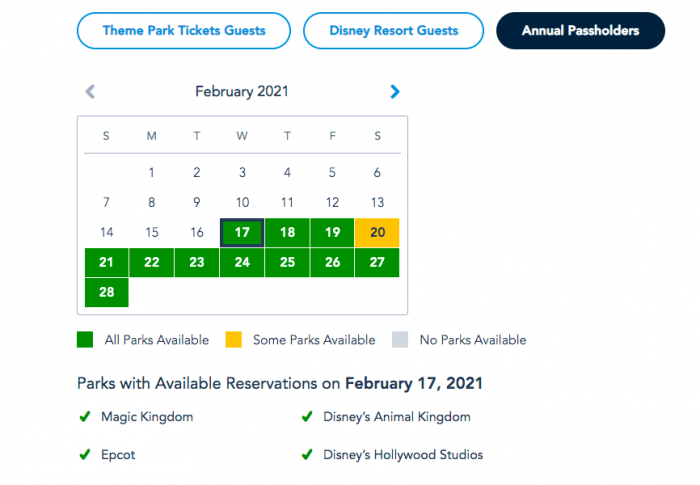 Resort Guests have a little less luck. Though Park Passes were previously gone this entire week, we’ve seen some replenished through Sunday. However, guests will be unable to visit Magic Kingdom on either the 19th or 20th. 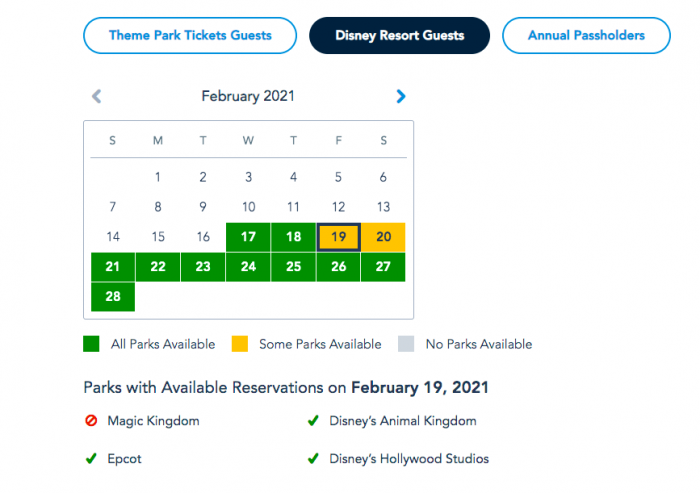 As usual, we’re seeing a similar pattern for Theme Park Ticket Holders. Though availability was previously limited this week, passes have opened back up — particularly for Disney’s Hollywood Studios. Magic Kingdom remains unavailable on February 19th and 20th. 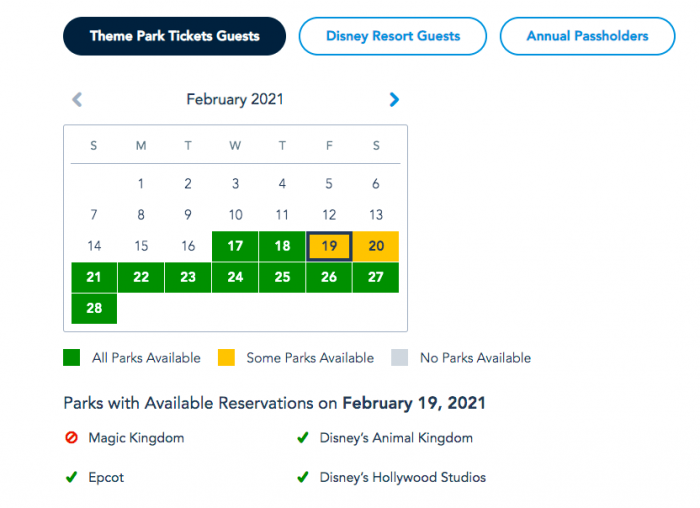 In order words, all three types of guests have full access to the parks for February — except for some limited availability this weekend. We’ll keep you posted as the calendar continues to shift. Stay tuned to DFB for more Disney news and updates!

Check Out This Week’s Park Hours!

Are you visiting Disney in February? Let us know in the comments!

« Find Out How to Save Up to $750 on Your Adventures By Disney Cruise
Disney’s EXCLUSIVE New MagicBands Are a Celebration Button for Your Wrist! »