Sometimes when we’re wandering around Disney World, we spot some fun things going on. 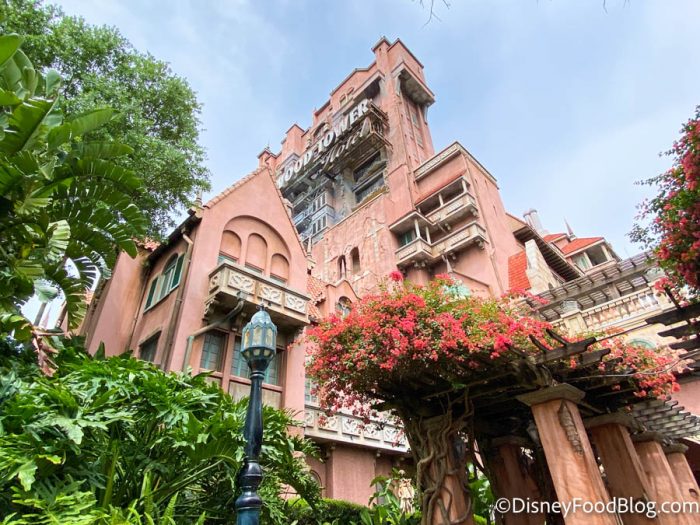 And we’re not really talking about seeing Donald Duck watering plants, or Mickey in a cavalcade, or even a princess peeking out to say hello. A LOT of stuff gets filmed at Disney World for everything from TV shows to commercials, and if we’re lucky enough, we get a peek behind the scenes of that filming. 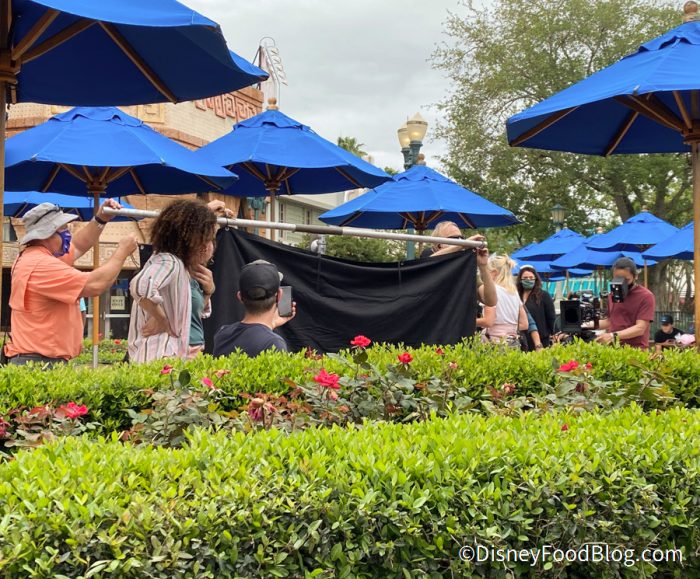 Setting up, but for what?

But then FOOD came out, and well, we’re all about food, so our curiosity was even more piqued. 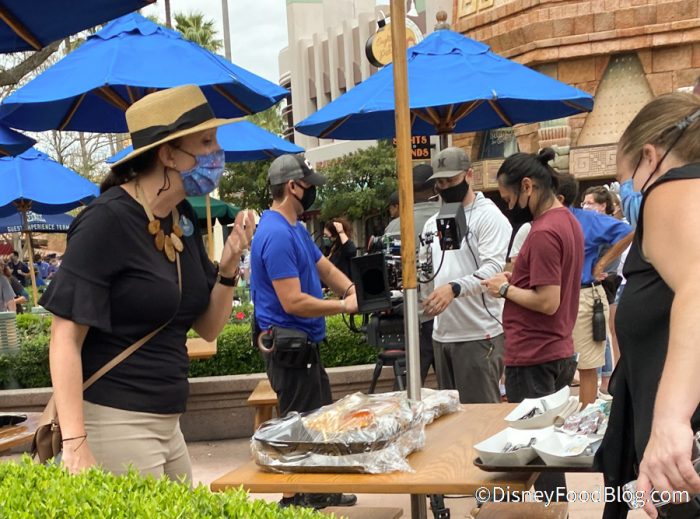 At first, we thought the food was for catering, but it seems like the food is actually part of whatever they’re filming. (And yes, it was hard not to just yell, “Hey, are you going to eat that?”). 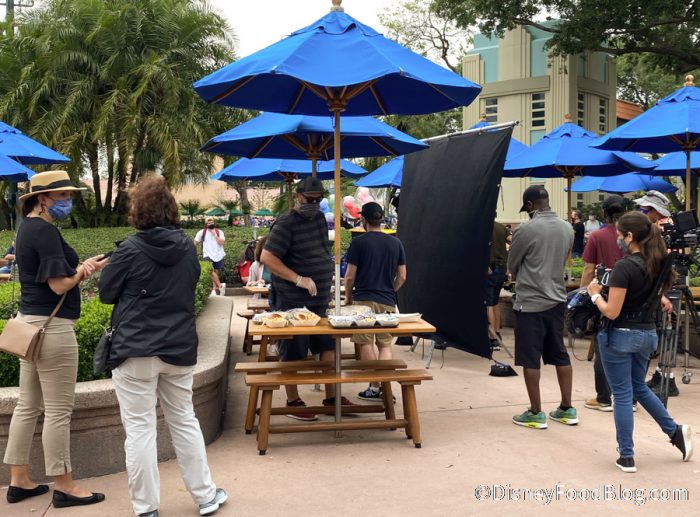 Earlier, we saw people signing forms, so we assumed that guests were being asked to participate in the filming, maybe as background actors. 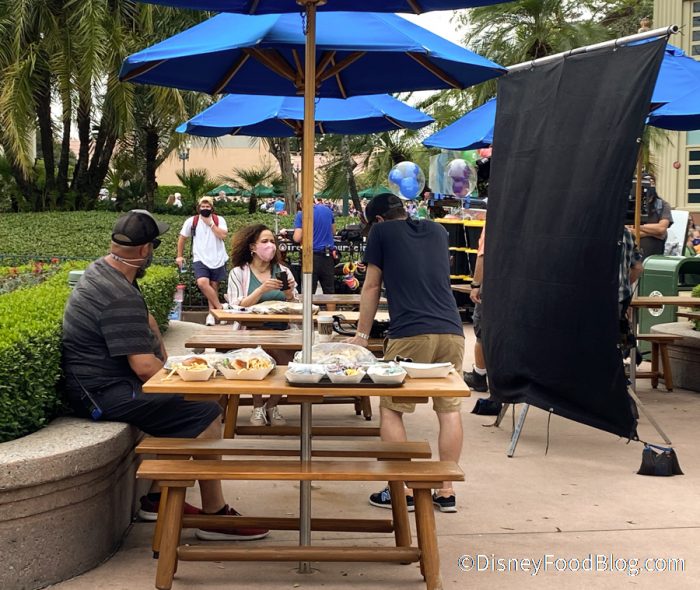 But then we heard a Cast Member say, “It’s the last shot of the day, we’re almost done” to the kids on set. So these may be professional actors, at least seated at the table. 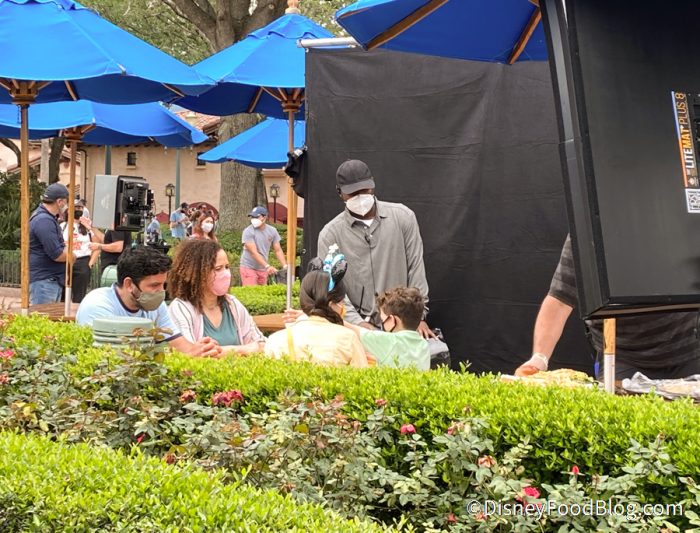 So it looks like they were filming some actors as a “family” having a meal at Disney World? We’re not entirely sure, but if we find out, we’ll let you know! Needless to say, we’re intrigued! What do you think they are filming? We wanna hear your thoughts!

What do you think they’re filming at Disney’s Hollywood Studios? Let us know in the comments!