It’s a new day which means there’s more snacking to do in Disney World! 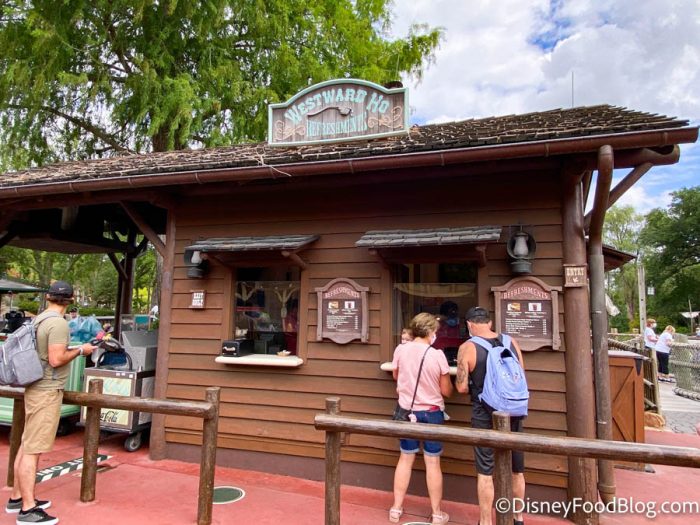 Earlier today we reunited with one of our favorite snacks in Magic Kingdom, the Pepper Jack Pretzel (!!), and, if that wasn’t enough excitement for the day, we also got to stop by a reopened snack kiosk for more goodies — Westward Ho! Now, this snack kiosk has been open on and off since last year serving up another one of our favorites — corn dog nuggets — but not anymore! Today the location is open with a NEW menu!

Now you can stop by the Westward Ho to pick up a Candied Bacon Skewer with Chips OR Jalapeno Poppers! And, you know that we can’t resist trying some new snacks when they arrive on the menu, so we gave both a taste! 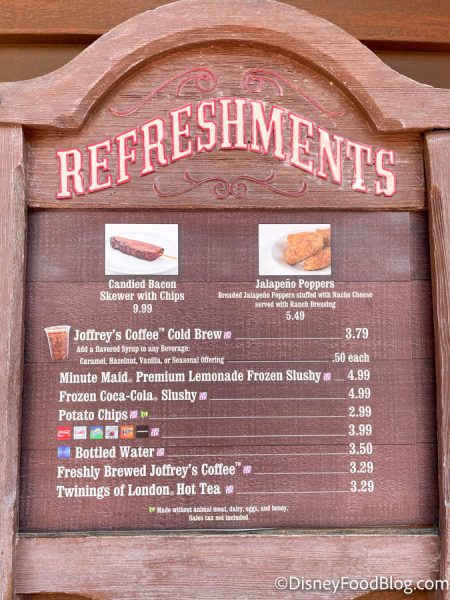 First up was the Candied Bacon Skewer with Chips for $9.99! This snack hasn’t been available here since 2018, so we were pretty excited to give it a try after so many years.

Now, the skewer didn’t look exactly like it did on the menu, but we weren’t complaining because it was a HUGE piece of bacon. And, once we got the bacon positioned on the skewer so that we weren’t poking ourselves in the mouth (which did require us to get our hands a little dirty) we bit right in to give it a try! 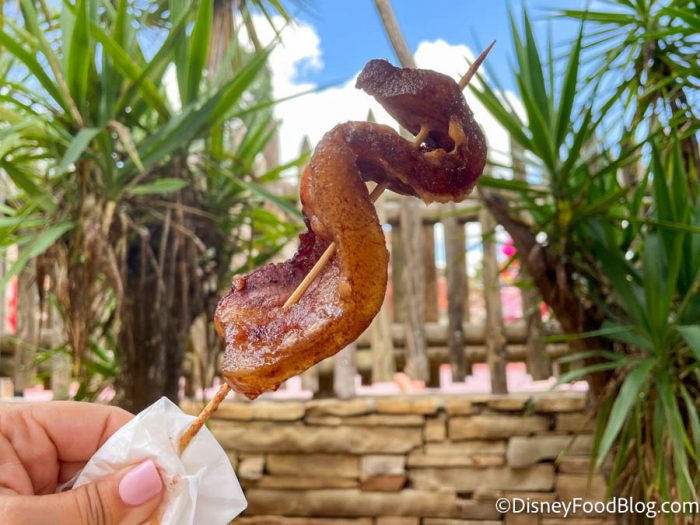 The only thing is…there was a whole lot of fat and not a lot of bacon on the piece we got. That being said, the pieces that were the bacon were GREAT and the candied flavor added a subtle touch of sweetness that wasn’t overpowering.

And, what made this snack even better was that it actually paired with the chips on the side! Instead of opting to eat the chips straight out of the bag, we emptied it out on the paper we were given and, thanks to the stickiness from the candied bacon, our chips stuck to the meat and made for a delicious salty and sweet bite. The only thing that could have made this better was crumbling up the potato chips and coating the bacon in it! 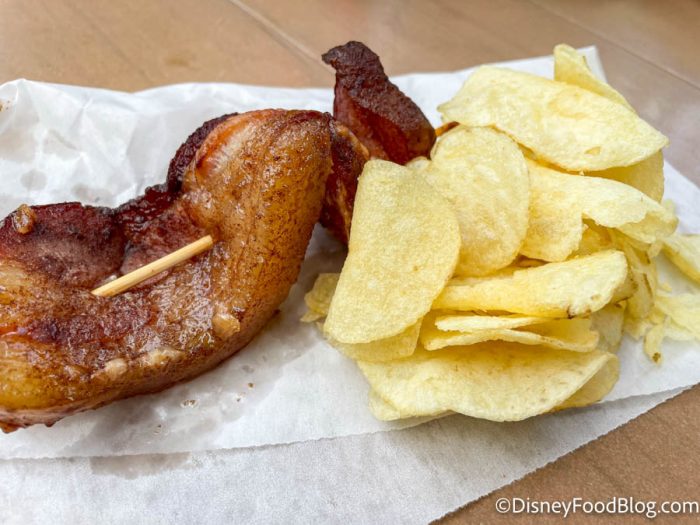 Even comes with some chippies!

Next up was the Jalapeno Poppers which are breaded jalapeno peppers stuffed with nacho cheese served with ranch dressing for $5.49. We’ve seen this snack at various other locations before and were happy to see them make a comeback!

The poppers themselves are a pretty good size and are served warm without all the grease that you might expect from something that is fried. 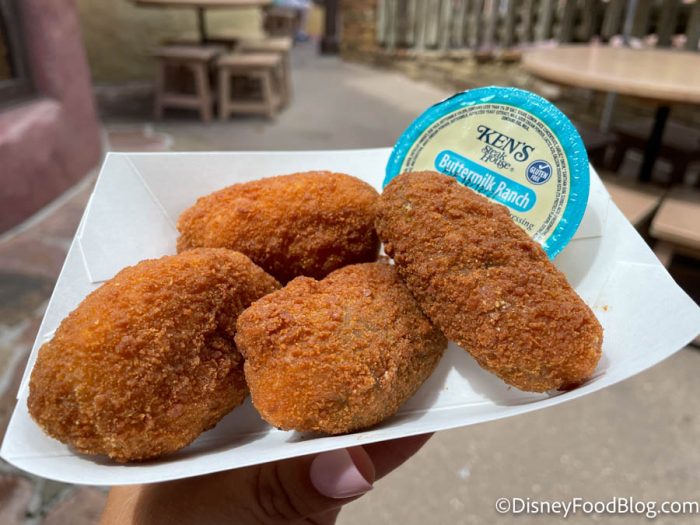 And, on the inside, you’ll find half of a jalapeno that has had all of the seeds scooped out, which gives it a bit more of a mild taste. But, if you want to kick the heat even more, you can dip them into the ranch dressing, though we found that these little guys were good just the way they were, so we mostly skipped out on the dipping sauce. 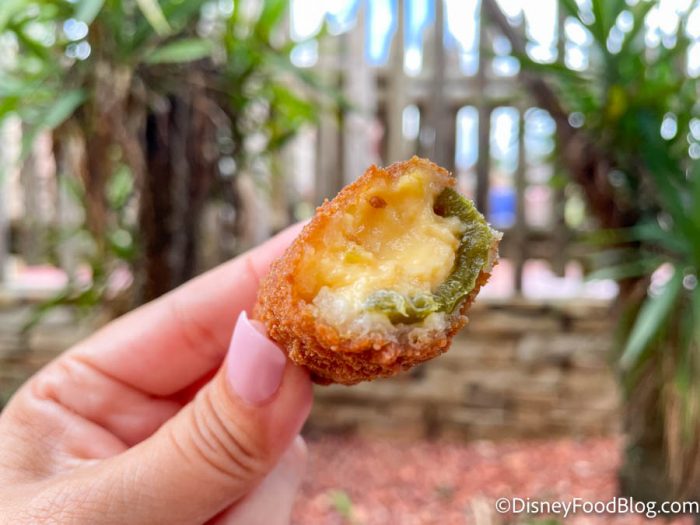 See, we told you they’re good!

All in all, we thought that these snacks were a whole of fun compared to the Mickey Pretzel and Churro that used to call this stand home. We could see them being great options for a family looking for a small snack to share in between meals or even for kids who want to have some fun dipping their bacon into chips. But, if you’re not a fan of bacon fat or somewhat spicy foods then these might be something to skip on your next visit — there are plenty of other snacks to try after all!

Of course, we’ll be trying all the other new (and returning) snacks that we find around Disney World, so be sure to stay tuned to DFB for more!

What is your favorite snack in Magic Kingdom? Let us know in the comments!