Jungle Cruise premiered at Disneyland yesterday, and it looked like a BLAST! 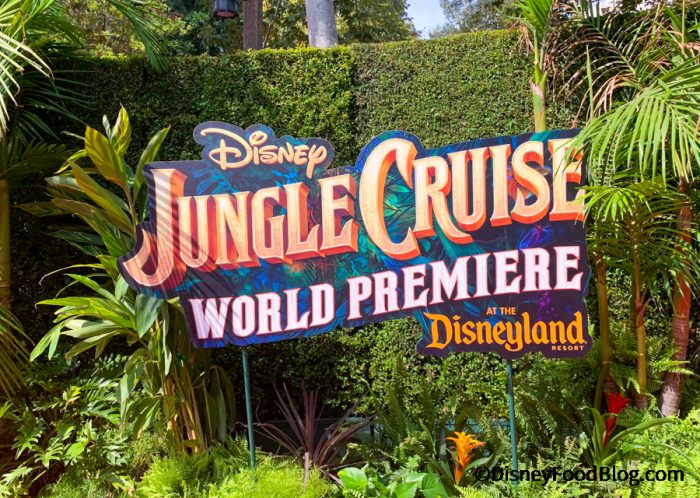 The movie is almost here!

The new movie, starring Dwayne Johnson and Emily Blunt, is set to hit theaters and Disney+ on July 30th. But, in order to promote the film, the cast and crew visited where the Jungle Cruise got its start in the Disneyland Park! And, we’re giving you a look into everything that happened at the premiere, so you can get even MORE excited about the upcoming release of Jungle Cruise!

Signs for the film were all along the red carpet, making us feel like we were at an actual Hollywood movie premiere! Since Jungle Cruise will introduce us to new heroes and villains, character posters lined the carpet… 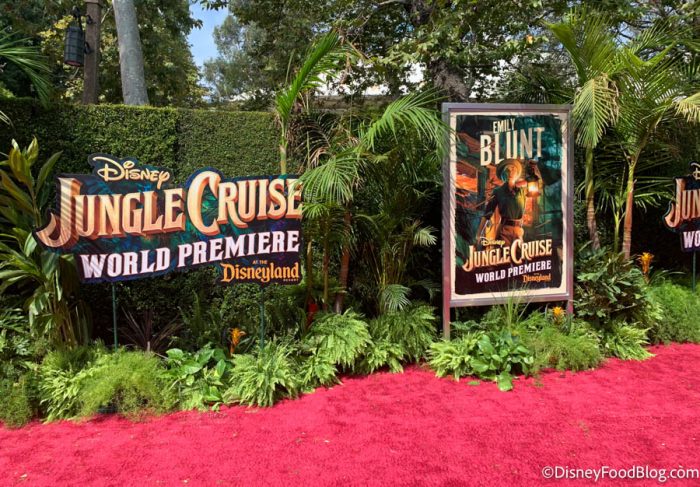 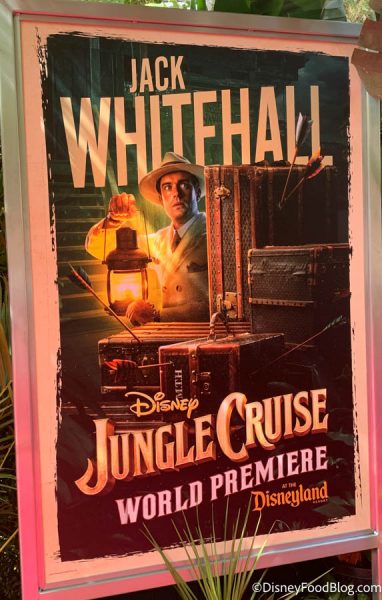 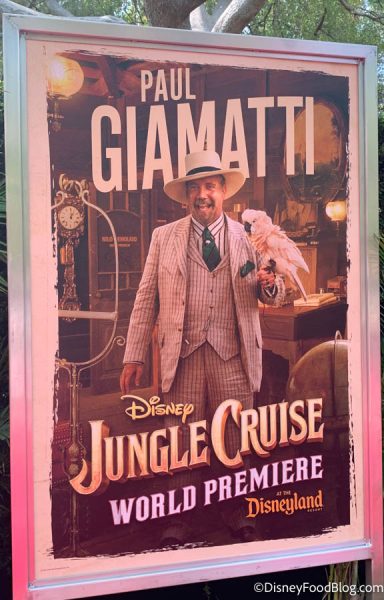 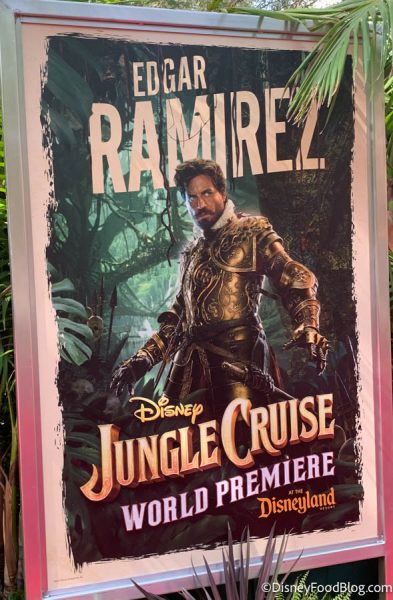 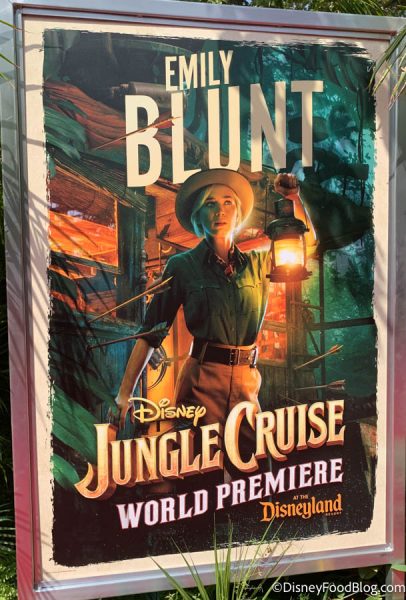 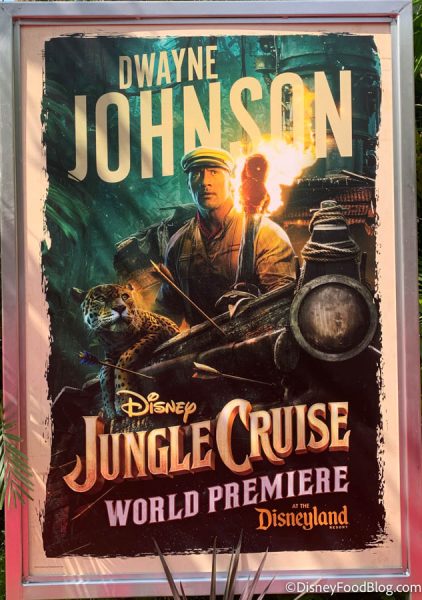 Photo-ops were even available for guests to particiate in, whether they wanted to pose aboard the iconic boat… 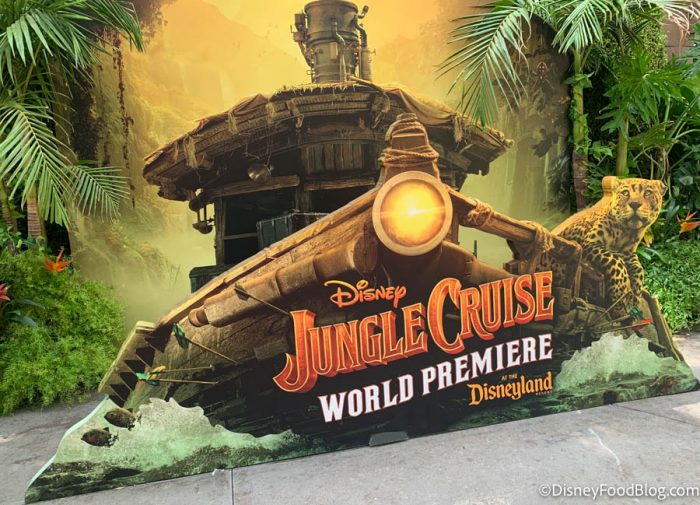 …or show off their premiere outfits in front of the film’s logo board! 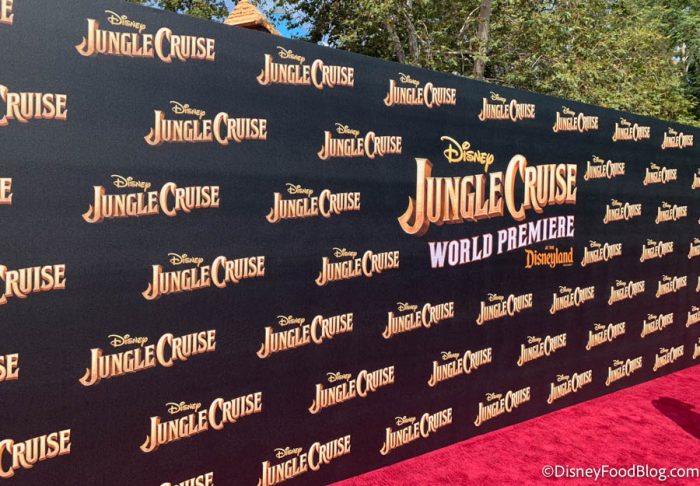 And, the red carpet led to a giant Jungle Cruise world premiere to greet everyone who had trekked to Disneyland for the momentous occasion! 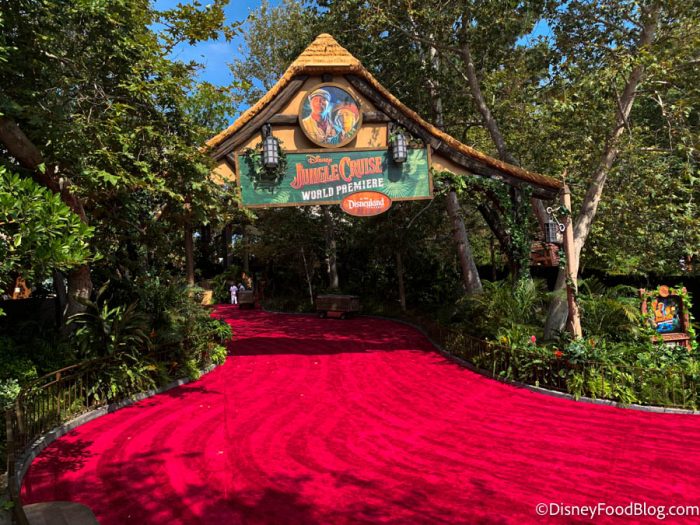 But, it wouldn’t be a movie premiere without a few snacks, now would it? Cast Members were handing out gift bags to guest visiting with treats like M&M’s… 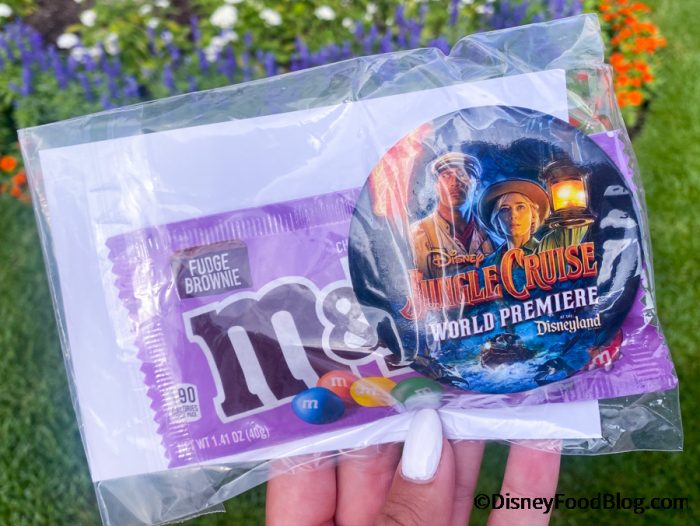 …and Skittles for some added sweetness to the day. 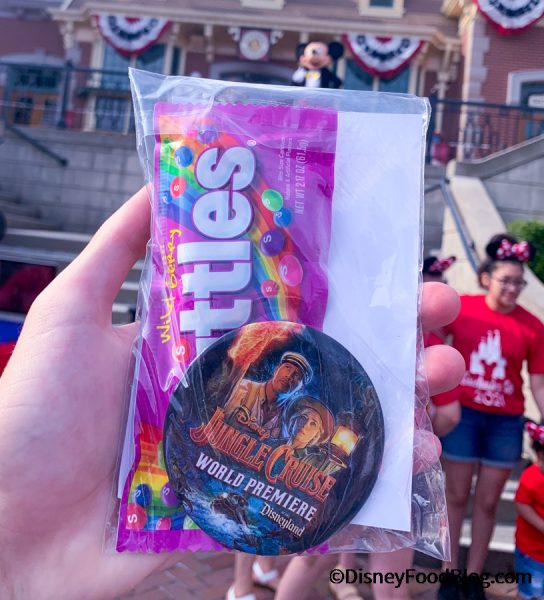 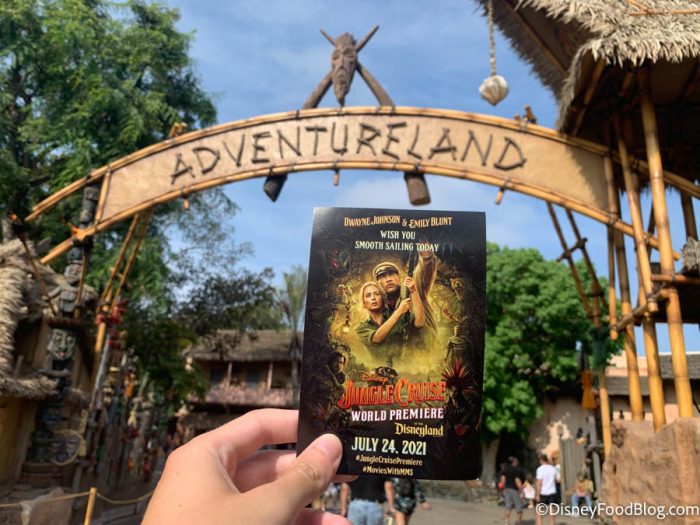 …as well as a button with the film’s poster as a souvenir to remember your trip to the Jungle Cruise‘s premiere! 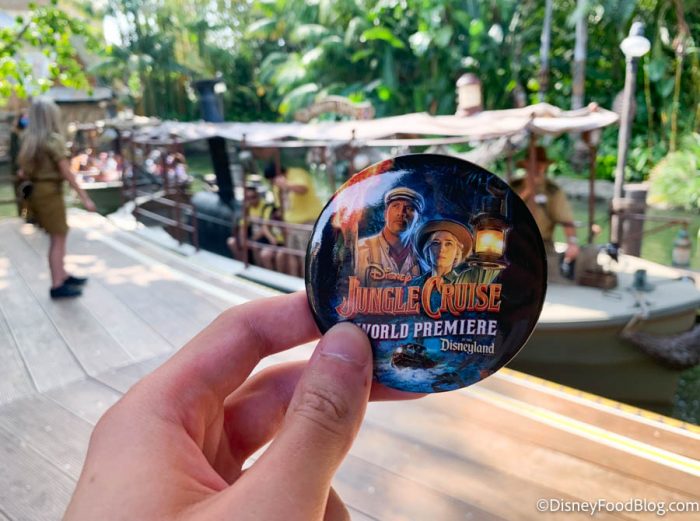 And, to make everything bigger and better, the actual stars from the film made their way down the red carpet! We had spotted Dwayne Johnson and Emily Blunt earlier in Downtown Disney, but they also returned to this exclusive event to celebrate the premiere in Disneyland. 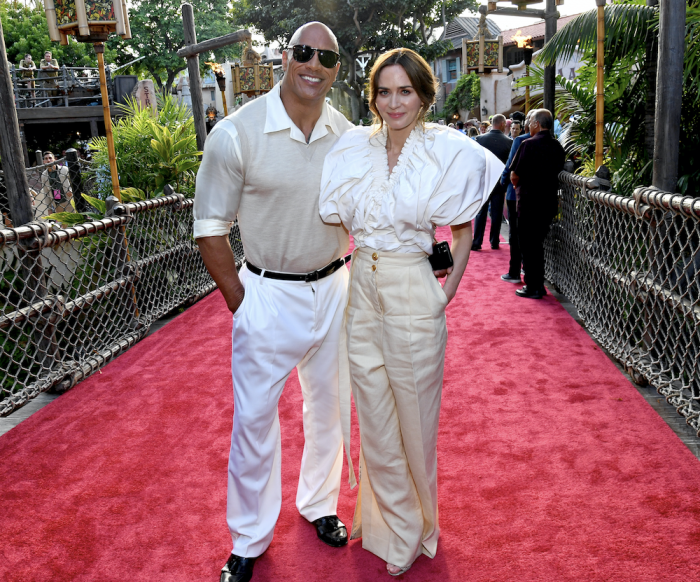 Many of the cast and crew joined them, including actors Edgar Ramírez, Jack Whitehall, and Veronica Falcón. Director Jaume Collet-Serra and producers John Davis, John Fox, Hiram Garcia, Dany Garcia, and Beau Flynn also all showed up to celebrate together! 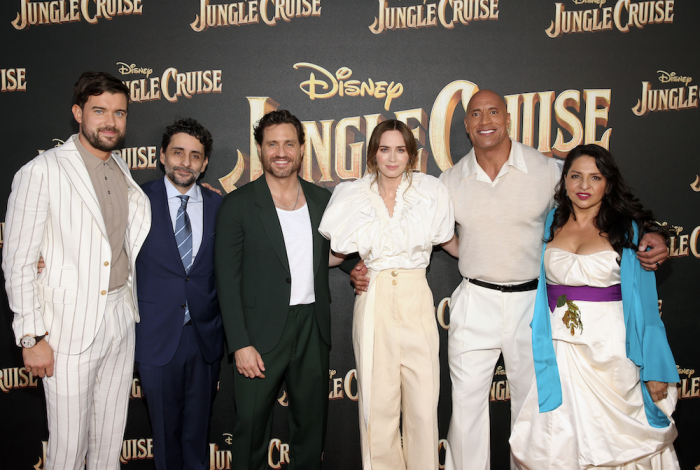 As Disney set up a big screen for the event, the crowd gathered to interact with the stars and let the magic unfold before them. 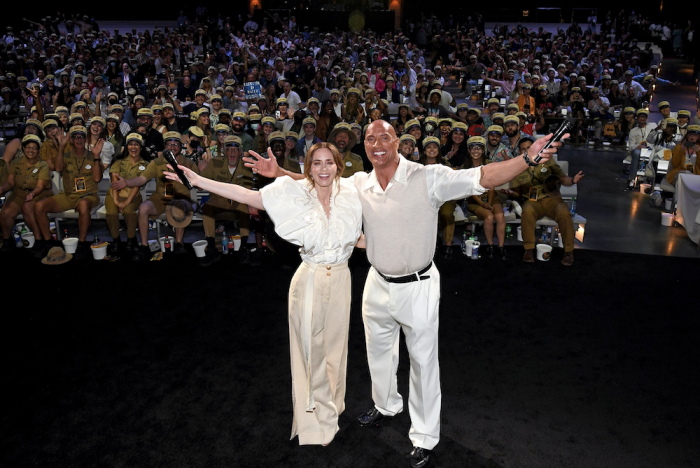 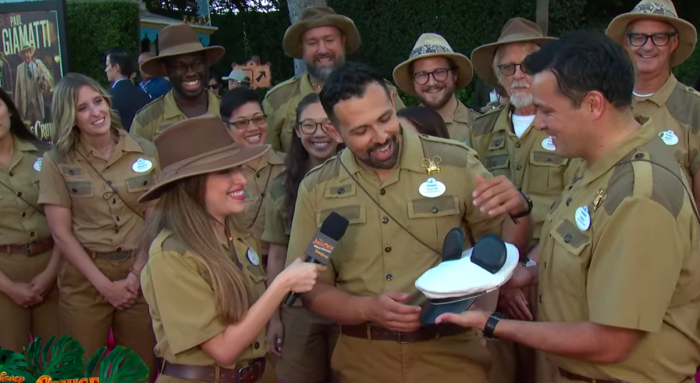 …before the movie made its official world premiere!

The only way to arrive at the #Disney Jungle Cruise World Premiere! ⛴ Experience #JungleCruise on Friday #Disneyland #DisneyPlus #RedCarpet

There were incredible outfits on the red carpet!

This outfit at the World Premiere of Jungle Cruise was ✨iconic✨ @ninawestofficial. Experience #JungleCruise on Friday. #Disneyland #Disney #DisneyPlus

You can check out the entire live stream below!

Jungle Cruise will arrive in theaters and on Disney+ this week (!!!) on July 30th. So, get ready for the adventure of a lifetime! Stay tuned with DFB for the latest Disney entertainment and news!

Kat Saka’s Kettle has reopened in Disneyland… but something’s missing!

What do you think about the Jungle Cruise live stream? Let us know in the comments!

« What is Going on with the Citrus Swirl in Magic Kingdom Right Now?
Dozens of New Disney Products Dropped Online This Week! »