Sometimes the best place to find a delicious snack in Disney World isn’t in the parks at all. 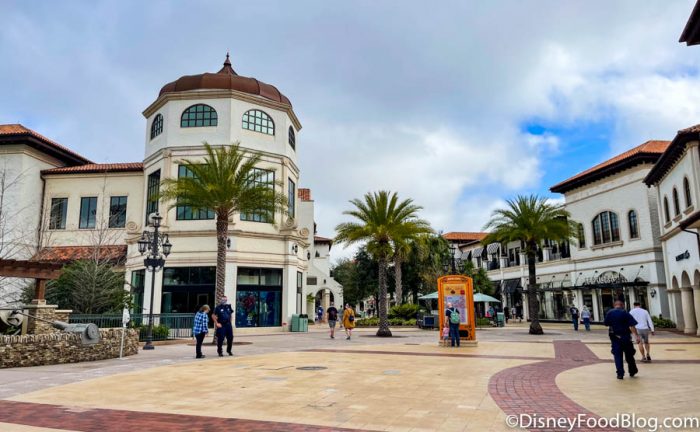 We’re heading into Disney Springs today because one popular location has THREE new specialties. Two of the treats are perfect for the upcoming sweater weather (which is optimistic in Florida), but one of them is definitely holding onto summer. Let’s check out the new treats!

We’re going to Vivoli il Gelato in Disney Springs, which is known for Italian treats like biscotti, sorbet, and — of course — gelato! 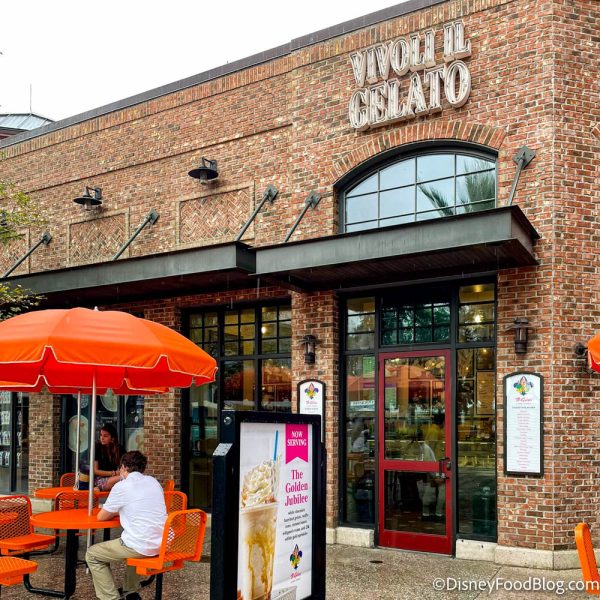 This restaurant has several new specialty items on their menu, and we’re giving a few of them a try! Vivoli consistently cranks out new treats here, so there’s usually always something exciting to try! 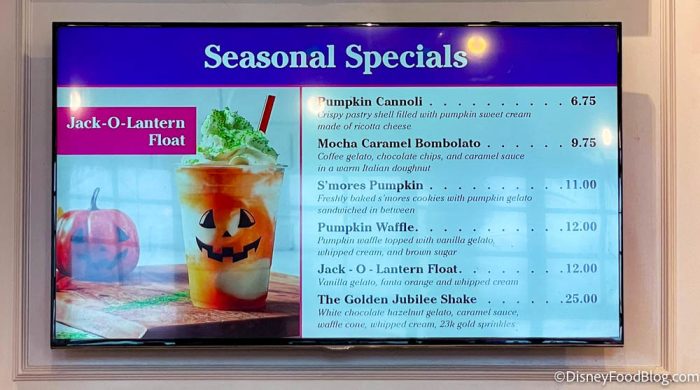 We’ll start with the new summer-y treat that we found, which is the Mimosa Sorbet. This one isn’t on the seasonal specials menu because, like we said, it’s not very fall-y. But that didn’t make it any less delicious! 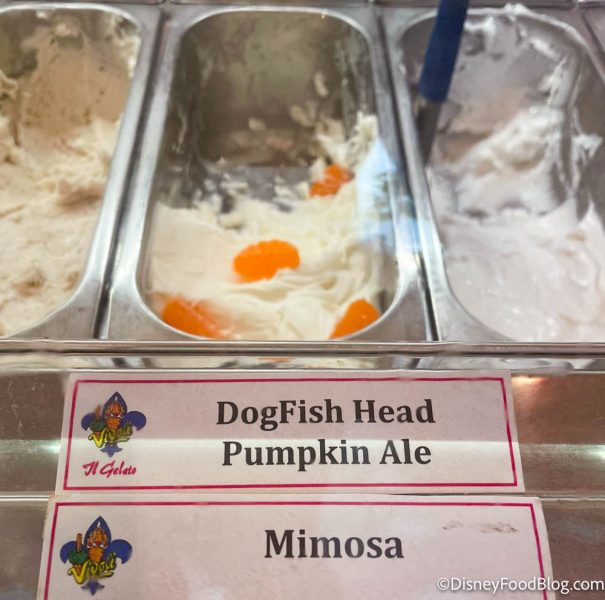 The sorbet is made with Terra Di Baco Prosecco and orange flavors, and there’s a little candy orange slice on top for the garnish. We thought it was SO good! The texture was creamy but also light. It’s a super refreshing flavor (great for a hot day), and the Prosecco comes through without overwhelming it too much. 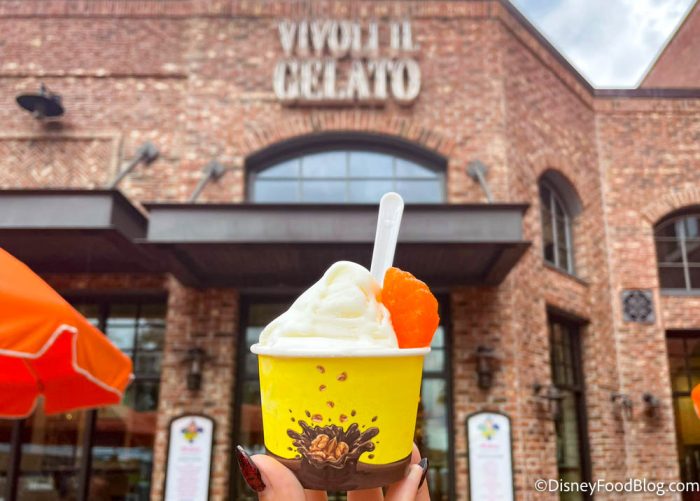 We’ve had Prosecco sorbets that tasted almost dry because of the flavoring, but this one was just creamy and delicious. You will need to show ID in order to buy it (and obv be 21+, so FYI!). 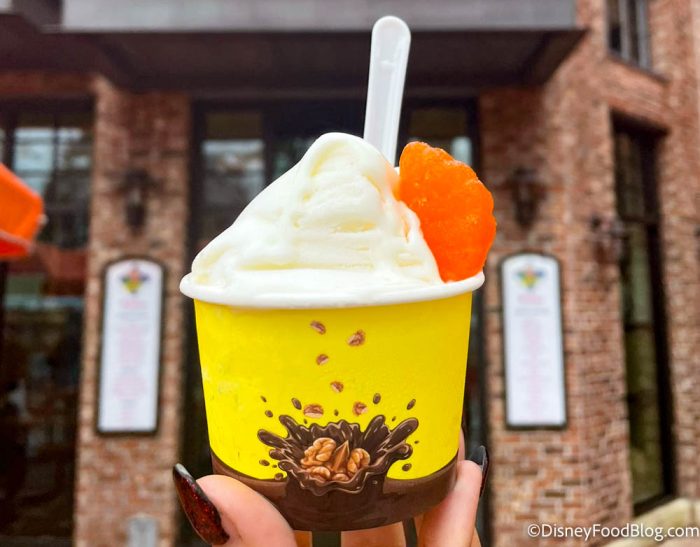 Like most sorbet on a warm day, it melts fast! But it’s just as tasty when it’s melted. It costs $7.75, which we thought was a bit high for a small portion. But if you’re a big Prosecco or sorbet fan, we don’t think you’ll be disappointed in this treat!

If you’re looking for something more seasonal, though, we tried a couple of fall treats as well. Vivoli is no stranger to pumpkiny ice cream, waffles, and more. Last year, we had the pumpkin waffle sliders here. This year, we went with a classic — the Pumpkin Waffle. 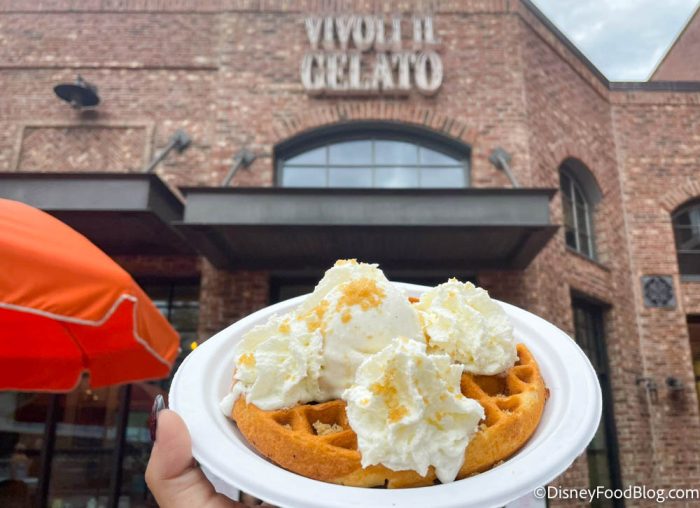 This treat is a Pumpkin Waffle topped with vanilla gelato, whipped cream, and brown sugar. You’re probably not ordering this for breakfast though! We thought it was a very indulgent treat, especially since it’s such a huge portion! You get a full waffle, and they’re NOT skimping on the gelato here.

The vanilla gelato is very sweet, and we think it balances out the fall spices in the waffle very nicely. The brown sugar on top takes the gelato’s sweetness to the next level, but if you think you can handle even more sugar, they give you maple syrup on the side! We thought the waffle tasted more like a spiced cake than pumpkin, so we were a little disappointed that there wasn’t more prominent pumpkin flavor. 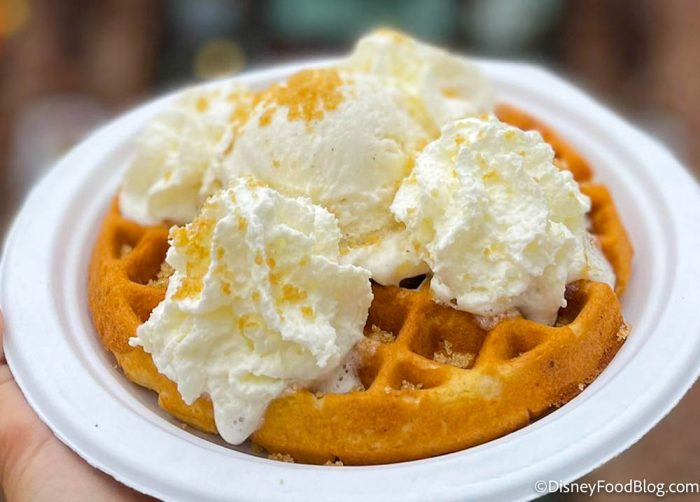 In general, we thought the treat was super tasty, very sweet, and definitely share-able. You get the whole thing for $12. FYI — Vivoli turns off their waffle makers at noon, so if you’re coming later in the day you might have to wait for a bit so they can fire those up again. We waited about 20 minutes for our waffle. 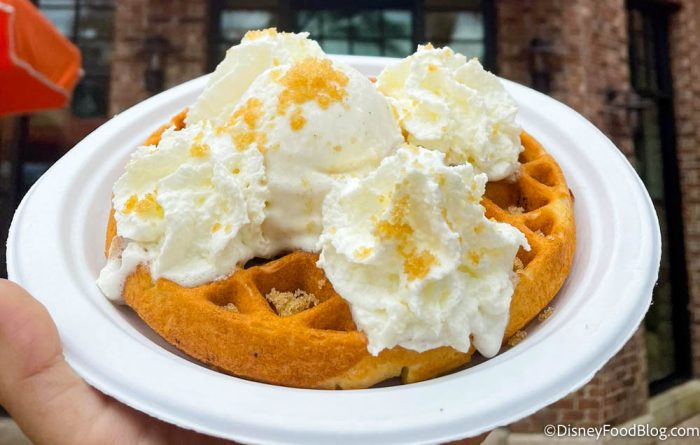 The final treat we tried was the Mocha Caramel Bombolato. This is a warm Italian donut, filled with coffee gelato, chocolate chips, and caramel sauce. WHAT. 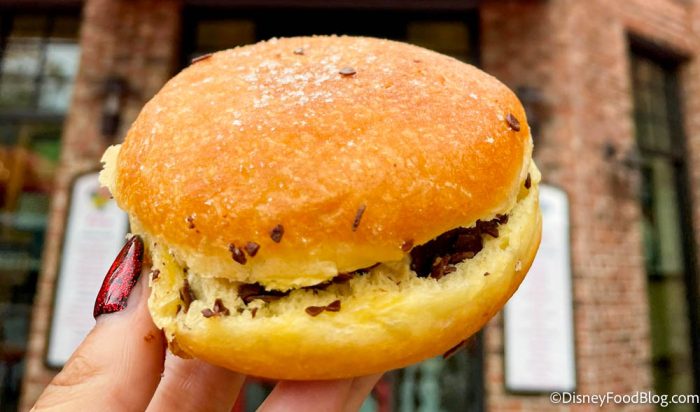 This treat was definitely our favorite of the bunch. GELATO in a DONUT is rarely a bad thing ’round these parts. They usually have their stuffed donut “bombolatos” on the menu in varying flavors. The only way to make that better is to add coffee. Oh wait. They did! If you don’t like coffee, this is probably not the treat for you, but we were absolutely in heaven with this donut. 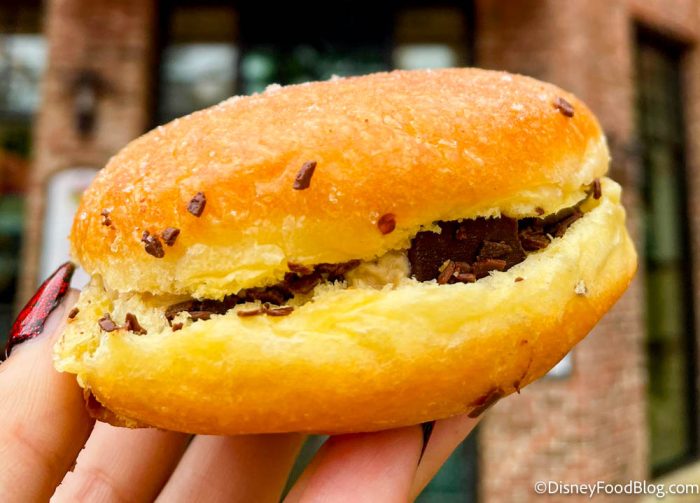 The donut is served hot, and the gelato was still very cold inside. We thought the donut wasn’t too sweet by itself, which was nice because there were so many sugary treats stuffed inside. The donut was also a little dry, but not for long, since the gelato melted and soaked into it. We liked the texture of the chocolate to break up the smooth gelato, and the coffee gelato is very light and not too overpowering. The caramel component, honestly, gets lost in the mix. We really didn’t notice it much, but the flavors were still really great so we were OK with it! 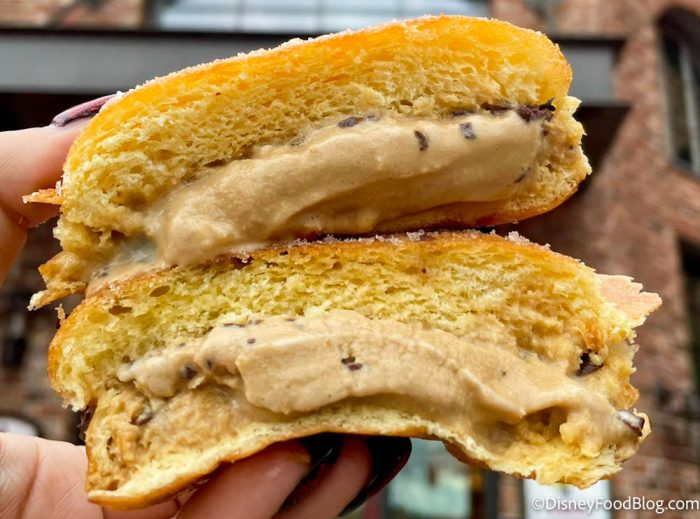 Surprisingly, this treat didn’t make us feel overly stuffed. We thought a gelato-stuffed donut would have us rolling out of the Springs, but since the donut and ice cream were both light, it wasn’t too much. Our only complaint? We definitely needed more napkins! This treat gets MESSY, y’all. You can grab one at Vivoli il Gelato for $9.75. 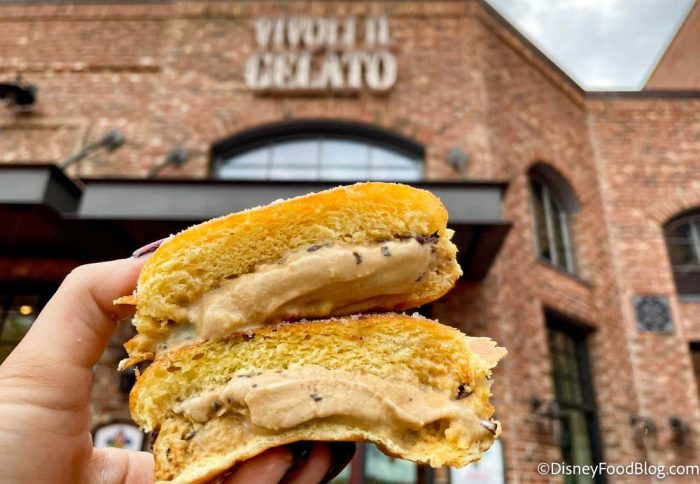 Overall, we have decided that we’re definitely going back to Vivoli il Gelato soon! There are plenty of other gelato and sorbet flavors to try, plus more seasonal offerings on the menu. Keep up with DFB, and we’ll let you know about any other new Disney World treats that we’re trying!

What do you think about gelato-filled donuts? Let us know in the comments!