Meeting characters has been different in Disney World recently. 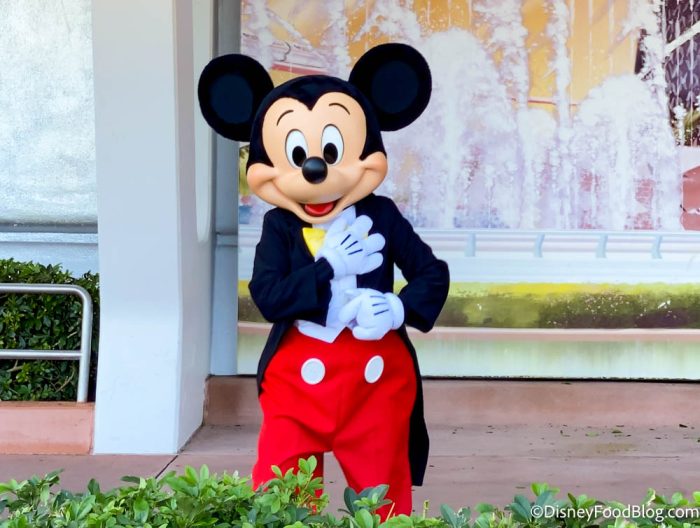 The one-on-one character experiences haven’t been happening in the parks due to COVID-19. But, guests can say “hello” to some of their favorite friends from a distance. Disney recently announced that meet and greets are returning in a modified way, and they even shared us which characters are coming back as part of those experiences. But now, it looks like some changes have been made to the name of this modified way of meeting characters in Disney World.

As we noted above, modified character meet and greets are set to return to Disney World, providing guests with a bit more individual time with Disney characters. Guests still won’t be able to hug their favorite characters or ask for autographs, but they will be able to spend some time with them in themed locations and take distanced photos. 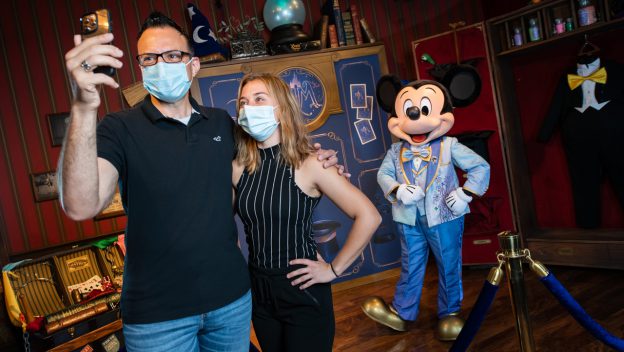 In the past, Disney has called these experiences “meeting…” with language on their website reflecting the name of the character you’d be meeting. For example, the experience with Ariel is called “Meet Ariel at Her Grotto.” That name has remained the same, though the experience is temporarily unavailable at the moment.

It seems likely that this change reflects how the experience is now being conducted and will continue to be conducted, since the meet and greets are mostly about seeing and talking with the characters, rather than interacting with them up-close.

While the language on one Disney page still says “meet”… 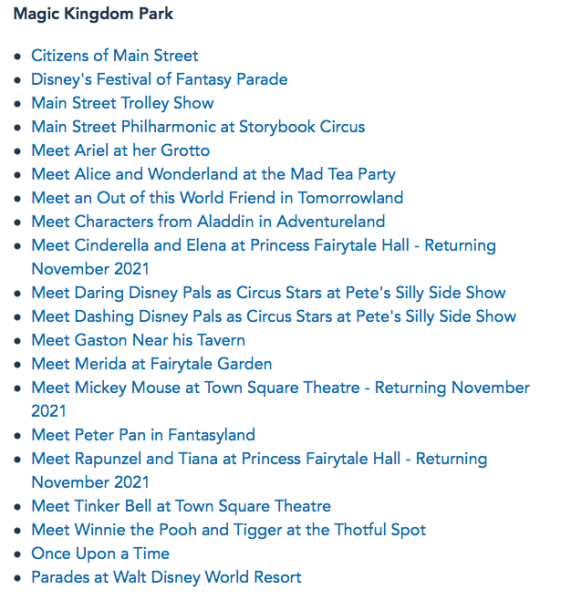 …when you click into the individual pages, the language for some of the experiences has been changed to “sighting.” 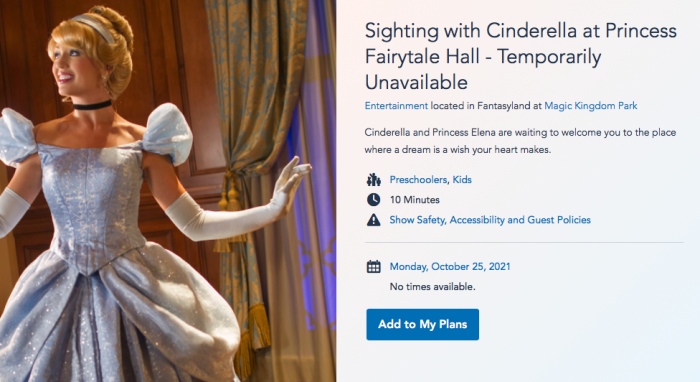 It’s also worth noting that while the main Disney page regarding temporarily unavailable entertainment and the individual pages for these “sightings” describe multiple characters at some locations, the titles are a bit different on the pages. So, for example, the overall entertainment page lists it as a modified meet-and-greet with Cinderella and Elena, but the page itself when clicked, notes that it is a Sighting with Cinderella (and doesn’t specifically list Elena in the title).

The same appears to take place with the one for Rapunzel and Tiana, though the image on the page shows Rapunzel and the “sighting” title lists Tiana. 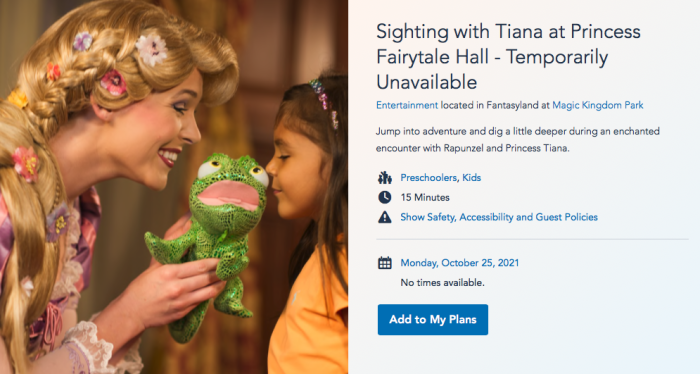 It seems the Anna and Elsa experience at Royal Sommerhus in EPCOT has also been changed to a “sighting,” though it has not been officially announced that a modified meet-and-greet will be returning to the inside of that space.

Keep following DFB for more updates to the character meet-and-greet situation in the parks.

Who’s your favorite Disney character to meet in the parks? Let us know in the comments!

« Disney’s 6 NEW Spirit Jerseys Will Have You Feeling Ready for the Holidays!
Do YOU Recognize the Star Wars Character Featured on Disney World’s Latest Ears? »