We’ve seen $1,000 ears and $300 backpacks, but get ready for Disney’s latest item! In Hong Kong Disneyland, the castle was recently reimagined with a brand new look and name. It is now called the Castle of Magical Dreams! 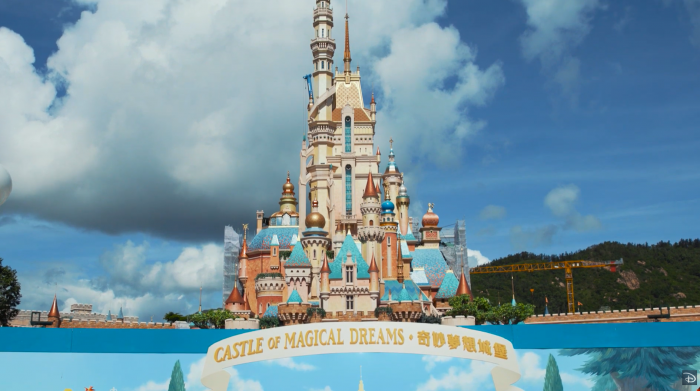 The Castle of Magical Dreams ©Disney

As part of Hong Kong Disneyland’s 15th anniversary, the Castle of Magical Dreams opened in November 2020. The redesigned castle features references to various Disney characters, including Disney princesses and Frozen characters. Now, a meticulously crafted replica of the Castle of Magical Dreams has been brought to life, and it’s made out of GOLD.

Hong Kong Disneyland recently revealed its first-of-its-kind gold castle replica, and you’ll never believe how much it’s worth. Chow Tai Fook, an alliance partner with Hong King Disneyland, created the Castle of Magical Dreams pure gold replica valued at around HK $16 million, which is about $2.05 million in U.S. Dollars. This castle was created in celebration of the one-year anniversary of the opening of the Castle of Magical Dreams, and more specifically the jewelry store in the castle. 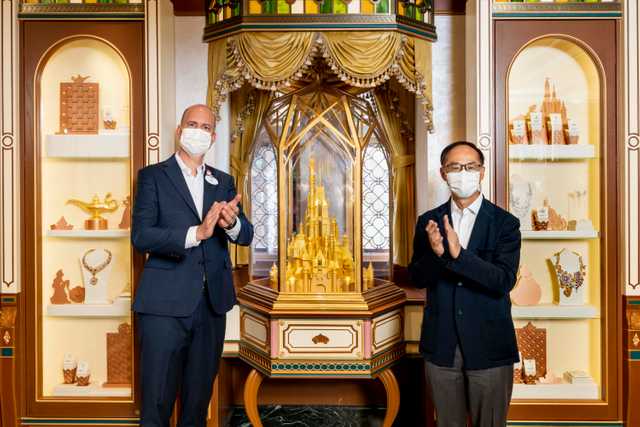 The Pure Gold Castle was  crafted over a period of two years by artisans from Chow Tai Fook, who are the “Royal Jewelers” of the Castle’s treasures. The castle measures 85 centimeters high and will serve as quite the glamorous photo spot for guests! But, this isn’t just a display item for the park. It’ll eventually be FOR SALE. And whoever becomes the first owner of the Pure Gold Castle will be given a lifetime free pass to Hong Kong Disneyland. 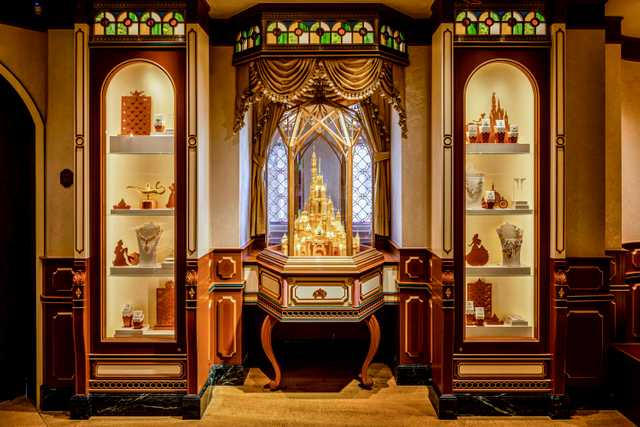 Tim Sypko, Senior Vice President of Operations at Hong Kong Disneyland, said that the Castle of Magical Dreams “symbolizes courage, hope, and possibilities,” and the Pure Gold Castle recreates that symbolism on a smaller scale. He predicted that guests will want to see both the Castle of Magical Dreams AND the Pure Gold Castle when they come to visit! 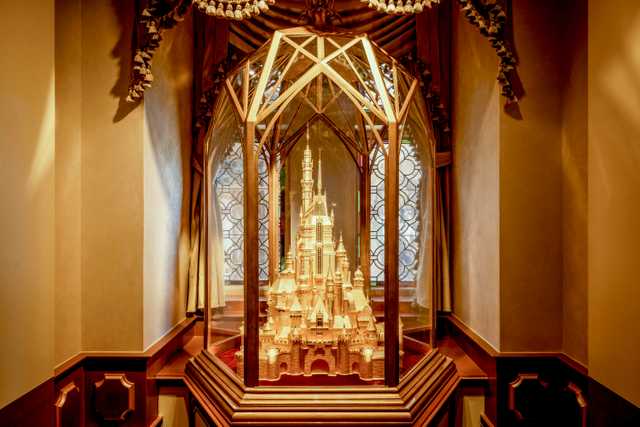 The Pure Gold Castle “uses the Castle of Magical Dreams as a design blueprint,” and its construction wasn’t a simple process. The artisans recreated every detail, small and large, from Aurora’s crown to Cinderella’s pumpkin coach. 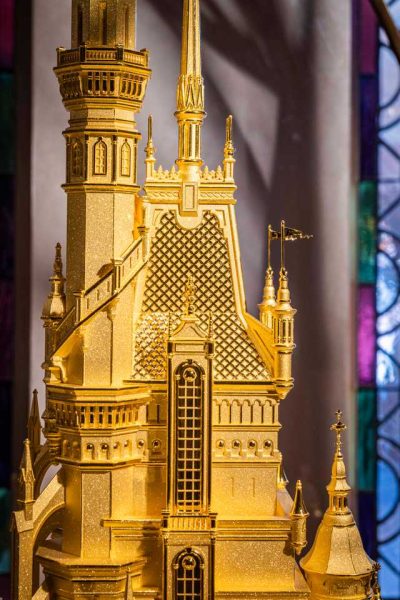 The team of artisans consisted of over 50 people who spent a total of 42,248 hours recreating the miniature version of the Castle of Magical Dreams in pure gold. The pure gold content measures as high as 8,692 grams. That’s a whole lot of gold! 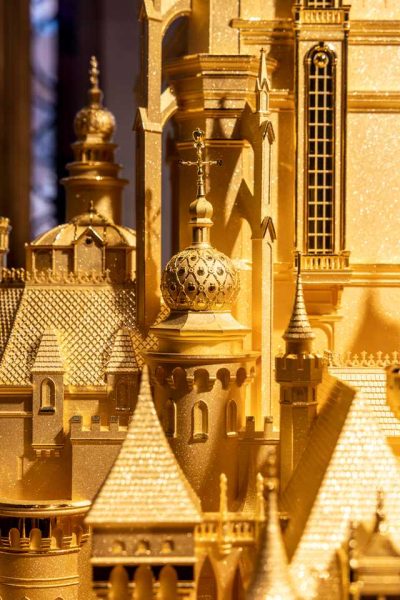 The team used several different forms of software and 3D printing technology to print 221 different parts for the Pure Gold Castle. If you look closely you may see sparkles, which were created by using electroforming and a minimum of three kilograms of diamond powder. 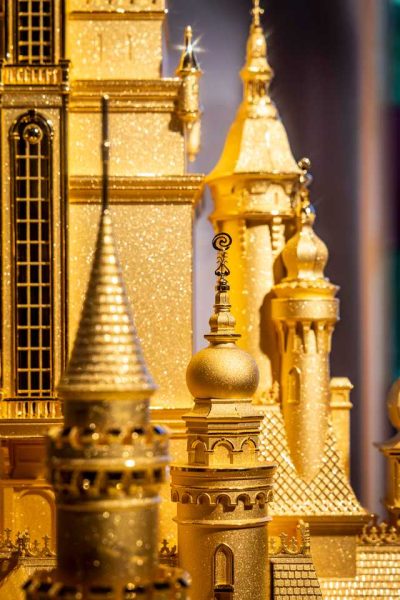 The final Pure Gold Castle has a design that features more than 19,000 tiles and 5,000 bricks, and it is quite the achievement. Just look at all the details! 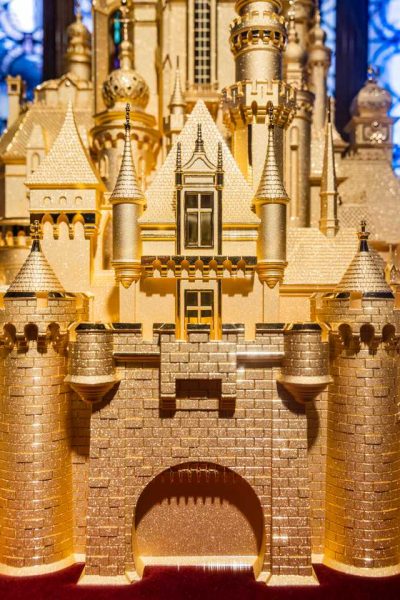 You can find the Pure Gold Castles at Enchanted Treasures in the Castle of Magical Dreams in Hong Kong Disneyland. While we don’t know how much the castle will be sold for, considering it’s valued at around $2.05 million, we have a feeling it won’t be cheap. Guess it’s time to start saving up those pennies (or start wishing for money to grow on trees, you know, the usual).

What do you think of this gold castle? Tell us in the comments!

« Love to Make Disney Crafts? Enter Now for Your Chance to WIN This FREE Prize!
WARNING: Opening This Post May Cause You to Add MORE Disney Bags to Your Collection »