Disneyland is celebrating its 66th anniversary this year! 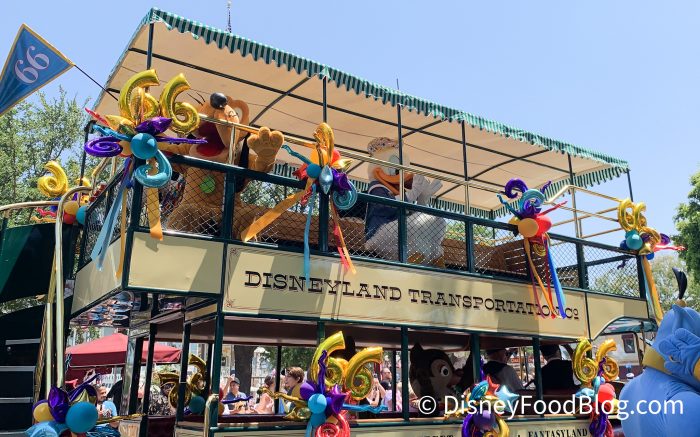 We’ve seen special treats like a very well-dressed caramel apple, and there was an anniversary parade on the actual day of Disneyland’s 66th anniversary, July 17th! On that day, we also spotted a themed cupcake in the park for the occasion, but we didn’t get a chance to actually taste it! It sold out quickly! But this morning, we finally got our hands on the anniversary cupcake and we have a full review for ya!