In just the past few years, Walt Disney World began installing refillable bottle stations (officially called hydration stations) in its Parks and Resorts. To date there aren’t many, but with the many pushes Disney is making to be more eco-conscious (see their controversial plastic plans here!), we expect more will be installed in the future. And lots of readers have expressed interest in these stations, so we’re here with answers for all of your refillable bottle station questions! What are refillable bottle stations?

These are water fountains specifically designed to refill bottles. Whether you bring your own water bottle into the Parks or want to reuse a water bottle you bought in your Park travels, these refillable bottle stations make it possible to refill your bottles without having to do that comical and unfruitful bottle tilt at a typical water fountain.

Where can I find these wonders of bottle filling technology?

Presently we’ve confirmed only eight refillable bottle stations, but it feels like there’s more being added on the regular. Some of the earliest were spotted in the queues of Nav’i River Journey and Flight of Passage in Animal Kingdom’s Pandora. These are accessible only to those waiting in line. We’ve also spotted a station at the Hollywood Studios bus stop and Skyliner restrooms. Inside Hollywood Studios, the new Star Wars: Galaxy’s Edge also has a refillable water bottle station. 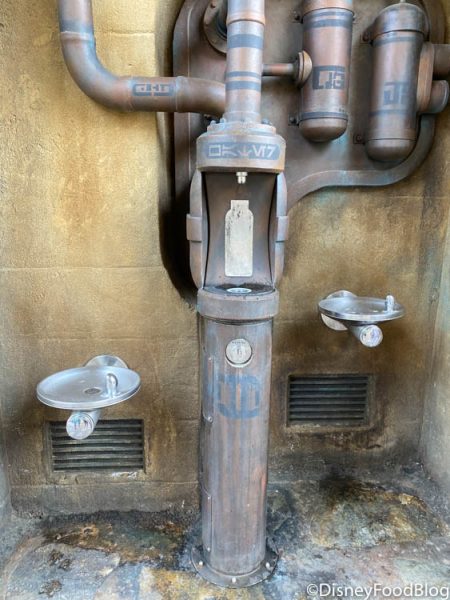 Readers have noted that there’s one at the Kidani Village bus stop at Animal Kingdom Lodge, while Cosmic Ray’s in Magic Kingdom, the Odyssey building at Epcot as well as at the new restrooms which just opened between Future World and World Showcase also have one. At present, these hydration stations are not noted on Guide Maps. 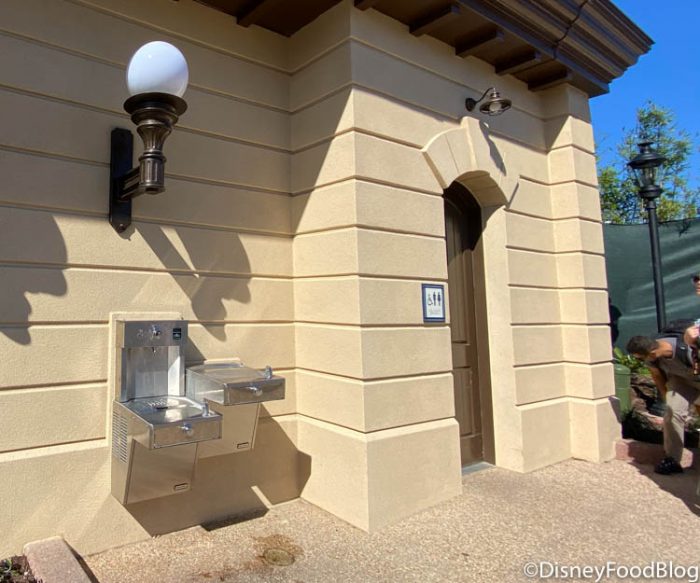 Refillable bottle stations are designed to send a single stream of water into the mouth of your water bottle without touching the bottle. There’s an outline of a bottle in the filling station that has a sensor. This sensor recognizes when you hold or place a bottle in front of it. Once the sensor senses a bottle is in place, it will automatically send that stream of water into the bottle. As long as you’ve aligned the bottle correctly, it should fill quickly without splashing. We have found that the water in the refillable stations is cool (but not cold). So if you’re fine with slightly-cooler-than-lukewarm water, you’re set to go. If you prefer freezing cold water, you may want to find a nearby quick service location that will give you a (free) cup of ice that you can dump into your bottle if it has a wide enough mouth. But hey — in zillion degree weather in Orlando, just about any water is better than no water. 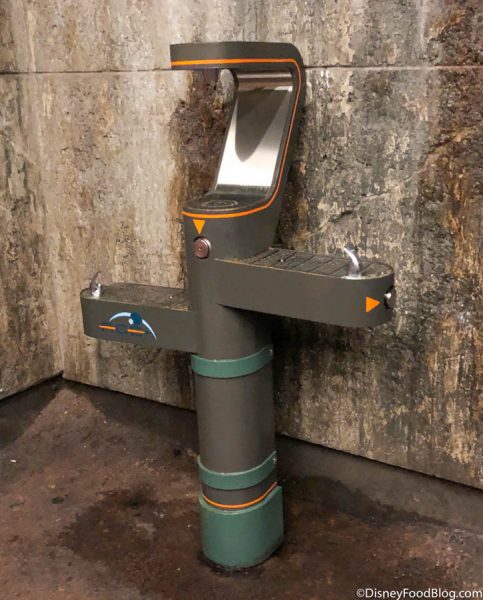 Do I need a bottle with a filter?

The refillable bottle stations do filter the water that is dispensed into bottles. However, in our experience, the water still has that distinctive central Florida taste. So if you can’t stomach that iconic flavor, you’ll want to bring a filtered bottle that helps eliminate it or bring along flavor packets for your water (which you can buy at any grocery store and bring along with you, or order from a grocery delivery service).

Why would I use one of these?

For starters, they typically refill a bottle efficiently and without wasting as much water as the tip-a-bottle-in-a-water-fountain approach. They also don’t have quite as much danger of someone’s mouth just having touched the spout as water fountains do. But also, the refillable bottle stations keep a tally of how many plastic bottles have been saved by utilizing the refill station, and that’s a great thing for the environment. We’ll keep an eye on this developing situation and update if any additional information comes to light. But in the meantime, if it works for you, jump on the refillable bottle station craze!

Will you use these refillable bottle stations?