We’ve been partying with all our favorite characters at the Magic Happens Parade in Disneyland! 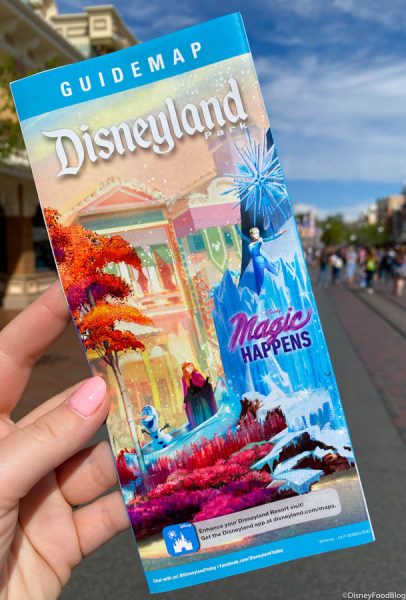 And, even though we loooove the brand new parade, we are definitely excited to try all the eats and treats available for the premiere of Magic Happens TODAY!

We’re going un poco loco for the adorable Coco-inspired Dia de los Muertos Hand Pie! (I mean, just look at how cute it is, you guys). 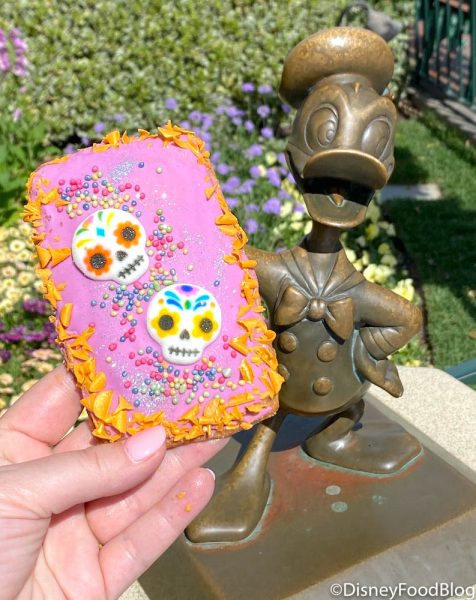 The hand pie is topped with icing, sprinkles, sugar skulls, and white chocolate pieces. Annnnnd it even has a guava filling.

And, even though the guava flavor is totally unique from other fillings we’ve tried at Jolly Holiday, it is SOOO good! The super tart flavors from the guava melt with the sweet pastry. Plus, the sprinkles and sugar skulls on top add a crunch to it that makes the Dia de los Muertos Hand Pie muy deliciosa! 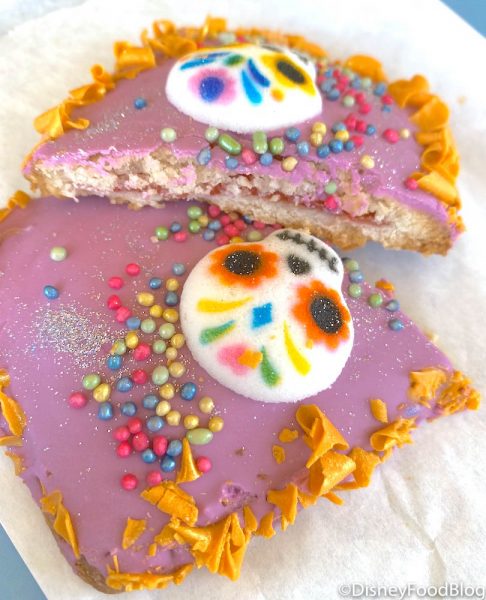 We have to say that the Dia de los Muertos Hand Pie might be our FAVORITE version of the dessert that we’ve ever had at Jolly Holiday (yeah, even more than the Strawberry Hand Pie and Peanut Butter Hand Pie). We’ll count it as a blessing that it’s so good, though!! 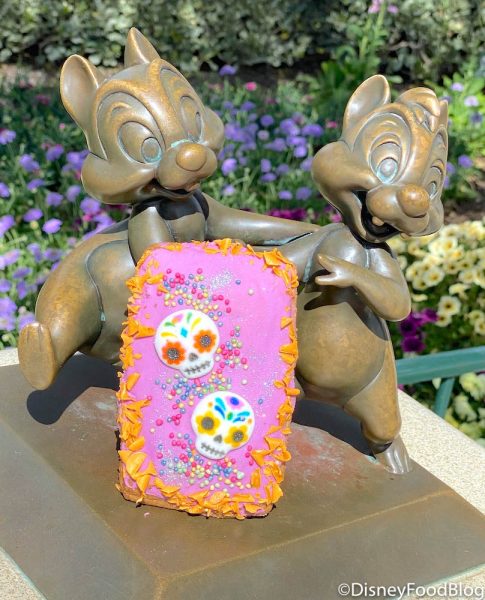 Check out the rest of the Magic Happens eats and treats in Disneyland here!

You can try the Dia de los Muertos Hand Pie for $5.49 at Jolly Holiday (it’s also on Mobile Order) before you sit down to watch the parade. Just make sure to give your best grito whenever you see the Coco float!

Have you stopped by the Jolly Holiday Bakery for the Magic Happens snacks yet? Let us know in the comments below!