Welcome to our tropical hideaway, you lucky people, you! 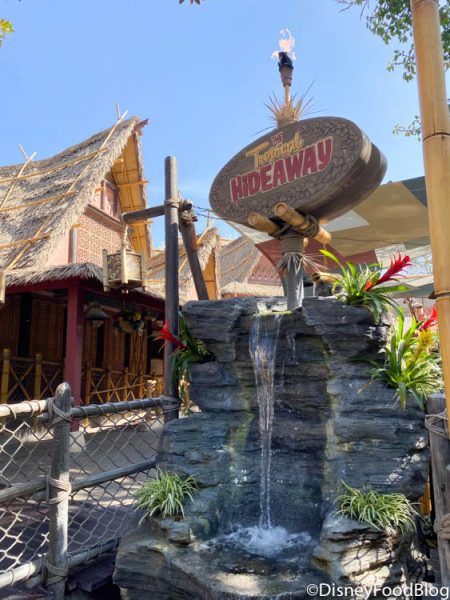 And while we’ve just stopped by this little Disneyland oasis to try their new PB & J Mochi and Sweet Lumpia that seems to be filling in for the establishment’s longtime popular Pineapple Lumpia, a brand new Dole Whip Float has just debuted!

It hasn’t even been a week since The Tropical Hideaway updated its menu, but today we noticed the Orange Dole Whip has gone the way of the dodos and a new flavor has flocked in to fill its place — Lemon Dole Whip! 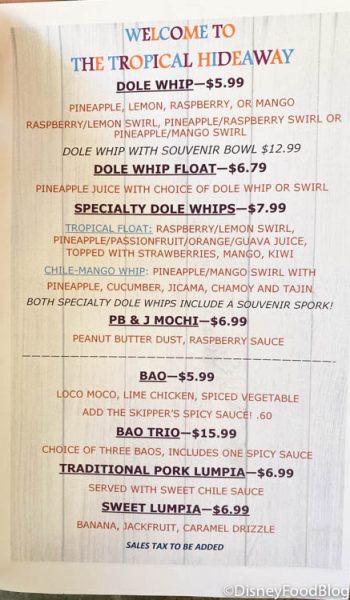 The Lemon Dole Whip can be served on its own or swirled with Raspberry Dole Whip since it shares a machine! It looks like the Orange Dole Whip has temporarily flown the coop, so sadly this means the Orange Pineapple Swirl Loaded Dole Whip has also departed, BUT the good news is a new Tropical Float has taken up its perch!

With a name truly befitting of The Tropical Hideaway, the new Tropical Float costs $7.99 and features a swirl of Raspberry and Lemon Dole Whip topped with pineapple, passion fruit, orange, and guava juice, finished with chopped pieces of strawberry, mango, and a candied kiwi! You’ll also find toasted coconut on the rim. 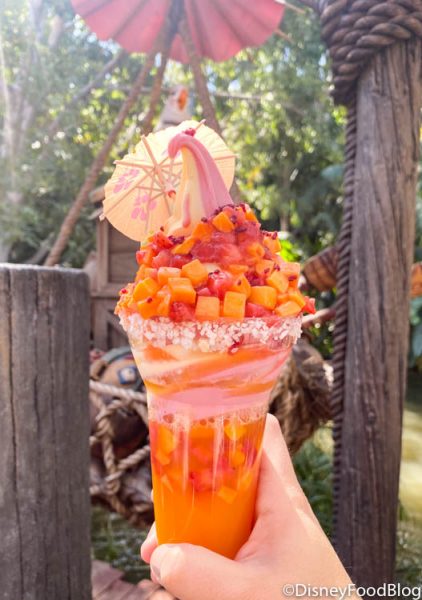 Why, it’s ALMOST as stunning as Rosita, HERSELF! Of course, the Tropical Float doesn’t tell funny jokes like our gorgeous cockatoo friend does, but then again, we wouldn’t expect it to! 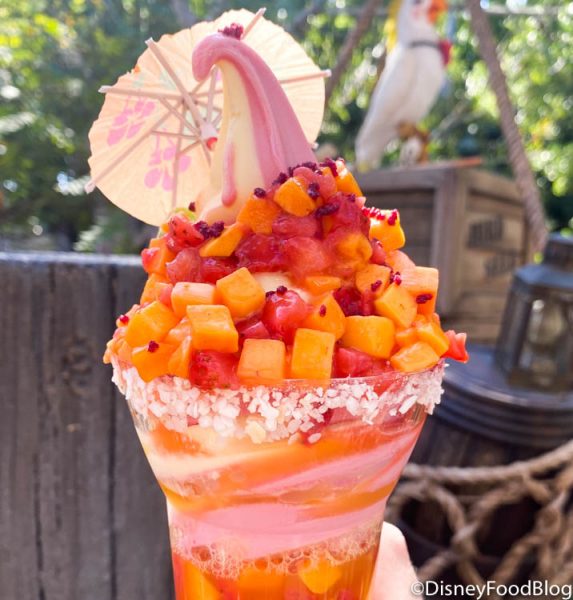 All joking aside, though, eating the new Tropical Float is serious business! You’ll need the right tools to fully enjoy this thing! That’s why The Tropical Hideaway has come up with a brilliant idea to provide you with a free spork — that’s a 99 cent value add! 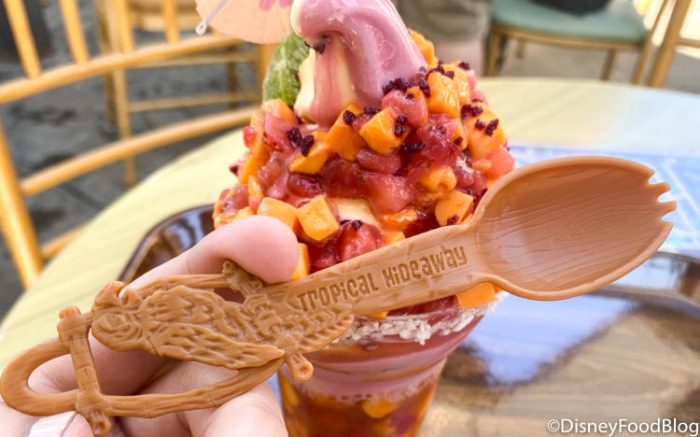 Trusty (and free!) spork in hand, we plowed ahead! We actually really loved the new Tropical Float and thought it was a great, refreshing snack! The Lemon Raspberry Dole Whip is nice and tart while the fruit bits on top are super fresh and added a nice texture to the soft serve! For $7.99, we thought the price was on point (and did we mention the free spork part already? FREE!). 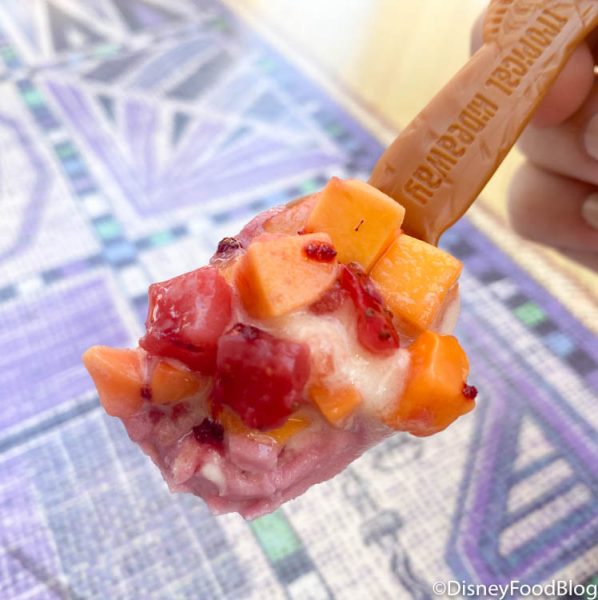 We’ll be on the lookout to see if the Orange Dole Whip returns to The Tropical Hideaway, but for now check out the new Tropical Float along with the Lemon Dole Whip soft serve (which remember! You can get it swirled with Raspberry Dole Whip, too!).

Are you looking forward to trying the new Tropical Float at the Tropical Hideaway? Let us know the comments!

« Review! We’re Celebrating St. Patrick’s Day a Wee Bit Early with the New Shamrockerita at BoardWalk Joe’s
Wanna Catch a Sneak Peek of Disney’s Live Action ‘Mulan’ in the Disney Parks? Here’s HOW Ya Can! »