So, we went for a little ride around the roads of Disney World to see how our dear resort is doing in our absence. Sure, we’ve seen some birds-eye-view pics of the closed parks, but we’re checking out how it feels to be IN Disney World right now. Take a look.

It’s super weird seeing the Disney World entrance (above) without cars pouring through but it’s almost WEIRDER to see no one driving into the Magic Kingdom. All of the lanes are empty. Also, yes, it is strangely quiet. 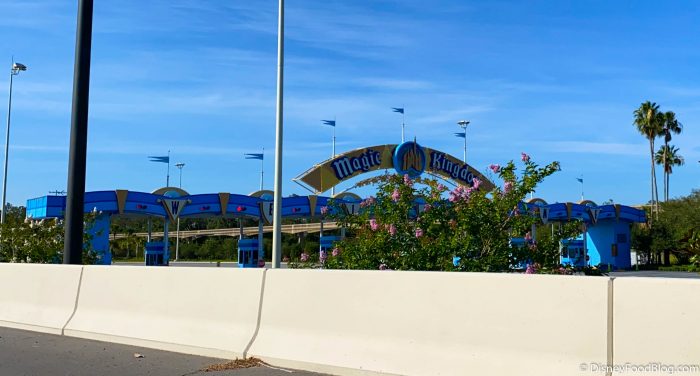 On our way to drive around Magic Kingdom, we noticed some construction near the MK parking lot. We even saw a truck moving! That and the SIGNIFICANT amount of security on the property were some of the only signs of movement. 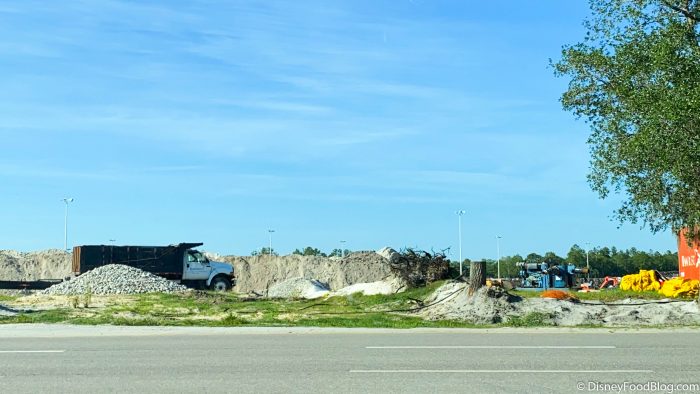 Of course, we swung by TRON Lightcycle Run to get a glimpse of the upcoming attraction. Nothing much has changed since we last saw it which makes sense considering there has been a halt on construction. 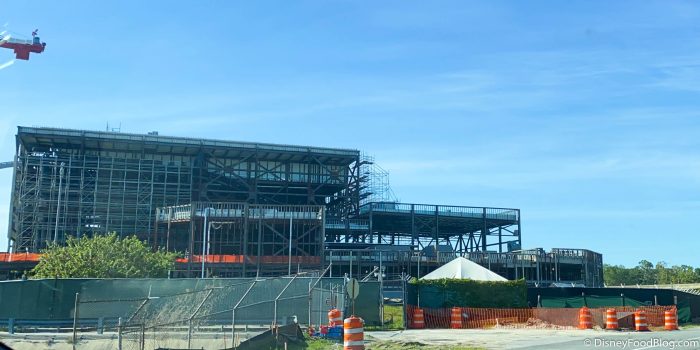 When we went by the Transportation and Ticket Center, we saw what looked like ALL of the Disney buses parked in the lots. Ok, maybe it wasn’t all of them but it certainly seemed like it!

The rest of the lots at the TTC? Empty. Not a car in sight. Once the parks reopen, Disney World might never have this many empty parking spaces again. 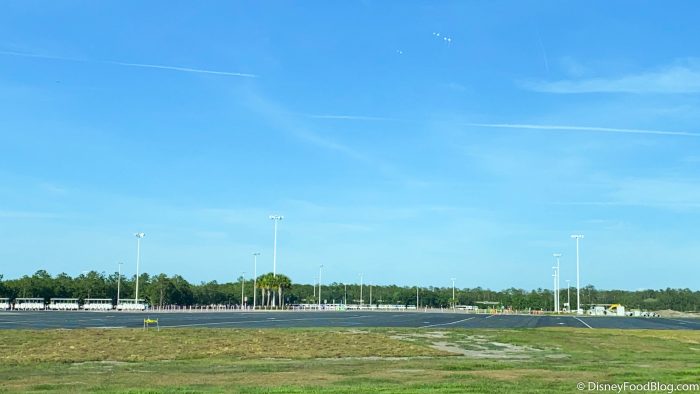 Most of the roads are pretty much empty except for a few stragglers (like us!). We kept expecting to see a monorail cruise by overhead, but no such thing occurred. 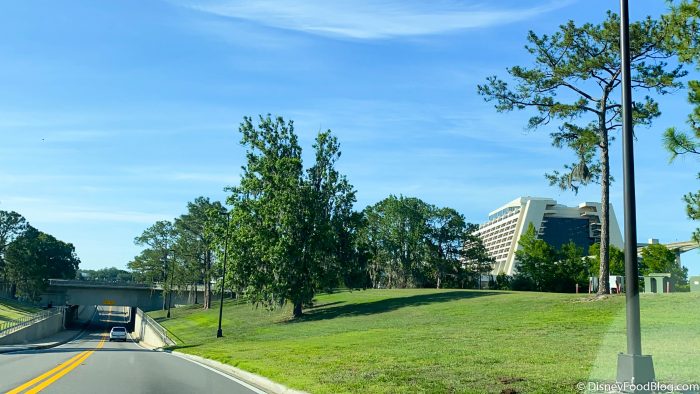 We WILL say, no traffic in Disney World is quite the luxury — we just wish it was under different circumstances! 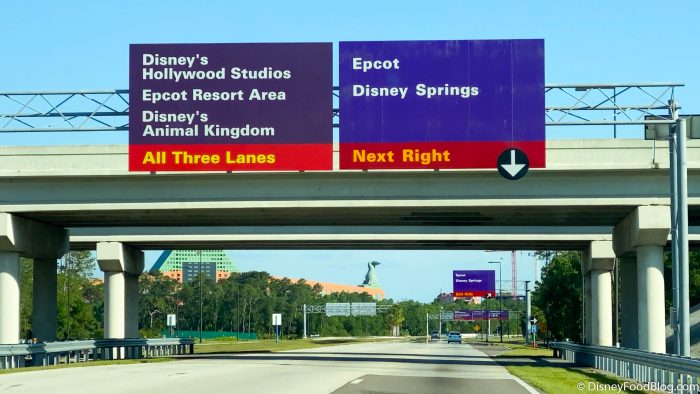 For another construction check-in, we took a peek at construction on The Cove. This new Marriott hotel is going up right across the street from the Swan and Dolphin Resorts. 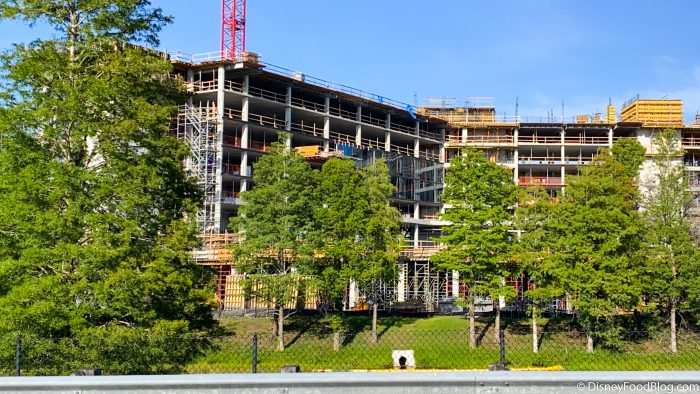 The Cove near Swan and Dolphin Construction

We won’t lie: One of the saddest sights was the deserted Epcot. Oh, Spaceship Earth, how we miss you! 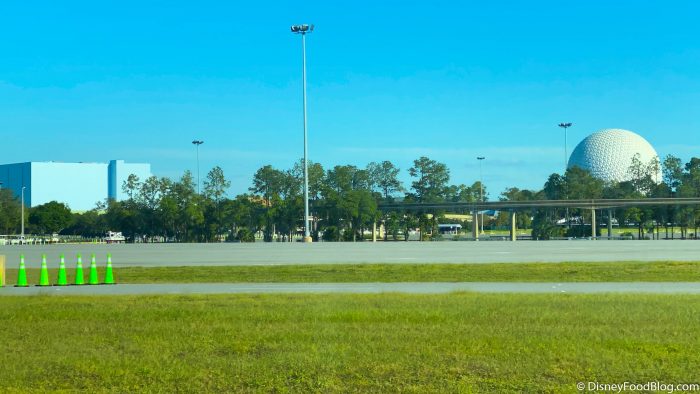 One of the weirdest things to see was the empty Skyliner line! Even though the transportation method just opened, we’re already used to seeing those colorful gondolas cruise by overhead. 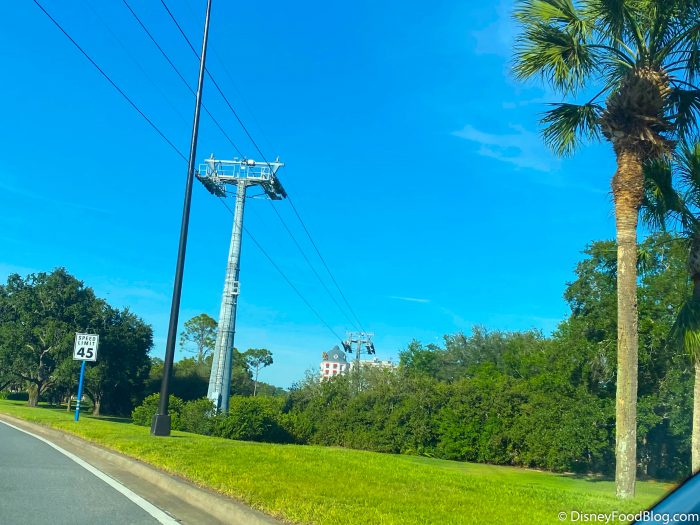 Soon, Disney Springs will come back to life as the location partially reopens on May 20th. Today, we have also learned the opening date for Disney-owned locations in Disney Springs as well.

So there you go! That’s what our little tour around a closed Disney World showed us.

Do these pics make you sad that the parks are closed or excited for when they open again? Tell us in the comments!