In the past couple of weeks, we have seen several industries gradually resume business operations with a focus on health and safety.

When it comes to professional sports, Disney World may play a key role in hosting the rest of the 2019-2020 NBA season.

Sports Illustrated reported that — out of the several sites the NBA is considering — Disney World is the current frontrunner. We had previously reported on why Disney World could be a good fit for the NBA, and Disney Executive Chairman, Bob Iger, even weighed in on the NBA’s Board of Governors discussion in April.  But now that the NBA is more seriously considering resuming the season — Disney World is still on the table as a viable option. 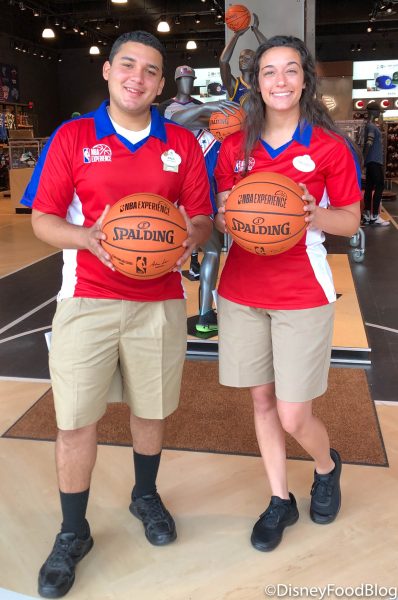 Cast Members at NBA Store Ready to Shoot Some Hoops

Disney World has the “campus-like” environment the League Commissioner, Adam Silver, states they are looking for. Players and staff could be housed in the resort hotels and players would have a reduced chance of contracting any illness on a more private property like Disney. And, of course, with the ESPN Wide World of Sports Complex’s 12 courts and the capacity to broadcast the games, it could be a perfect fit.

Las Vegas is another city being strongly considered, but no decisions have been made at this time. Regardless of whichever site the NBA chooses, fans will not be allowed to attend games.With some teams resuming training as early as next week, we may start to see more developments soon, so we will keep you updated with the latest!

Read more about how Disney World could be the perfect fit for the NBA here!

What do you think about professional sports resuming their seasons without any fans in attendance? Let us know in the comments!