We all know about Mickey Mouse, Minnie Mouse, Donald Duck, Pluto, and Goofy. But did you know that there are some Disney characters whose popularity RIVALS that of the Mouse himself?

We’re going to chat about eight popular characters you might have never even heard of!

We’re going to start off with an easy one. MOST Disney fans should know about this cute little bear, or at least they have probably seen him in passing! 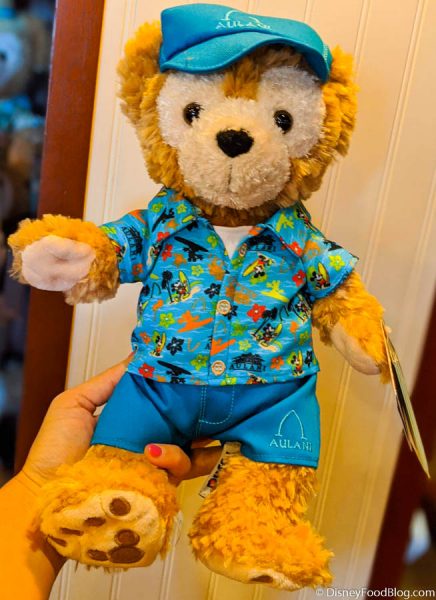 Duffy started out as simply “The Disney Bear” when he made his debut in 2002 at Once Upon a Toy in Disney Springs, then called Downtown Disney. Folks quickly fell in love with Mickey’s teddy bear (given to him by Minnie according to the story), and he was ‘adopted’ by the Oriental Land Company, who own the Tokyo Disney Resort. They gave him the name Duffy, as well as an entire backstory. 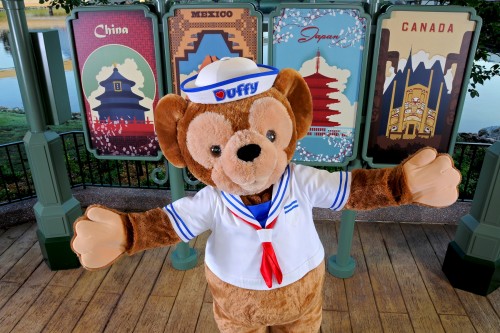 Duffy was HEAVILY marketed and his popularity soared with Japanese Disney fans. He made his first appearance as a walk-around character in 2005 at the Tokyo Disney Resort. Since then, he has made appearances in Disney World, where he had a longterm residency in Epcot. You can find a small amount of Duffy merchandise in the domestic parks, but he is EVERYWHERE in the Asian parks. 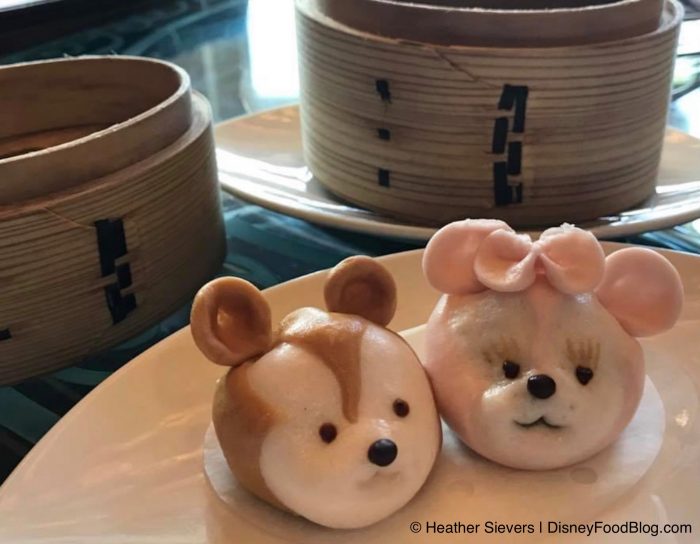 He even appears as some popular food dishes at the international parks! While Duffy still makes an appearance from time to time in Disney World, typically in merchandise form, he has a STRONG claim at the Tokyo Disney Resort, Hong Kong Disneyland, and Shanghai Disneyland, and even over at Disney’s Aulani Resort and Spa in Hawaii!

See where we recently spotted Duffy in Disney World here!

All of Duffy’s Friends!

Lots of Disney fans may know about Duffy, but they may not know about all of his friends! As Duffy’s popularity skyrocketed, an arsenal of friends joined ranks and were also immensely popular abroad. 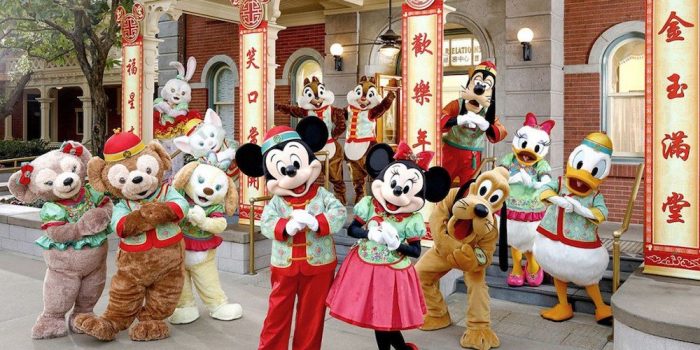 Three friends joined Duffy in 2011 at the Tokyo Disney Resort: ShellieMay, StellaLou, and Gelatoni! Like Duffy, these three pals totally infiltrated the theme parks and appear everywhere. From merchandise to snacks, there’s no escaping these cuties! 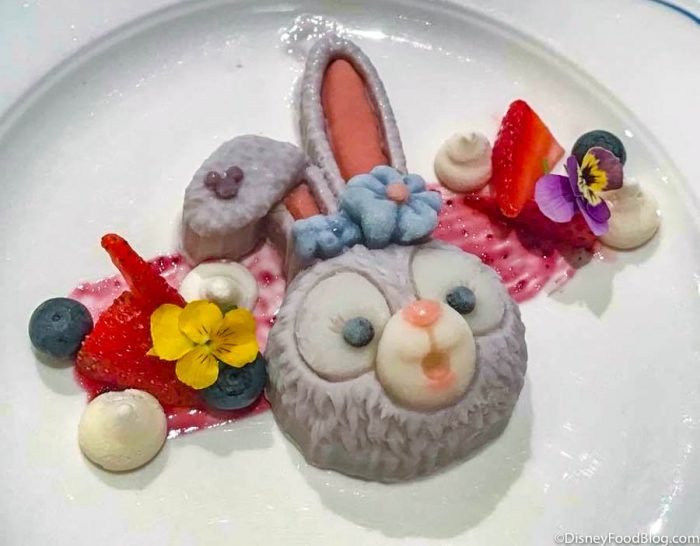 Some of Duffy’s pals have started to make appearances in the states in recent years. We’ve spotted Gelatoni in Disney’s Aulani Resort & Spa. 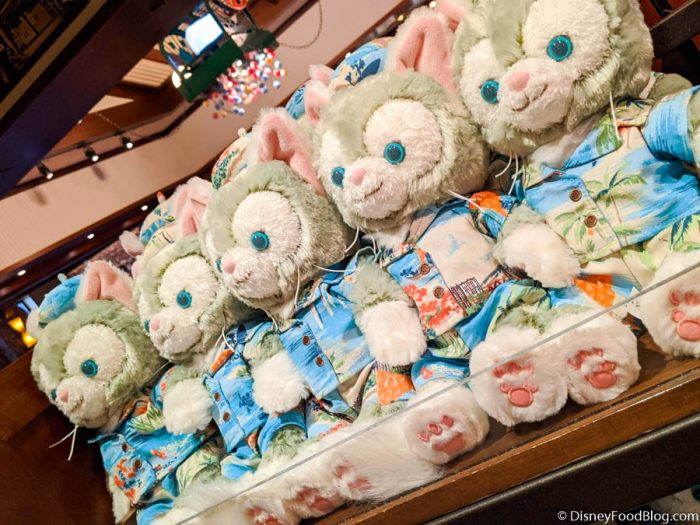 Speaking of Aulani, Duffy has a friend who debuted in Hawaii in 2018: Olu the Turtle! 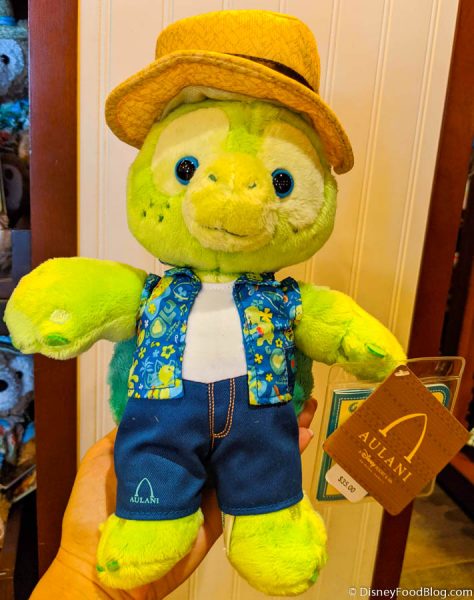 There’s plenty of Olu to go around when you visit Aulani! He even recently made his way to Shanghai Disneyland. 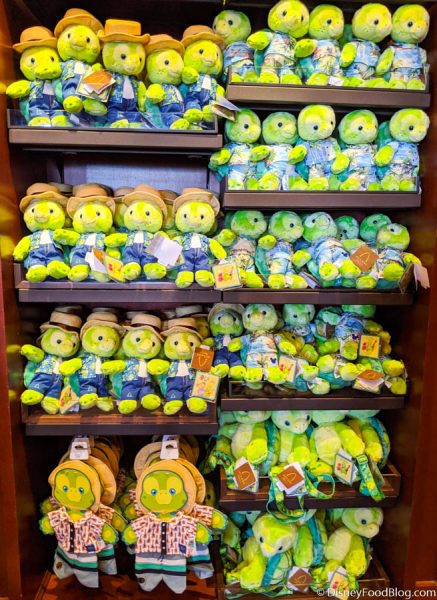 Look at ALL the Olu!

Also in 2018, CookieAnn the Dog debuted in Hong Kong Disneyland! 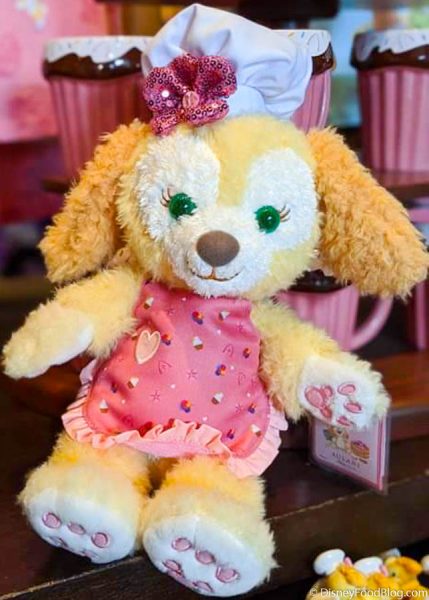 CookieAnn has recently joined Olu as a resident ‘mascot’ of sorts at Aulani!

Check out some of the ADORABLE CookieAnn merchandise you can find at Disney’s Aulani Resort & Spa here!

Our next popular character has no formal relation to Duffy, but in some communities, he’s just as popular! We’re heading to Tokyo DisneySea to climb aboard Sinbad’s Storybook Voyage! 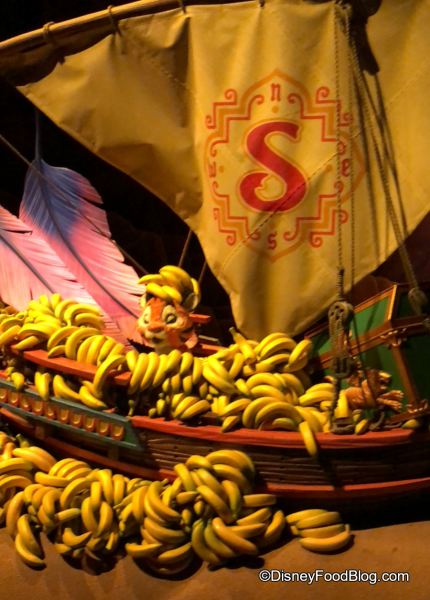 Chandu gets into mischief on Sinbad’s Storybook Voyage!

On this attraction, we meet the ADORABLE Tiger named Chandu. Chandu was added six years after the attraction first opened due to its dark theming that would often frighten children. So, in 2007 Chandu was introduced, as well as an original song by Beauty and the Beast composer Alan Menken to lighten up the attraction! 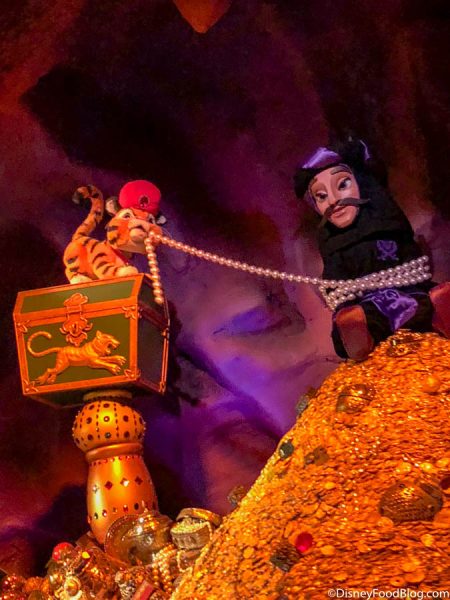 But we have all come to know and love Chandu for an entirely different reason: Chandu Tails! 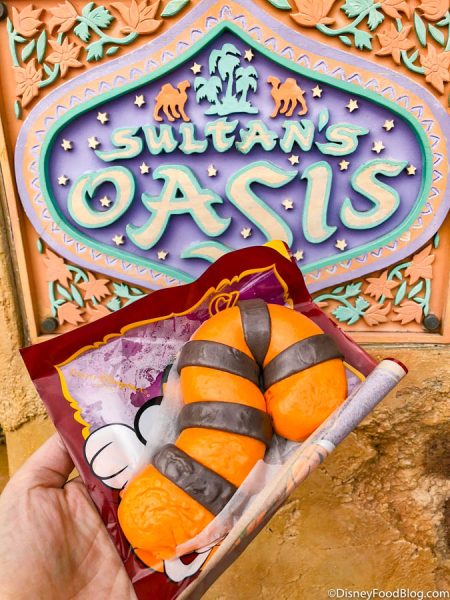 Chandu Tails are tasty treats you can only find at Tokyo DisneySea. These change up, but they’re always steamed buns filled with yummy goodies! (This one is chicken and corn!) 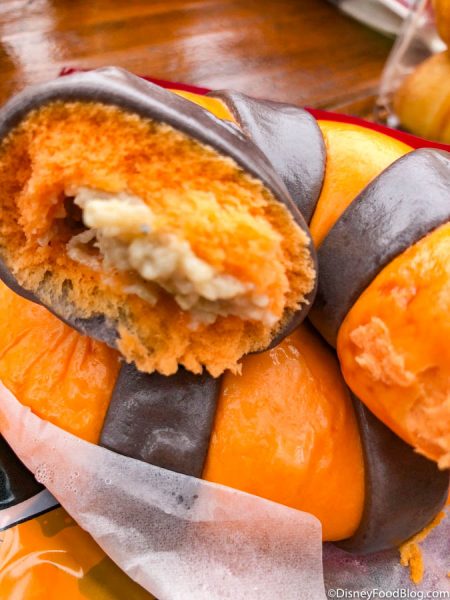 Between the cuteness and the snacks, Chandu holds a special place in our hearts (and, apparently, our wallets)! 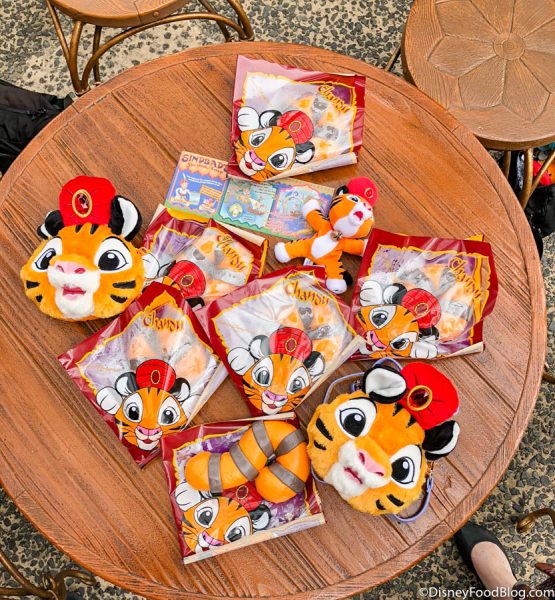 You can ONLY find Chandu at Tokyo DisneySea, which is why some folks may have never heard of him!

Read our full review of the tasty Chandu Tails here!

For our final popular Disney character you may have never heard of, we’re traveling to Hong Kong Disneyland.

One of the most popular attractions in the park is Mystic Manor, their version of Haunted Mansion! 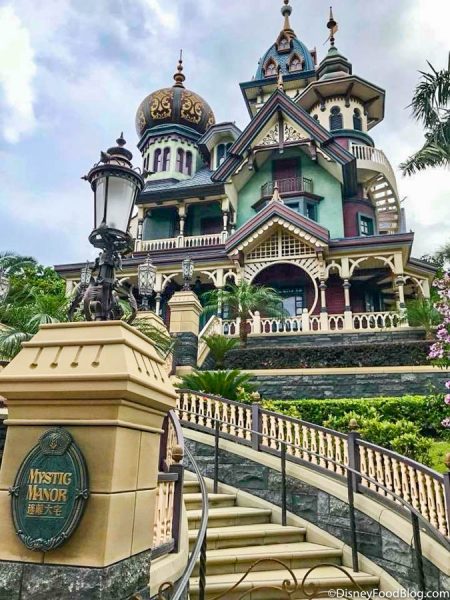 The story behind Mystic Manor is COMPLETELY different than that of the Haunted Mansion here in the states! Mystic Manor has a much more lighthearted, fantasy-based theme with no “grim grinning ghosts” to be found! And one of the main characters of Mystic Manor is Albert the Monkey! 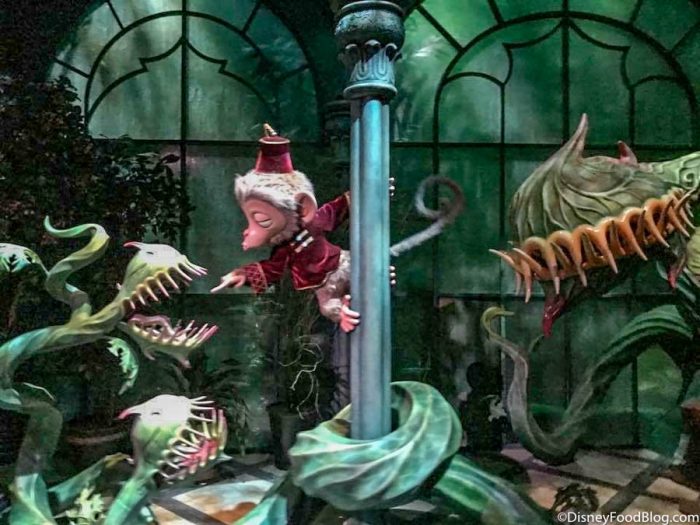 Like Chandu, Albert can only be found in his home park, which in this case is Hong Kong Disneyland. HOWEVER, those with a keen eye may be able to spot this adorable sidekick at the Disneyland Resort! Next time you visit Bengal Barbecue, head into the seating area, and see if you can find a print of a Jungle Cruise boat with a familiar monkey on board!

If you weren’t aware, Albert is a member of the fictitious Society of Explorers and Adventurers (or S.E.A., as it’s more commonly called). One of the secret meeting spots for S.E.A. members can be found at Jungle Navigation Co., Ltd Skipper Canteen in Disney World’s Magic Kingdom. In the S.E.A. meeting room, you’ll find Albert’s fez on the wall.

So while you may not have heard of all of these super cuties, they have gained an immense amount of popularity at Disney Parks around the world!

Want to visit ALL of the Disney Parks so you can meet these characters? Here’s what it will cost you!

How many of these characters did you already know about? Let us know in the comments!

« NEWS! Disney Cruise Line Extends Suspension of Departures for the Dream and Fantasy Through Mid-September
Everything You Need to Know About Bringing Your Pets to Disney World! »