Now, Disney has officially announced that Disneyland Resort WILL not be opening on these dates.

In fact, Disneyland is holding off on reopening altogether for the time being and will announce a reopening date at a later time.

According to Disney, “The State of California has indicated that it will not issue theme park reopening guidelines until sometime after July 4. Given the time required for us to bring thousands of cast members back to work and restart our business, we have no choice but to delay the reopening of our theme parks and resort hotels…” 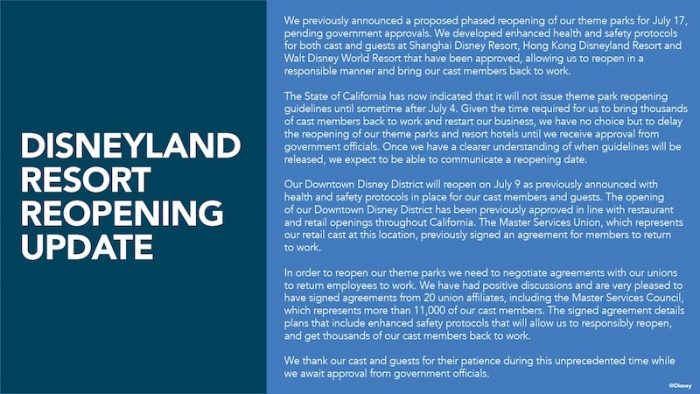 At this time, Disney World is still set to begin the phased reopening of its theme parks beginning July 11th and July 15th. We will share more details on the reopening of Disneyland Resort as information is announced. Stay tuned!

« This New Disney x Loungefly Pocahontas Collection Has All the Colors of the Wind!
Will Disney World Add More Park Pass Availability For Passholders and Ticket Holders This Week? »