Temperature and bag checks went smoothly and we were allowed inside the park just a few minutes before for the first group of Rise of the Resistance boarding passes to be released at 10AM.

Originally, Disney World announced they would not be using virtual queues for any theme park. Later, they retracted this statement and said Disney’s Hollywood Studios would, in fact, reopen with a modified virtual queue for Rise of the Resistance. The virtual queue feature is accessible on the My Disney Experience app. 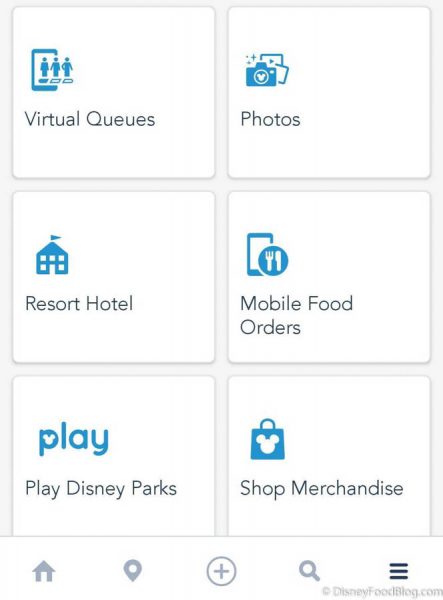 Instead of arriving at the park super-early in the morning and jockeying for a spot, groups of boarding passes will now be released in batches three times a day (10AM, 1PM, and 4PM). Guests can only join one boarding group per day and getting a spot in a boarding group still doesn’t guarantee you’ll actually get to ride the new attraction. 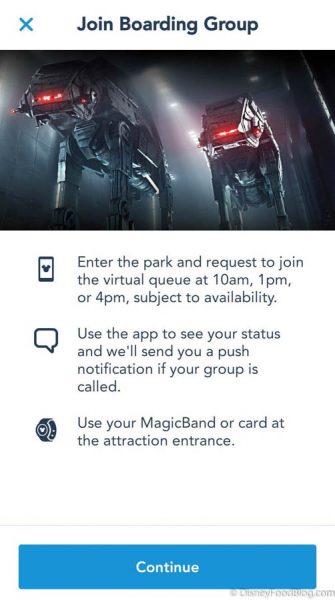 When the first group of Rise of the Resistance boarding passes was issued at 10AM this morning, they were distributed within 3 MINUTES! 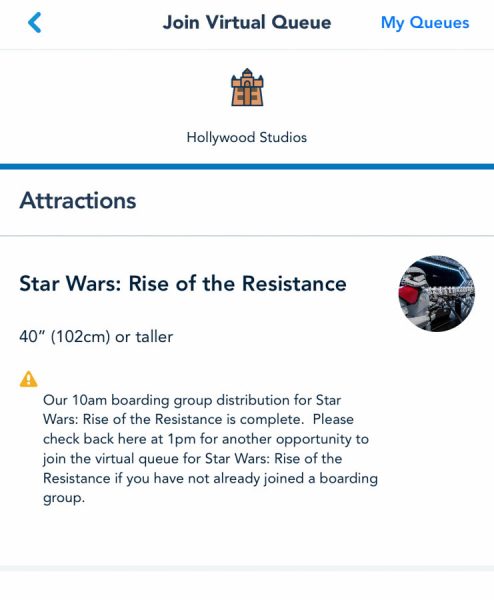 If you’re visiting Disney’s Hollywood Studios today, you’ll still have the chance to join a boarding group at 1PM and 4PM, but we’d make sure you set a reminder since these groups are also liable to go fast!

Did you get a 10AM boarding group for Rise of the Resistance? Let us know in the comments below!

« What’s New in Magic Kingdom — a Refurbished Monorail, a Spitting Camel, and MORE!
DFB Video: The Worst (and Most Likely) Places To Get Stuck In Disney World! »