Although we’re familiar with using Disney’s Magical Express and the Minnie Van Service, it would be great to take a train straight from the airport to the Walt Disney World parks and resorts.

While most of the Disney World transportation has started to reopen, the next form of transportation in the parks may not even be under the “Disney brand” at all.

In a recent report from the Orlando Sentinel, the Virgin Trains that have been scoping out a Walt Disney World station have now been replaced under the Brightline name. As a recent financial report by the train company has stated, the Orlando International Airport has a station in progress at the moment that’s projected to start service in 2022.

However, while the station line will hopefully stretch from Orlando to Tampa, Brightline is looking to have a stop at Disney World (which has been in progress since earlier this year). On top of Disney World and Tampa, there could even be a stop at the SunRail Station that would provide commuters more access to Orlando. 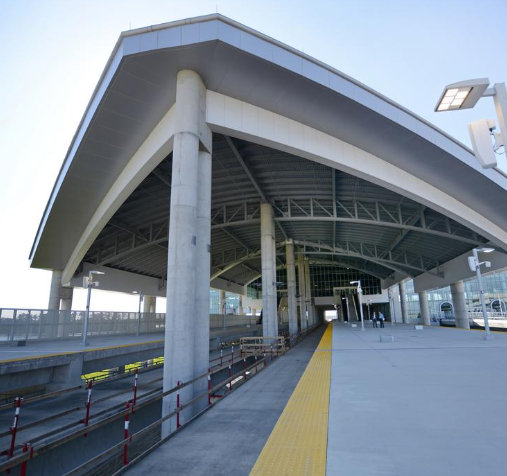 The bond report noted that, “The extension of our system from the Orlando airport to the Disney station would also serve as the first phase of a potential future connection to Tampa.” As they continue to make negotiations with Disney, Brightline believes that they will be “opening the Disney station shortly after opening the Orlando airport station.”

As the trains continue to make progress on building stations, we’ll continue to look into the possible Disney World stop that could be coming soon!

What is your favorite form of Disney transportation? Let us know in the comments below!

« Match With Your Favorite Disney Characters and Attractions By Wearing the Newest Graphic Tees in Disney World!
5 Things That Surprised Us About How Disney World Rides Are Cleaned. »