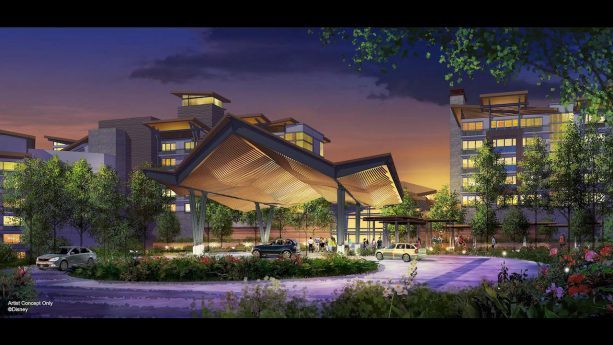 The nature-themed accommodations were to be situated on the shoreline of Bay Lake, tucked between Disney’s Wilderness Lodge and Fort Wilderness Resort and Campground and clearing of the land had already commenced.

Disney has recently told us certain projects will be picked back up in phases, but they’ve yet to make an official statement regarding whether or not construction on Reflections — A Lakeside Lodge will resume. Despite having several construction permits filed in the area a few months ago, construction and development on the new resort may have been canceled.

Reporter Scott Gustin was the first to notice Reflections — A Disney Lakeside Lodge has been recently removed from the official D23 blog announcement that was posted in 2019. At the time this announcement was made, current Disney CEO Bob Chapek was acting as Disney Parks, Experiences and Products Chairman and unveiled a series of upcoming developments we could look forward to on our future trips to Disney World.

NEW: Disney has updated its 2019 D23 Expo announcements blog post and removed Reflections – A Disney Lakeside Lodge. BEFORE and AFTER screenshots attached.

It's worth noting the original EPCOT plans that have since been modified are still in the post.https://t.co/uy25DWjo9M pic.twitter.com/juP9F7nw5g

As you can see from the screenshot below, the mention of Reflections — A Lakeside Lodge has now been completely removed and the timeline skips immediately from Disney Genie to the Star Wars-themed hotel. 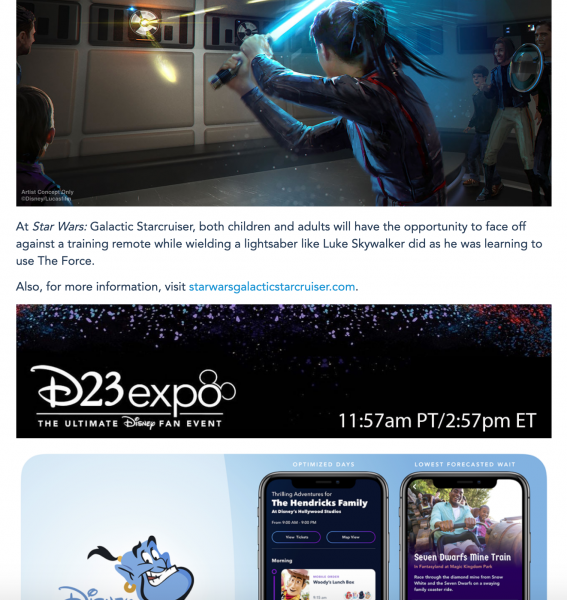 According to Gustin, Disney has retroactively made changes to their D23 announcements before, most notably after plans for Magic Kingdom’s Main Street Theater fell through.

Disney made similar updates to D23 announcements a few years ago when the Main Street Theater project at Magic Kingdom was canceled.

I have no confirmation from Disney, but the paused construction combined with this update certainly suggests Reflections Lodge is shelved.

Rather strangely, other parts of the D23  post haven’t been altered yet. We already know Disney’s plans for EPCOT have changed since the announcement for the new Mary Poppins-themed attraction was made. Disney has since postponed the project indefinitely, but they haven’t been removed from the post.

Do you think Reflections — A Lakeside Lodge is getting canceled? Share your thoughts with us in the comments below!