Now that Fall is here, we’re ready to have a BIG glass of spiced wine as we binge-watch the Halloweentown series on Disney+ (with pumpkin spice snacks, of course). 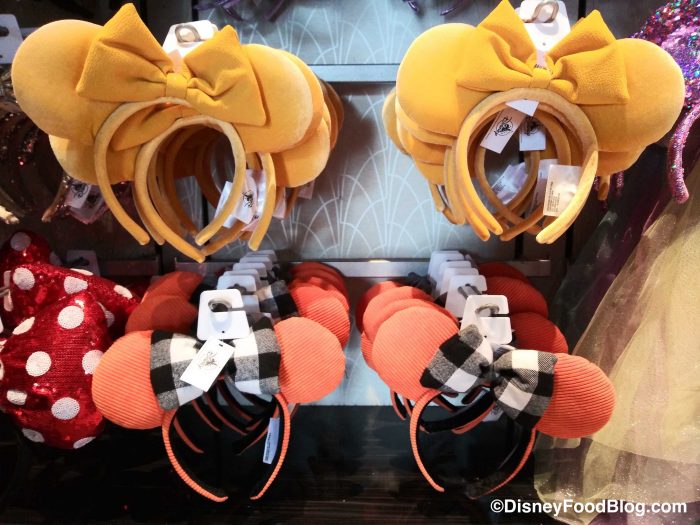 As the leaves will be changing colors soon, so will all the color trends that Minnie Ears are fashioning around Disney World! We may have already picked up both the Yellow Velvet Minnie Ears and Orange Corduroy and Plaid Minnie Ears to pair with our outfits…

…but we’re REALLY feeling the new Frosted Berry Minnie Ears that we spotted during our trip to Disney Springs today! (We’re practically swooning over the color.) 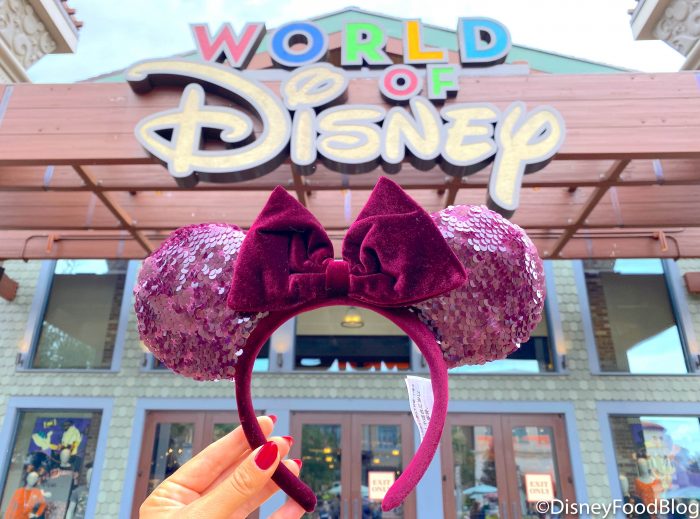 The new ears feature the same velvet bow that we saw on the Yellow Minnie Ears, but these babies are covered in sequins instead for an extra bit of glitter. 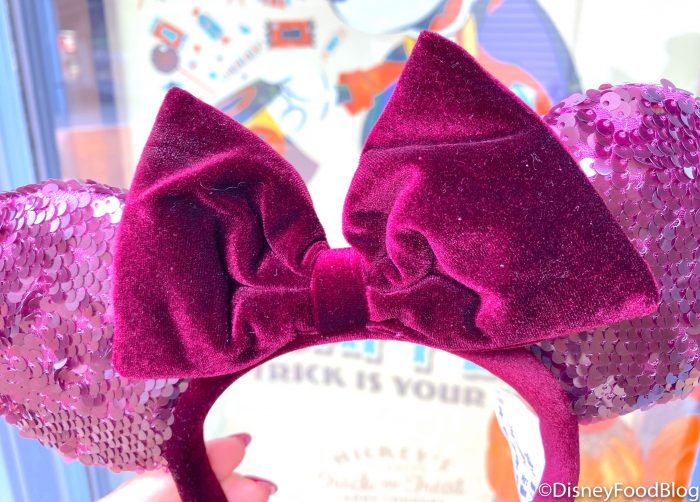 While the contrast between the velvet and sequins is already gorgeous enough, the deep merlot color of the Frosted Berry Minnie Ears has completely sold us on snagging a pair of these ears to wear all Fall long. 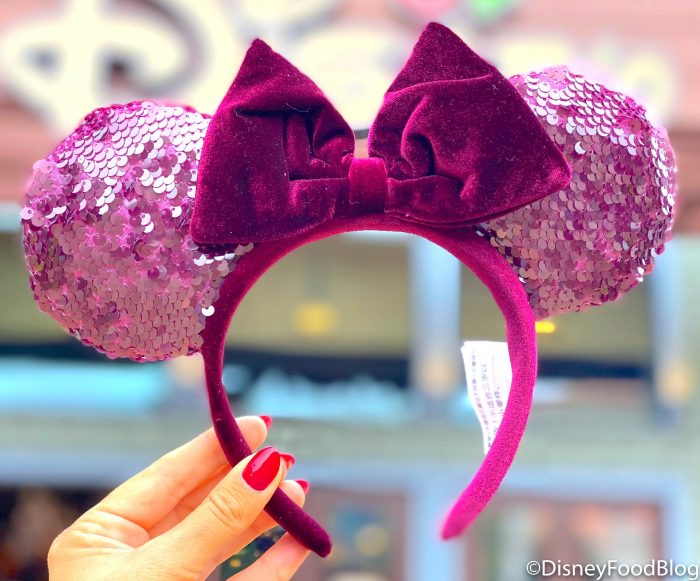 You can pick up the Frosted Berry Minnie Ears for $29.99 at the World of Disney (and hopefully around the rest of Disney World soon)! They might just become your new go-to accessory to wear during your spooky character dining at Hollywood and Vine or strolling along to eat every Halloween treat coming to the parks this season.

Want more Minnie Ears? (Of course, you do!) Take a look at the brand new Food and Wine Minnie Ears we found here!

What’s your favorite pair of Minnie Ears that we’ve spotted in Disney World recently? Let us know in the comments below!

« These Ears Have Us Wanting to Say CHEERS! Check Out the New EPCOT Food and Wine Festival Minnie Ears!
FINALLY! The Disney World Churro We’ve Been Waiting For Has Returned — Along With a Few New Flavors! »