Despite calls from Disney executives for the California Governor to release theme park reopening guidelines, Disneyland is still unable to reopen.

It has been over six months since the Disneyland Resort closed and tens of thousands of folks have seen their vacations postponed or canceled. Disneyland has slowly been canceling vacations scheduled for October, and now another round of cancellations has popped up even later in the month.

We reached out to a Cast Member through the Disneyland Resort App to ask about the current round of cancellations. She told us that Disneyland reservations are currently being canceled through October 24th. 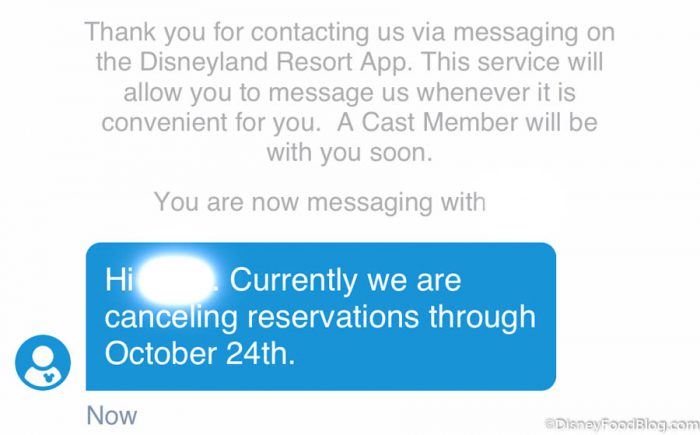 As a reminder, Disneyland reservations are currently available beginning in November but this is no guarantee that the parks will be open by then. Stay tuned to DFB for the latest updates about the extended closure of Disneyland Resort.

Click here to learn the latest in the push to reopen Disneyland.

Were you affected in this round of cancellations? Tell us in the comments!